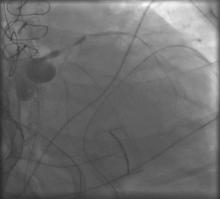 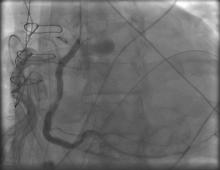 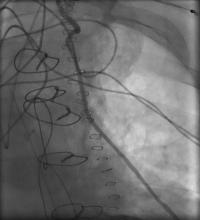 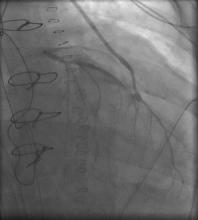 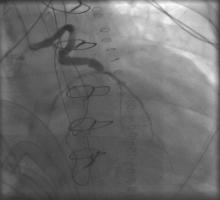 3 years ago
In this dire situation , careful planning of radial access is important. That's the reason we have to familiarize ourselves with the ultrasound machine. What I would do is to mark the centre point of the linear probe with a permanent marker , the centre (middle point) of the usg screen with a marker and after we feel the radial pulse (if any) mark it with sterile marker. Then we use the linear probe to locate the radial artery and the three marker lines should coincide (line up)with one another. The artery if not undergoing spasm should still have pulsatilla flow , then we use micro puncture needle to approach the radial artery. In so doing we wiggle or jab the needle so the tip will appear on usg screen as somewhat dancing. And we adjust the direction accordingly. To me this technique never fails 100 % success rate. It makes the life of a previous femoralist much easier :)

3 years ago
Usg guided radial artery entry is a great technique and should be used in 100% cases for radial artery catherization. It never fails me. Having said that , practice makes perfect . There should be a small learning curve in using the usg. That's why we should practice using it in every case.