The overall rate of depression was relatively low, and about one-quarter of those who were depressed declined treatment. 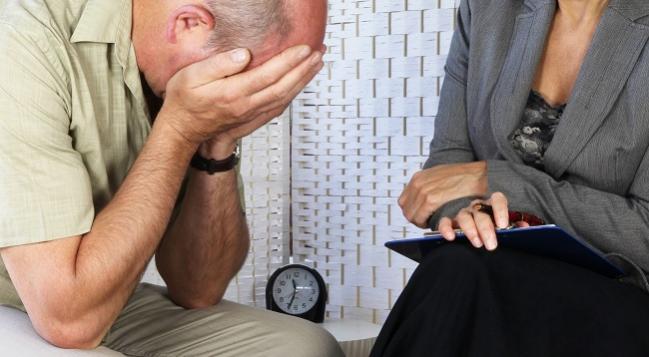 NEW ORLEANS, LA—Routine screening of patients with a recent ACS to identify depression may not lead to significant improvements in quality-of-life (QoL) measures, researchers reported here today. Even when free depression care was offered, about 25% of potential recipients did not take advantage of it, raising questions about how screening efforts should be directed to optimize costs and resource use in this population.

“Notwithstanding the limitations, we still feel that these findings suggest that systematic depression screening, at least in the manner conducted in this trial, may not be warranted and that depression screening guidelines may need to be reconsidered," said study presenter Ian Matthew Kronish, MD, MPH (NewYork-Presbyterian/Columbia University Irving Medical Center, New York, NY), during a featured clinical research session at the American College of Cardiology 2019 Scientific Session.

Post-ACS depression is widely recognized and has been shown to affect about 10% of patients, Kronish noted.

All patients in the four-center study had experienced an ACS in the previous 2 to 12 months and had no prior history of depression. The rate of depression in the entire cohort at 18-month follow-up was 7.1% (7.6% in the screen, notify, and treat group; 6.6% in the screen and notify group). In the screen, notify, and treat arm, 14 of 38 patients opted for therapy, four chose medication only, 10 chose therapy plus medication, and 10 (26.3%) declined treatment for their depression.

Surprisingly, there were no significant differences between the three groups for the primary endpoint of QoL based on quality-adjusted life-years (QALYs), with all having small mean declines in QALYs (P = 0.76 for all comparisons). Similarly, there was no difference in the number of depression-free days, with a range of 339 to 351 for the 18-month period (P = 0.65 for all comparisons). There also were no differences in bleeding, appetite, GI upset, or sleep issues. Mortality at 18 months was 4.5% for the overall cohort, with no differences between the three groups.

Despite the somewhat negative results, Kronish said during his presentation that identifying depression remains an important issue, but that different methods may be needed to identify those who will benefit from treatment and that the treatments themselves need to make a bigger impact in order to justify the cost and effort of offering screening and interventions.

Commenting on the study for TCTMD, Farouc Jaffer, MD, PhD (Massachusetts General Hospital, Boston), said the study may have been too underpowered and the methodology insufficient to provide needed answers.

“These are small numbers of depressed patients,” he observed. “If they could cull the 7% out who were depressed and randomize them to treatment or no treatment, that’s the right study to do. If that’s ethically possible, it would be important because it could justify the whole approach to aggressive screening.”

As for the 26.3% of patients who were identified as depressed and did not accept treatment, Jaffer said that statistic likely speaks to societal issues surrounding depression acceptance and a gap in patient education that remains to be addressed.

“It’s really important to consider that among that group of patients who were recognized as having depression and who otherwise would not have been recognized, what can we do for them?” he added. “At least if they are identified as a depressed person who is not getting treatment, practitioners and family can be a stronger network for them to make sure they are being more frequently assessed, and to periodically raise with them again the question of treatment in a nonthreatening way [that] may help them come around if they’re not doing well trying to go it on their own.”

Physical Fitness Blunts the Impact of Depression on CVD Mortality

Down and Out: Depressed CAD Patients Twice as Likely to Die as Those Without Depression