An embargo break on the low-risk TAVR trials, hype and hope from the Apple Watch Study, life lessons after a plane crash, and more. 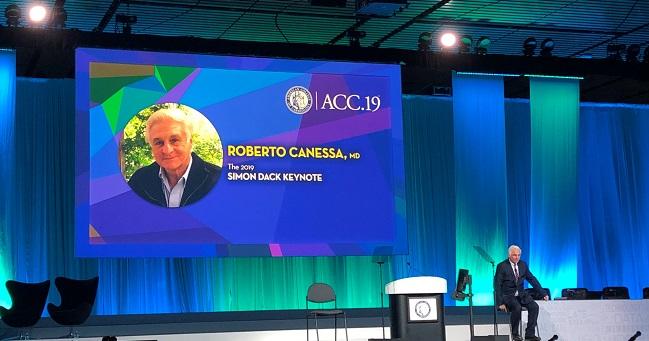 “When the plane hit the mountain, I thought: I’m dying.”

Those were among the first words uttered at the start of the 70th anniversary of the American College of Cardiology Scientific Session, which kicked off today in New Orleans. Pediatric cardiologist Roberto Canessa, MD, who delivered the Simon Dack keynote lecture this morning, was a 19-year-old medical student travelling with his rugby team when their chartered plane crashed in the Andes Mountains in 1972.

Only 16 people would ultimately be rescued after Canessa and one of his team-mates trekked 10 days through hazardous high-mountain conditions to summon help. As Canessa told his packed audience here today, it was he who would, “with huge humiliation,” swallow the first piece of frozen flesh, carved from the body of one of his teammates, to survive until help arrived.

In a rapid-fire delivery that speaks, perhaps, to how many times he has recounted this extraordinary story, Canessa described the crash and the frantic prayers of his friends as the plane hit the mountain, then started to slide down its face. When it finally slammed to a halt, Canessa was thrown against the wall of the plane, hitting his head, but when he came to and realized he was alive, he realized how lucky he was: the wings and the tail of the plane were gone, the co-pilot was dead and the pilot completely entangled in the fuselage and controls. One teammate had lost his leg, another stepped through the snow and disappeared. Further calamity ensued, including an avalanche that would kill eight more passengers, including the captain.

The survivors would learn that the search was called off. At one point, said Canessa, “I felt a sensation I thought I’d never have: I looked at the dead people and I had envy for them.”

The Main Tent was crowded but hushed. People laughed, softly, when Canessa described one of his teammates saying he wouldn’t invite Canessa to his sister’s 15th birthday barbecue next year, because Canessa was “behaving badly,” that is, not focusing on survival.

In fact, Canessa said, “I’ve learned in life, that the simple basic things are the things that get you out of trouble.” It was thoughts of his mother’s grief, he said, that helped him with the grim decision that he and his friends would need to resort to cannibalism to survive.

Don’t wait for your plane to crash to realize how happy you are. Roberto Canessa

And there were tears, surely, when Canessa summoned his wife on-stage—she was his 19-year-old girlfriend at the time of the crash. She stepped to the microphone and described the wait for any news that Canessa might have survived, then more appreciative laughs when she detailed how shrunken and weak her hero appeared when she finally got to see him.

The next few days of the ACC program are laced with sessions related to physician burnout. Canessa this morning reminded physicians to find their inner strength and to remember that they, too, will find themselves in situations where they can offer help when others can’t.

“Don’t wait for your plane to crash to realize how happy you are,” he said. “All the people in this room have more than they need and do less than they could.”

Every day, he said, “I look at myself in the mirror I tell myself, thank God, I am the same silly person as always. Don’t ever think you are more than anyone [else].” 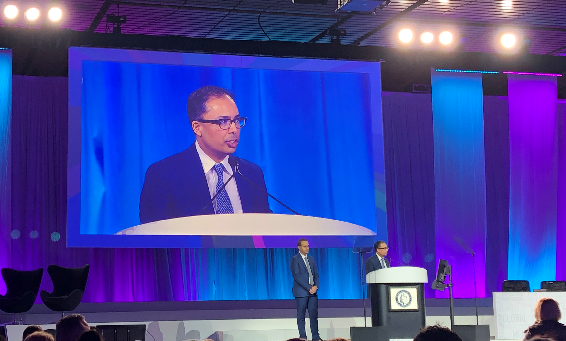 Immediately after Canessa’s moving talk, the Main Tent switched to the first late-breaking clinical trial session, this one dedicated to the much-hyped Apple Watch Study. The study enrolled a vast swath of Apple Watch-wearers who agreed to use an app that depends on a light sensor to intermittently measure blood flow activity and heart contractions. If aberrant “tachograms” occurred, a notification was sent to the watch-wearer.

We’ll have full results from the study on TCTMD soon, but in nutshell: 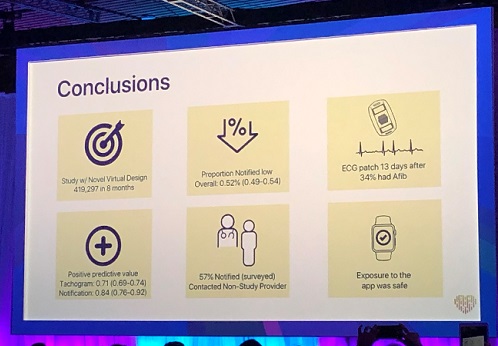 In the discussion that followed the Main Tent presentation by Mintu Turakhia, MD, and Marco Perez, MD (Stanford University, CA), panelists queried the impact of the study, including whether it should be regarded as a proof-of-concept study or should actually impact patient care? Indeed, asked Jeanne E. Poole, how should generally cardiologists combat the potential flood of patients that this much-hyped study might trigger to doctor’s offices, come Monday?

Dr. @mikevalentineMD: “How will the Apple heart study change practice?”

Dr. O’ Gara: “Most of us will have to get rid of our flip phones!” ;) #ACC19 @ACCinTouch @iamritu @DrMarthaGulati 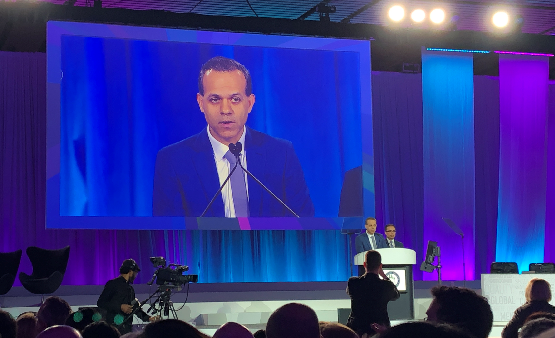 Perez, in response, stressed that this is a first step towards using wearable technology for study, and practice. “These findings may inform further clinical evaluation after notification, when taking into consideration things like the history, physical examination, and other clinical observations,” he said.

Never a dull moment! Following an embargo break by Reuters, the ACC and the NEJM decided to lift the embargo on the two low-risk TAVR vs SAVR trials, that were supposed to be tomorrow's show-case. We've posted a brief story summing up the key results and will get you a detailed story, complete with insider and outsider insights, as soon as we can pull those together.