The FDA follows its own precedent for permitting labelling additions, based on how it approved expanded indications for DES. One expert says this is flawed. 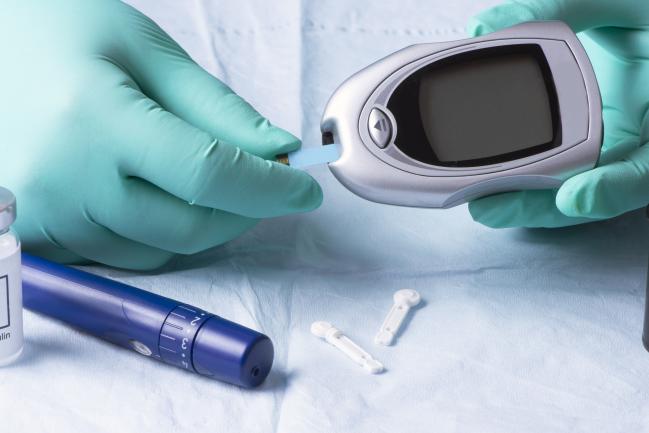 Designed in concert with the US Food and Drug Administration (FDA) to support a label expansion for the Absorb GT1 bioresorbable vascular scaffold (BVS; Abbott Vascular) for diabetic patients, a substudy of the ABSORB trials met its prespecified performance goal for target lesion failure at 1 year in this high-risk population. However, some question the appropriateness of using performance goals to justify broader indications when the devices in question were not developed to specifically benefit this patient subgroup.

Patients with both diabetes and coronary artery disease have long posed challenges in care, and many operators still grapple over whether any given patient is better suited to CABG versus PCI. Diabetes alone has been shown to be an independent predictor for complications like stent thrombosis, and many such patients also have complex, multivessel disease.

The Absorb BVS was approved by the FDA in July for the broad treatment of CAD following a direct comparison against a conventional everolimus-eluting cobalt-chromium stent (Xience, Abbott Vascular) in ABSORB III. For the diabetes analysis published online ahead of print earlier this week in JACC: Cardiovascular Interventions, Dean Kereiakes, MD (The Christ Hospital, Cincinnati, OH), and colleagues pooled data from 754 diabetic patients (27.3% insulin-treated) enrolled in the ABSORB II, ABSORB III, and ABSORB Japan trials and the single-arm ABSORB EXTEND registry who received at least one Absorb BVS.

Following the precedent set when the Resolute zotarolimus-eluting stent (Medtronic) became the first DES to receive an FDA indication specifically for diabetes in 2012, the researchers worked with the FDA to set a performance goal of 12.7% target lesion failure at 1 year for Absorb—8.2% derived from historical Xience data from the SPIRIT IV trial plus a 4.5% noninferiority margin. The actual rate of target lesion failure observed with Absorb at 1 year was 8.3% in this substudy (P = 0.0001 for noninferiority). Scaffold thrombosis was reported in 2.3% of patients.

Patients who were on insulin generally had higher rates of complications, including target lesion failure, MI, ischemia-driven TLR and TVR, and scaffold thrombosis. Also, older age, insulin treatment, and smaller vessels were shown to be independent predictors of target lesion failure at 1 year in diabetic patients on multivariate analysis. Lastly, adverse events were less frequent in patients with reference vessels ≥ 2.25 mm in diameter.

Caught in a Precedent

But not everyone thinks results from studies like the analysis by Kereiakes et al represent the best pathway to new device labelling. A study designed like this only encourages the “labeling race” that the FDA has created since giving Resolute and subsequent DES the expanded indication for diabetes, argues Ron Waksman, MD (MedStar Washington Hospital Center, Washington, DC), in an editorial accompanying the study.

“A potential impact of this labeling was increased usage of the Resolute ZES stent in diabetic patients, as some physicians now erroneously believed that it had been shown to be superior to other second-generation DES for the diabetic population,” Waksman writes.

“If I’m telling you that this stent is good for diabetes, you’d think that it would have some properties that would work better for diabetes,” he told TCTMD. “This is not true.”

But Waksman has less of a bone to pick with the researchers—or especially the funders of this study, “who will do anything they can to get the quickest and broadest labeling”—than he does with the FDA itself. “It's not only this stent. It's all the stents. My point is not about Absorb. My point is that the whole issue of [device] labeling for diabetic patients for a stent that is not designated to take care of diabetic patients is misleading both to patients and physicians,” he said, adding, “And that's why it's becoming a marketing stunt.”

The FDA is caught in the “precedent,” they set for themselves, Waksman argued. “They [are using] the performance goal from an old stent and now everybody that's going to meet that is going to get that labeling,” Waksman added. The way to fix this, he suggested, is for the FDA to mandate that the manufacturers of stents and scaffolds seeking indication for diabetic patients to sponsor a study comparing all of them and “letting academia run it,” similar to the DAPT Study.

‘As Good as It Gets for Label Expansion’

On the other hand, Kereiakes told TCTMD that the FDA’s mission is to “assure reasonable safety and efficacy” and that performance goals like the one derived for this substudy in a “conservative fashion” are an acceptable way to do so.

“It’s nice for Ron Waksman or anyone to say that ‘We would like a better mousetrap. We would like a pivotal randomized trial of diabetic patients for $35-$40 million.’ That’s not going to happen,” he said.

Kereiakes acknowledged the need for an even better option for diabetics, namely a stent or scaffold designed specifically for them, but until that happens, he believes the Absorb BVS is safe and effective to use in these patients with “appropriately sized vessels” of greater than 2.25 mm in diameter by QCA or 2.5 mm on visual estimate.

As for what he would implant in a diabetic patient right now, “it’s a jump ball,” he said, adding that both Xience and Absorb “perform well.” Patient age and the amount of vessel calcification would play into his decision, as “younger patients probably do better with the BVS because they have better functional capacities. . . . Calcified vessels probably do worse with a BVS to the extent that it has thicker struts, [and] it may be less easy to get full expansion and apposition in a calcified vessel,” Kereiakes said.

Overall, “this is about as good as it gets for a label expansion,” he concluded. “The performance goal was not pulled out of a hat. It is not a low bar. It actually was created out of data generated with the Xience stent, which to date had been the gold standard. I understand criticism of these performance goals and saying that it misleads the doctor, . . . but I think the doctor needs to be educated.” Assuring physicians about the reasonable safety and efficacy of the device in the setting of diabetes was the purpose of the current analysis, not educating them about the FDA’s processes, he added.

Efficacy and Safety of the Absorb Bioresorbable Scaffold for Treatment of Patients With Diabetes Mellitus: Absorb Diabetic Substudy