A marked increase in bleeding outweighed any potential modest reduction in thrombotic events versus standard prophylaxis.

Therapeutic-dose anticoagulation primarily consisting of rivaroxaban (Xarelto; Bayer/Janssen), compared with standard thromboprophylaxis, does not improve outcomes in patients hospitalized with COVID-19 who have elevated D-dimer levels, according to results from the randomized ACTION trial.

A “win ratio” analysis indicated that full-dose anticoagulation was no better, and potentially worse, than usual care in terms of a hierarchical composite endpoint of mortality, duration of hospitalization, and duration of oxygen use through 30 days, Renato Lopes, MD, PhD (Duke Clinical Research Institute, Durham, NC), reported over the weekend during the virtual American College of Cardiology 2021 Scientific Session. 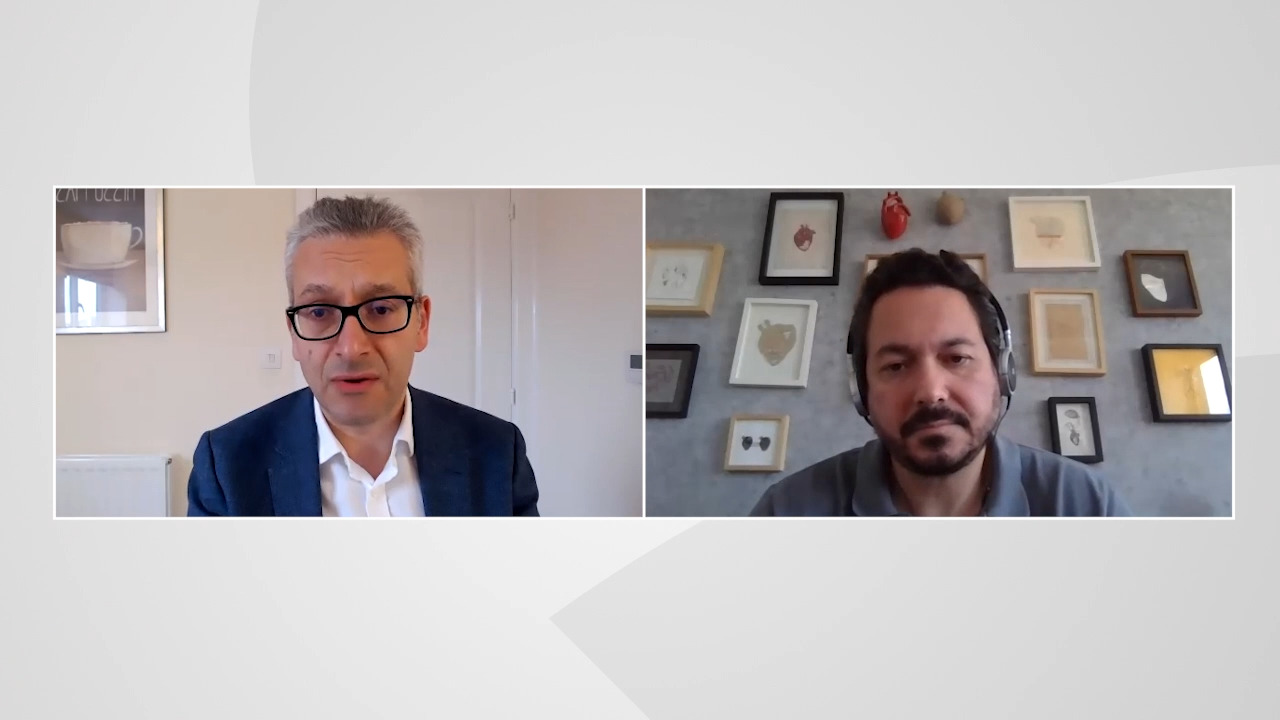 “The hope was that the benefit in reducing thrombotic events and reducing mortality and reducing duration of hospitalization would be greater than the potential increase in bleeding, and unfortunately we did not see that,” Lopes told TCTMD. “Therefore, that gives the answer that routine anticoagulation with this oral agent for 30 days in COVID patients who are hospitalized should not be done, as we are seeing has been done in an off-label fashion by many sites in many countries.”

Evidence emerged early on during the pandemic that COVID-19 is characterized by a prothrombotic state, with perhaps a much higher thrombotic risk compared with other viral infections. Some centers started using higher-than-standard doses of thromboprophylaxis in hospitalized patients, although practice varied widely in the absence of randomized data. Dozens of trials have been launched to fill that gap, with some reporting results, although there is still no consensus about the best approach to anticoagulation.

For the ACTION trial, conducted in Brazil, investigators randomized 615 patients (mean age 57 years; 60% men) who were hospitalized with confirmed COVID-19 and had elevated D-dimer levels at admission to therapeutic-dose or prophylactic-dose anticoagulation. Therapeutic anticoagulation involved in-hospital rivaroxaban 20 mg daily for stable patients (94% of the cohort) and in-hospital enoxaparin 1 mg/kg twice daily for those deemed unstable; rivaroxaban was continued after discharge through 30 days, regardless of the length of hospitalization. The control group received standard prophylactic anticoagulation in the hospital.

The hope was that the benefit in reducing thrombotic events and reducing mortality and reducing duration of hospitalization would be greater than the potential increase in bleeding, and unfortunately we did not see that. Renato Lopes

About three-quarters of the patients needed some type of oxygen support, and 83% were treated with systemic corticosteroids. Roughly nine out of 10 were being treated with anticoagulation (mostly standard thromboprophylaxis) before randomization. About one-quarter (27%) had a D-dimer level at least three times above the upper limit of normal.

The primary outcome was a hierarchical analysis of mortality, duration of hospitalization, and duration of oxygen use through 30 days, assessed using the unmatched win ratio method, which involves the comparison of each patient in one arm of the trial with every patient in the other arm for each outcome. The total number of “wins” is divided by the total number of “losses” for each outcome, with a ratio greater than 1 thus indicating a better outcome.

In this analysis, full-dose anticoagulation won in 34.8% of comparisons versus 41.3% in the control arm, for a nonsignificant win ratio of 0.86 (95% CI 0.59-1.22). That means therapeutic anticoagulation tended to fare worse, and that was seen for each of the composite outcome’s individual components. Findings were consistent across subgroups.

ISTH major bleeding, ISTH clinically relevant nonmajor bleeding, and any bleeding were all increased in the therapeutic-dose group, which could have contributed to the trends toward worse overall outcomes in that arm, Lopes said.

At first glance, the findings appear to contradict those of an international, multiplatform trial released earlier this year, which suggested that moderately ill hospitalized patients with COVID-19—but not those in the ICU—derive a benefit from therapeutic-dose anticoagulation. Those results were issued by press release and a slide set but have not yet been published in a peer-reviewed journal.

In ACTION, the vast majority of patients (82%) were considered to have moderate disease severity. What, then, explains the disparate results between the two trials?

Lopes cautioned that the field needs to wait for full publication of the multiplatform results, as the reported events had not been adjudicated. Assuming the results hold up, though, there could be several potential explanations underlying the conflict between the two trials, he said. ACTION was unique in that it tested therapy primarily with a direct oral anticoagulant in the therapeutic-dose arm and extended treatment through the postdischarge period for up to 30 days. Most other trials, including the multiplatform effort, used heparin and confined treatment to the hospital setting.

The choice of agent could be important, Lopes explained, because heparin has been shown to not only have anticoagulant effects but also anti-inflammatory and possibly direct antiviral effects, which may not be the case for an oral factor Xa inhibitor like rivaroxaban.

Moreover, despite the fact that both populations were deemed moderately ill, there could be key differences in patient characteristics and comorbidities, Lopes said, adding that he believes instead that the contradictory results are mostly due to type, dose, and duration of anticoagulation.

ACC Vice President Edward Fry, MD (Ascension Medical Group, Indianapolis, IN), also pointed to potential differences in the patient populations to explain the discrepant findings, but raised the possibility that differences in the SARS-CoV-2 variants circulating when the trials were being conducted could have come into play. The P.1 variant first detected in Brazil has been shown to be more-transmissible than original strains, although it’s unclear whether it causes more-severe disease or affects susceptibility to bleeding or the effects of anticoagulation.

The best approach for anticoagulating hospitalized COVID-19 patients is still unclear, Lopes said. But the ACTION results indicate that “we clearly should not use DOACs in therapeutic doses. Based on our study, the classic prophylactic heparin should still be used.”

He noted that there are over 30 ongoing trials evaluating anticoagulation in patients with COVID-19. Once they’re all completed, it will be important to pool all of the data in a meta-analysis to see if there is a treatment effect from therapeutic-dose anticoagulation and to answer questions about the appropriate agent, dose, and target population, he said. Such an effort is being planned.

While awaiting more-definitive data, Fry said anticoagulation should be managed in an individualized fashion for patients hospitalized with COVID-19, taking into consideration other indications for treatment as well as both thrombotic and bleeding risks assessed using biomarkers and other clinical factors.

Asked whether physicians should be using higher therapeutic doses in some patients, Fry responded: “I think based on this information, no, until we understand how to better risk-stratify patients.”

He underscored that COVID-19 has challenged what’s been known about thrombotic illnesses, introducing novel mechanisms of clotting. He cited evidence of neutrophil extracellular traps (NETs), as well as cases of vaccine-induced immune thrombotic thrombocytopenia (VITT) associated with some COVID-19 shots.

“So I think for our traditional understanding of patient management, we’re really looking at it through an old lens of how we would treat VTE, or prophylax VTE, or how we would treat arterial thrombi,” Fry said. “And then I think the issue is that uniformly this is an inflammatory illness, and so things that impact the degree of inflammation and what inhibits or treats inflammation may have a much bigger impact unknowingly on the thrombotic complications.”

He highlighted the difficulty of studying interventions for patients with COVID-19. As with all clinical trials, he said, “we have many more questions than we have answers, and we continue to humbled by COVID.”

INSPIRATION: No Dip in COVID-19 Deaths or Thromboses With Higher Anticoagulation Dose

How COVID changed our practice patterns

Interventional Cardiology in the Era of COVID-19