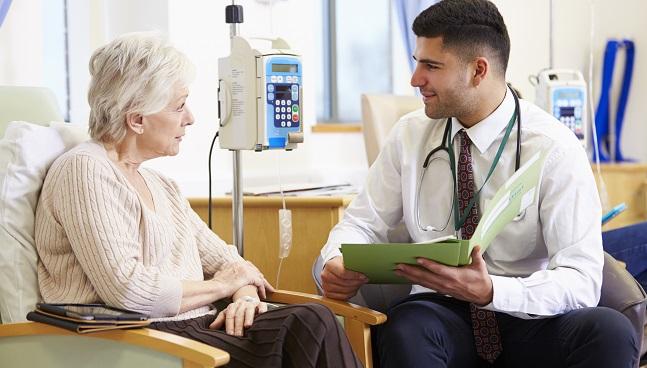 Fewer than half of all women with breast cancer treated with chemotherapy are followed up with the recommended cardiac monitoring to help identify left ventricular dysfunction, according to a new, 5-year study.

Younger women are less vulnerable, due to having fewer comorbidities on the whole, but they also tend to live longer and get more aggressive chemotherapy, lead author Mariana L. Henry, BS (The University of Texas MD Anderson Cancer Center, Houston), and colleagues point out. Theirs is the first study, they say, to study patterns in cardiotoxicity and cardiac monitoring to such a degree across a population that includes both younger and older women.

Trastuzumab (Herceptin) in particular, the “cornerstone of systemic therapy for patients with HER2-positive tumors,” is linked to cardiotoxicity in about 4 to 10% of women, they note. As such, the National Comprehensive Cancer Network recommends that women given trastuzumab undergo echocardiography or radionuclide ventriculography prior to their regimen and then at every 3 months during treatment.

It’s unclear why these guidelines aren’t being met, the investigators acknowledge. It may be that monitoring drops off after baseline because cardiotoxicity tends to manifest within the first 3 months of chemotherapy. “Other factors may include a lack of awareness of cardiac monitoring and a perceived lack of clinical relevance or need among physicians,” they suggest.

Better understanding of who’s at risk could help clinicians prioritize monitoring in the patients who need it most, they say.

A total of 692 patients (4.2%) developed heart failure after undergoing chemotherapy, though the rate reached as high as 8.3% among patients aged 65 years or older.

Patients who took trastuzumab compared with those who did not showed a higher heart failure rate (8.3% vs 2.7%; P < 0.001), but the difference was attenuated in patients who did versus didn’t receive anthracyclines (4.6% vs 4.0%; P = 0.048). Patients given both drugs were at highest risk.

After adjustment for confounders, patients taking either type of drug were at added risk of cardiotoxicity. Other independent predictors were Deyo comorbidity score, hypertension, and valve disease. Younger age, meanwhile, was associated with reduced risk.

In all, 4,325 patients were taking trastuzumab, of whom 73.5% underwent cardiac monitoring at baseline. But only 46.2% had guideline-adherent cardiac monitoring that continued throughout treatment. Within this cohort, women receiving anthracyclines, taxanes, and radiation were more likely to be monitored, as were those treated in more recent years. There also were regional differences, such that women who lived in the western US were less apt to receive this monitoring than those in the northeast.

As the number of women with breast cancer is expected to rise, it’s likely that treatment-related cardiotoxicity will also do so, they note, calling for more research, evidence-based guidelines, and prediction tools.

“Because cancer therapies are associated with rare but clinically relevant cardiac toxicities, we should continue to look for a more cost-effective way of detecting cardiotoxicity, with the understanding that the primary objective is not only to identify toxicities but to improve outcomes,” the researchers conclude, adding that guideline-adherent monitoring may be a marker of quality cancer care.

But as noted by Chau T. Dang, MD (Memorial Sloan Kettering Cancer Center, New York, NY), and colleagues in an accompanying editorial: “To date it remains unclear whether detection of asymptomatic LVEF decline predicts for the subsequent risk of overt heart failure in patients with early stage breast cancer treated with trastuzumab-based therapy.”

The best means of prevention in patients receiving cardiotoxic chemotherapy is also unknown, they say, adding that women at low risk might not even need stringent LVEF monitoring. Future trials should look at monitoring schedules that take into account both patient risk and the riskiness of specific chemotherapy regiments, Dang et al conclude. “Strong collaboration between our cardiology and oncology communities is critical as we aim to optimally treat patients with the most effective cancer therapy, with minimal interruption, while achieving the best short-and long-term cardiac outcomes.”

‘We Have to Go to Them’: New Global Initiative for Treating Rheumatic Heart Disease

In Older Breast Cancer Survivors, CVD Risk May Fly Below the Radar