After More Than a Decade of Public Reporting, CABG Outcomes in Massachusetts Beat National Average

Whether public reporting deserves the credit—or whether risk aversion plays a role—can’t be deduced from the observational data, one author says. 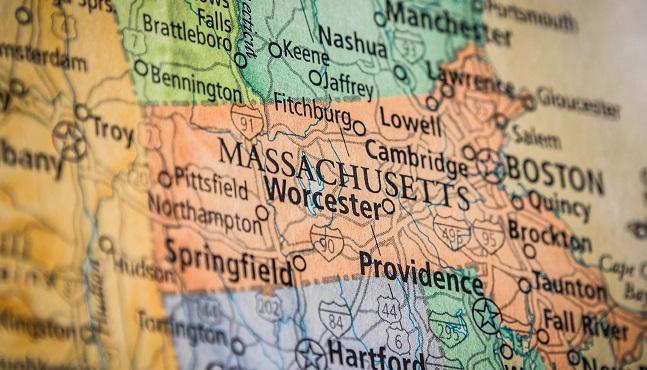 In a 12-year period after public reporting of cardiac surgery outcomes was legally mandated in Massachusetts, CABG programs in the state consistently achieved mortality rates lower than the national average, a new analysis shows. What’s not clear, however, is why.

After risk adjustment, patients treated in Massachusetts had lower risks of a composite of in-hospital and 30-day mortality (OR 0.82; 95% CI 0.69-0.98) and 30-day mortality (OR 0.79; 95% CI 0.66-0.96) during the study period compared with national data from the Society of Thoracic Surgeons (STS) that excluded Massachusetts, David Shahian, MD (Massachusetts General Hospital, Boston), reported earlier this week at the American Association for Thoracic Surgery annual meeting in San Diego, CA.

He told TCTMD that there are several potential explanations for the superior outcomes: generally positive effects on the activities of physicians, including the incentive to perform at a high level and be recognized for their expertise; “determination of need” regulations that have resulted in fewer, higher-volume programs in the state; the concentration of cardiac surgery programs in major academic tertiary centers or their affiliates; and risk aversion.

“In terms of risk aversion, I would say that our data are inconsistent,” Shahian said. “There are some findings that would suggest risk aversion, such as the lower rates of a few high-risk patient characteristics, but there are other findings that would argue against it, particularly the overall expected mortality rates in Massachusetts, which were consistently higher or the same as national rates.”

The data really can’t provide an explanation for the better outcomes in Massachusetts, he added.

“Causal associations are very hard to infer from an observational study,” Shahian said. “All we can really say is that during a fairly lengthy period of public reporting, our risk-adjusted results were consistently superior to national results. One has to think that in some way these findings were associated with public reporting, but we don’t know the precise mechanism.”

Assessing the Impact of Public Reporting

The public reporting of outcomes has proven controversial in the realm of interventional cardiology in recent years, but cardiac surgery has a longer experience with the approach, despite only a handful of states having such requirements, Shahian pointed out. Still, there remain questions about whether public reporting ultimately improves outcomes and whether there are unintended consequences.

Shahian and his colleagues delved into those issues using data from Massachusetts, which passed legislation requiring public reporting in 2000 and formally started the program in 2002. In this study, the investigators examined data on 40,655 isolated CABG operations performed in Massachusetts and more than 1.8 million performed nationally between 2003 and 2014. There were three cohorts formed using cases submitted to the Massachusetts Data Analysis Center (Mass-DAC), Massachusetts cases in the national STS database, and all US cases (excluding Massachusetts) from the national database.

The numbers of isolated CABG operations performed fell over time, although the decline was less in Massachusetts (by 33.5%) than in the STS database (by 56.1%) or in New York (by 50.7%), another public reporting state. The reason for the discrepancy is unclear, but “I think our long-standing history of careful attention to appropriateness may have blunted the effects seen elsewhere,” Shahian speculated.

Operative and 30-day mortality were lower in Massachusetts than in the national data throughout the study period. There was a dip in mortality in the state to a low of about 1.2% in 2011, followed by a rebound; that phenomenon was not seen nationally. Again, the reasons are unclear, but it’s possible that either discontinuation of surgeon-level reporting of outcomes in 2010 or simply regression to the mean could be at play, Shahian said.

No Compelling Evidence of Risk Aversion

Evidence from the study is mixed when it comes to determining what role, if any, risk aversion behavior had in the results, Shahian said.

Findings suggestive of risk aversion were lower rates of certain high-risk characteristics in Massachusetts, including cardiogenic shock, emergency status, and acute MI in the last 24 hours, as well as declines in expected mortality rates based on STS risk models from 2003 to 2007.

Moreover, he said, Massachusetts may have seen lower rates of cardiogenic shock and other high-risk features because there was an additional level of peer adjudication that may have resulted in more accurate coding and, thus, fewer reported cases.

There could have been individual cases of risk aversion that occurred during the study period, but the aggregate data do not provide a clear answer one way or another about the impact of such behavior, Shahian said.

“We always have to be on the lookout for potential risk aversion because we don’t want to deny care to any patient who should be receiving it because of concerns related to public report cards,” he said. “But on the other hand, we don’t see any compelling evidence for this unintended consequence in Massachusetts.”

He pointed out, however, that risk aversion might not always be a bad thing. “Risk aversion can be a negative consequence of public reporting, but increased awareness of risk can also have positive consequences,” he explained. “For example, it may lead to high-risk patients being cared for in higher-performing, more experienced programs.”