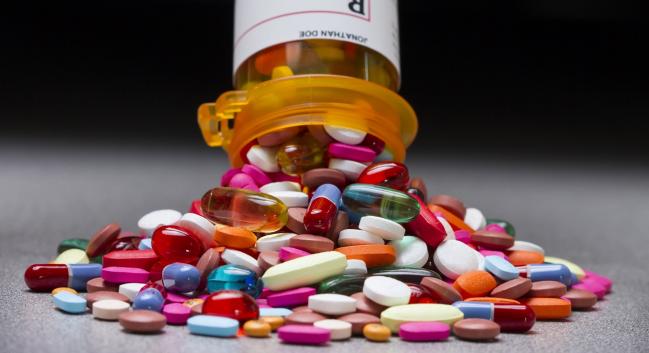 A new analysis is calling into question the concept of treating all elderly patients with prevention therapies given the low prevalence of cardiovascular risk among those with low or no coronary artery calcium (CAC), low galectin-3, or no carotid plaque.

“In recent years, the indications for primary prevention with statin therapy have been lowered considerably in many guidelines. Thus, today, most healthy elderly individuals > 65 years of age qualify for risk-based statin therapy just because of aging alone,” lead study author Martin Bødtker Mortensen, MD, PhD (Aarhus University Hospital, Denmark), told TCTMD in an email. “We therefore wanted to identify novel risk markers that are able to identify those elderly individuals who are truly at low risk for cardiovascular disease despite advancing age. This is fundamentally opposite from the usual approach in younger individuals where risk markers are used to identify patients at high risk for cardiovascular disease.”

While previous studies have shown that the absence of CAC on CT confers a low risk of cardiovascular disease, Mortensen said that his team was “surprised to see just how powerful this negative risk marker is.” They found that among 5,805 participants in the BioImage study (mean age 69 years), those who had a CAC score of zero (32%) or no more than 10 (38%) had about an 80% lower-than-expected risk for coronary heart disease given their traditional risk factors. Other strong negative risk factors were levels of galectin-3 below the 25th percentile and the absence of carotid plaque.

The findings were published online ahead of the July 9, 2019, issue of the Journal of the American College of Cardiology.

Getting Off the ‘Polypharmacy Island’

The most recent update to the American College of Cardiology (ACC) and American Heart Association (AHA) cholesterol guidelines gave the green light to physicians to use noninvasive CAC screening as a decision-making tool for patients who fall into the gray zone for treatment. The next step needed is a greater understanding of the concept of negative risk markers, especially in patients with no subclinical atherosclerotic disease, which “may be key to limiting the potential overuse of preventive therapies in the future,” Mortensen said. “This is especially relevant among the growing elderly population.”

Commenting to TCTMD, James K. Min, MD (NewYork-Presbyterian Hospital and Weill Cornell Medicine, New York, NY), referred to the fact that many elderly patients are on a “polypharmacy island,” taking maybe a dozen different medications that may or may not be helping them. These study findings show that “in the absence of any coronary or carotid atherosclerosis, I think you can pretty safely say that you're not preventing coronary and carotid events in those people, so I think that you can probably start to apply more precision medicine techniques to treat the people who really need it.”

In an accompanying editorial, Michael J. Blaha, MD, MPH (Johns Hopkins Ciccarone Center for the Prevention of Cardiovascular Disease, Baltimore, MD), and colleagues write that the “primary takeaway is that atherosclerosis imaging tests are perhaps the strongest negative risk factors in cardiovascular medicine today. The results are clinically actionable and should shape our approach to these tests in clinical practice.”

Min agreed. “It was a very multidimensional study in that they looked at risk factors and serum biomarkers and imaging biomarkers, and so I think in that end, it really does add to our understanding in the sense that we see that really taking a picture of somebody seems to be the most powerful way to identify patients, in this particular case, at low risk,” he said.

However, the notion that a CAC score of zero alone should lead to a decreased intensity of therapy is not one he agrees with. “If you are going to withhold or de-intensify treatment, I think that understanding the carotid process of the overall atherosclerotic process and not just the coronaries is important,” Min said.

‘De-Risking’ in the Future?

The finding that the circulating levels of the biomarker galectin-3 are linked with cardiovascular risk is a novel one, Mortensen highlighted. “Galectin-3 is an emerging biomarker in heart failure, but little is known about its predictive value for other cardiovascular diseases,” he said. “If our results that low levels of galectin-3 can downgrade cardiovascular disease risk are confirmed in other elderly cohorts, it may turn out to be particularly useful for personalizing preventive therapies in this population in the future.”

For his part, Min said he has never ordered galectin-3 before and would be unlikely to do so in the future given the predictive strength of coronary calcium. “I feel comfortable with [CAC], I know how to use it, and I think more than that, it's not a risk factor, or it's not an associative thing. It's an actual picture of the disease process. So I think in that way it helps to motivate patients to change lifestyles and things like that when they can directly visualize their disease.”

Looking forward, Min said he could envision a randomized trial utilizing precision medicine techniques to determine the safety of de-intensifying therapies for certain patients based on the negative risk factors identified in this study. “We can probably save on a third of these people having to take medicines for the rest of their life. I think that would be a good outcome,” he said, noting that funding for this type of trial would be hard to come by. “This whole concept of screening is one that people don't talk about so much. Like, is this a useful screening tool? I don't know the answer to that question, but I think that this might conjure up some notions of whether or not it might be useful for just primary risk stratification—sort of like you check your cholesterol level, you check a calcium score. And I think the cost would be on par with each other.”

Mortensen concluded, “With the broadened indication for many preventive therapies, accurate identification of elderly individuals at truly low risk is gaining increasing interest in the cardiovascular society.” The practice of “de-risking” patients by using negative risk markers “may very well be the future in risk prediction and treatment allocation in elderly individuals.”