AHA 2016: Back to the Bayou for Functional Tests, NSAIDs, and Intermediate-Risk TAVR 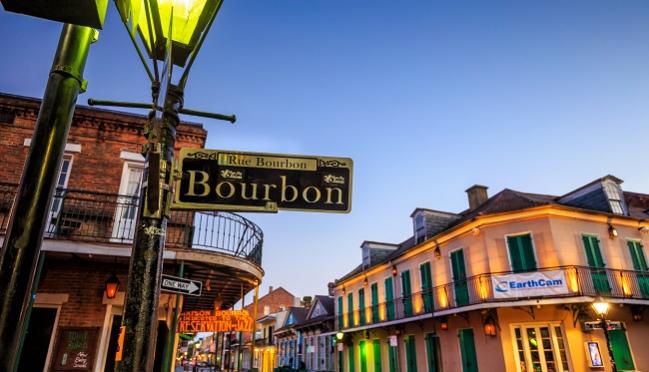 My laundry is scarcely dry from TCT 2016 and already it’s almost time to head south once again. This time, it’s for the American Heart Association (AHA) Scientific Sessions 2016, which kick off this weekend in New Orleans, LA. I feel like I’m venturing into a very different political climate than I did at the end of October, but I’ll let others speak to that. Are there surprises—albeit not of US election magnitude—in store for cardiologists at AHA 2016? The TCTMD news team is bayou-bound to find out.

In a media briefing with journalists earlier this week, Frank Sellke, MD (Rhode Island Hospital, Providence, RI), chairman of the AHA’s Committee on Scientific Sessions, said that all of the late-breaking clinical trials in this year’s lineup are “highly regarded and . . . all potentially important.”

Some may be more important than others, he predicted, adding, “I’m a surgeon, so I’m a little bit biased.” But his top three choices were as follows:

ART—The ART randomized trial is looking at major cardiovascular outcomes at 5 years in more than 200 patients treated with single versus bilateral internal mammary artery grafting. Earlier results have previously been reported showing no difference between groups.

All three trials will be presented in the second late-breaking session of the meeting, on Monday morning, along with a fourth trial—PIONEER AF-PCI, looking at the burning question of anticoagulant add-on therapy, in this case rivaroxaban versus warfarin, in patients with atrial fibrillation undergoing PCI.

There are a total of 19 late-breaking clinical trials at this year’s meeting, spread across four different sessions. In some cases, topline results have already been released.

EUCLID, for example, found no benefit to ticagrelor (Brilinta, AstraZeneca) over clopidogrel in preventing cardiovascular events in patients with symptomatic PAD. More success was seen in GLAGOV, which showed that the addition of the PCSK9 inhibitor evolocumab (Repatha, Amgen) to maximally tolerated statin therapy in patients with evidence of coronary artery disease significantly modifies atheroma volume as assessed by IVUS. Last month, topline results from ORION-1 were released showing the “compelling efficacy and safety” of an investigational first-in-class PCSK9 synthesis inhibitor that works via RNA interference to lower LDL cholesterol. It’s in part that success, apparently, that prompted the Medicine Company’s decision to release topline efficacy data from another late breaker, MILANO-PILOT, along with the news that it is discontinuing development of the investigational cholesterol efflux promotor, which, the company said, was safe but showed no effects on intracoronary atherosclerosis in the trial.

There are plenty of other trials still under wraps, however. Sunday’s late breakers are grouped as the “Big Trials for Big Questions” and along with EUCLID include the PRECISION trial comparing celecoxib (Celebrex, Pfizer) versus ibuprofen or naproxen in patients at high cardiovascular risk; an analysis of HOPE-3 looking at the effects of blood pressure on cognition; and TRUE AHF, a study evaluating short-and long-term benefits and risks of immediate intervention with an intravenous vasodilator in patients with acutely decompensated heart failure.

Monday has two late-breaking clinical trial sessions in the schedule—with the first containing Sellke’s highlights and the second focused on new therapies for lipid lowering and including details on the topline results released early for ORION-1, GLAGOV, and MILANO-PILOT along with those of two other small studies of early-stage agents.

Beyond the Late Breakers

The AHA program also includes special oral abstract sessions on cell therapy, precision medicine, and risk reduction/prevention as well as new data from electrophysiology registries and clinical trials. The meeting is expecting 18,000 professional attendees from more than 100 countries, according to its website. There are 26 different programming tracks, including three new ones: Workplace Health, Health Tech, and Clinical Trialists. The new FDA commissioner, cardiologist Robert Califf, MD, will receive the AHA’s Research Achievement Award on Sunday. Califf is giving the Lewis A Conner Memorial Lecture on Sunday afternoon.

I myself will be on-site in New Orleans along with Yael Maxwell, Todd Neale, and Michael O’Riordan. Follow us on Twitter for breaking news from #AHA16: @shelleywood2, @TCTMD_Yael, @ToddNeale, @MichaelTCTMD