A large national survey suggests that the impact of exposure, and the reaction of the body to it, is the same across all individuals. 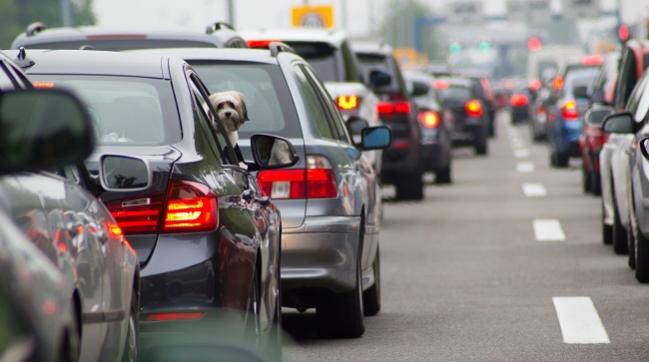 Air pollution is an equal-opportunity offender when it comes to increasing the risk of dying from cardiovascular disease. In a large, population-based study, researchers have found that people of varied races and ethnicities experience the same level of adverse effects from exposure to toxic particles in the air.

The suggestion that particulate-matter air pollution can contribute to cardiovascular morbidity and mortality has been gaining strength in recent years, with the American Heart Association concluding in a 2010 scientific statement that the evidence from numerous published studies is consistent with a causal relationship. Those studies included long-term follow-up of cohorts of nurses, teachers, and health professionals, among others.

“What we wanted to do was see if all the various studies that have been done before were applicable at the national level, and we found no evidence that they’re not,” lead author Jennifer D. Parker, PhD (National Center for Health Statistics/Centers for Disease Control and Prevention, Hyattsville, MD), told TCTMD.

“There have been a lot of studies over the years finding health effects, especially cardiovascular effects, from exposure to fine-particulate air pollution. This study adds additional evidence to what we’ve been learning,” added C. Arden Pope III, PhD (Brigham Young University, Provo, UT), who was not involved in the new research. “The impacts [of particulate matter exposure] are fairly broad across the populations.”

For the study, published online last week ahead of print in Circulation, Parker and colleagues used data from the 1997-2009 National Health Interview Survey (NHIS), linked to the National Death Index through 2011. The NHIS includes large numbers of non-Hispanic black and Hispanic adults in addition to non-Hispanic white individuals. In total, data on over 650,000 people, and annual estimates of fine-particulate matter—expressed as PM2.5 (per 10 μg/m3)—were recorded.

Particulate matter refers to very fine particles that are suspended in the air and primarily result, either directly or indirectly, from combustion processes involving diesel, coal, and gasoline.

Across all races and ethnicities there were insignificant differences in the effect of particulate matter air pollution on cardiovascular mortality. After adjustment, the risk of dying from cardiovascular disease was estimated to increase by about 16% for each 10-unit increase in the annual PM2.5 concentration. The finding was similar even after adjustment for smoking and body mass index (HR 1.18; 95% CI 1.06-1.31). The investigators did not try to determine whether, on an individual level, factors such as diabetes and body mass index could affect someone's risk of developing CV disease.

This paper doesn’t try to deal with the larger social justice issue of disadvantaged persons being exposed to higher levels of air pollution, which we know is a problem throughout the world. C. Arden Pope III

Among the prior studies that have found differences by race, the most recent involved Medicare patients. It found that self-identified racial minorities and those with low income experienced the most pronounced adverse effects of exposure to particulate air pollution and ozone at concentrations below current US standards, Pope told TCTMD. He added that the findings of no difference by race and ethnicity in this large study are not surprising, because unlike others that looked at adverse health effects by the amount of air pollution people were exposed to, this one is based on the human response to the exposure.

“This paper doesn’t try to deal with the larger social justice issue of disadvantaged persons being exposed to higher levels of air pollution, which we know is a problem throughout the world. What this study seems to suggest is that the impacts of increased exposure to air pollution are felt equally by different races,” he said. Although the researchers included some of the largest racial categories, Pope noted that they didn’t include many others. Still, he said, the research is strong enough and the findings logical enough to make the case that “our lungs and our cardiovascular systems respond similarly to exposure to air pollution.”