Patients with chest pain but without MI had elevated risks of mortality and CV outcomes even when troponin was in the normal range. 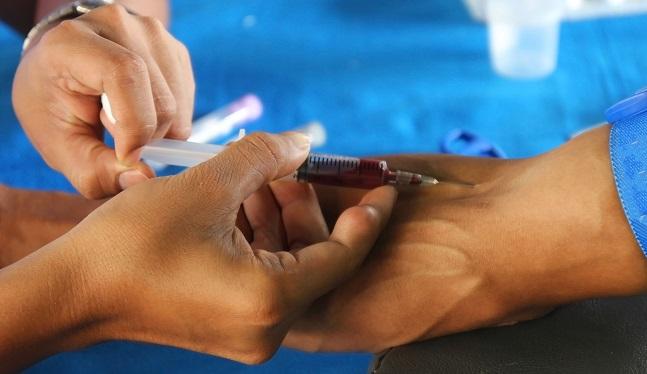 Patients with chest pain who have MI and other potential acute causes of troponin elevation ruled out remain at a higher risk for death and cardiovascular outcomes if they have any troponin T detected—even within the normal range—using a high-sensitivity assay, a new study shows.

In fact, patients who had stable troponin T levels of 5 to 9 ng/L—just above the limit of detection—were twice as likely to die during follow-up as patients with no detectable troponin (adjusted HR 2.00; 95% CI 1.66-2.42), lead author Andreas Roos, MD (Karolinska University Hospital, Stockholm, Sweden), and colleagues report.

The risk of death was nearly tenfold higher for patients with stable troponin concentrations of 50 ng/L or higher (adjusted HR 9.68; 95% CI 7.18-13.00), according to results published in the October 31, 2017, issue of the Journal of the American College of Cardiology.

“We should look at every detectable troponin level as something abnormal and associated with an increased risk of death and cardiovascular disease,” senior author Martin Holzmann, MD, PhD (Karolinska University Hospital), told TCTMD. “We should not look at this as something benign, even if the level is below so-called normal.”

We should look at every detectable troponin level as something abnormal and associated with an increased risk of death and cardiovascular disease. Martin Holzmann

Andrew Chapman, MD (University of Edinburgh, Scotland), who was not involved in the study, agreed, saying that the findings build on prior studies in predominantly community-based cohorts indicating that even slight elevations in troponin are associated with worse outcomes.

“We know that any troponin elevation is bad, regardless of cause, so it’s more confirmatory evidence that we need to be more aware of rises in troponin levels, and that includes troponin levels that are below what we commonly accept to be the diagnostic cutoff [99th percentile],” he told TCTMD. “These elevations should not necessarily be ignored by the treating doctor.”

Chapman pointed out that there are no guideline recommendations for how to evaluate or treat patients with detectable troponin in whom MI and other acute causes have already been ruled out, adding that “perhaps what this study is suggesting is that those patients with a slightly higher level still within the normal range should be looked at slightly more closely.”

Initial suggested investigations would include an echocardiogram or a cardiac MRI to look for valvular heart disease or hypertrophy, and if there is a strong suspicion of underlying coronary disease it might be reasonable to perform stress testing or angiography, he said.

“The aim of this is to really harness the power of the troponin testing to identify unrecognized, quiescent, but important cardiovascular disease where there might be an opportunity for us to improve outcomes through targeted treatment,” Chapman explained.

Graded Associations With Death, Heart Failure, and Other Outcomes

High-sensitivity troponin assays, which have only recently been introduced to the United States, have found a place in routine practice for the diagnosis of MI and have also been shown to be useful for providing prognostic information in patients with cardiac disease. There is, however, little information available regarding the relationship between high-sensitivity troponin T levels and long-term outcomes in patients with chest pain but no acute conditions that explain the presence of troponin.

To investigate that issue, Roos et al examined data on patients with chest pain who presented to the emergency department at Karolinska University Hospital between January 1, 2011, and October 20, 2014. After exclusion of those with acute conditions that affect troponin levels or end-stage renal disease and those without insufficient information to determine the change in troponin levels during the visit, the analysis included 19,460 patients with stable troponin T levels.

The risk of all-cause mortality was elevated for every category of troponin T concentration, with the relationship strengthening along with increasing levels. The annual rate of mortality was 0.5% for patients with no detectable troponin, and that figure reached 33.0% for those with the highest levels of troponin.

That pattern was consistent across patient subgroups. “No matter which patient group you belong to, it’s bad to have a high troponin level,” Holzmann said.

That same graded association with troponin T concentration also was seen for risks of MI, heart failure, and cardiovascular and noncardiovascular mortality as well, except that MI risk was not significantly increased in patients with a level of 5 to 9 ng/L.

“Our results extend the findings from previous studies, which included mainly healthy individuals, to a population including patients with and without established cardiovascular disease, patients with chronic kidney disease, men and women, and patients with a wide range of ages,” the authors write.

Holzmann said it’s not always clear what leads to persistent troponin levels, but noted that it is known that about half of such patients don’t have diagnosed heart disease. “We believe that in these patients there is a lot of undetected heart disease and mainly this is heart failure and not coronary artery disease,” he said. That idea is consistent with what was found in the current analysis, which showed stronger associations between troponin and heart failure rather than with MI, he said.

Chapman pointed out that there are no prospective studies examining the mechanisms of troponin release in patients without MI. In a population like the one studied by Roos et al, a stable, persistently increased troponin level might reflect undiagnosed coronary or structural heart disease or established cardiovascular disease, he said, noting that patients with higher troponin levels were more likely to have a history of MI, heart failure, or prior revascularization.

It is also interesting to note, Chapman said, that elevated troponin levels were associated with noncardiovascular death, which was mostly attributed to cancer.

“So whether the troponin reflects a secondary inflammation in the context of malignancy, or whether perhaps it indicates a chronic myocardial oxygen supply imbalance due to low levels of oxygen in the blood, or whether there is no specific mechanism and this just correlates with pure outcome is really not clear,” Chapman said.

Uncovering mechanisms of troponin release in these patients, which might allow clinicians to tailor their approach to investigating and managing this population, is an important area for future research, he said.

Holzmann said his group is planning to undertake an RCT to explore the mechanisms of troponin release and investigate whether heart disease can be prevented in these patients. “I would guess it is possible because they have such a high risk, so I would be surprised if you won’t be able to reduce that risk with a combination of different therapies,” Holzmann said.