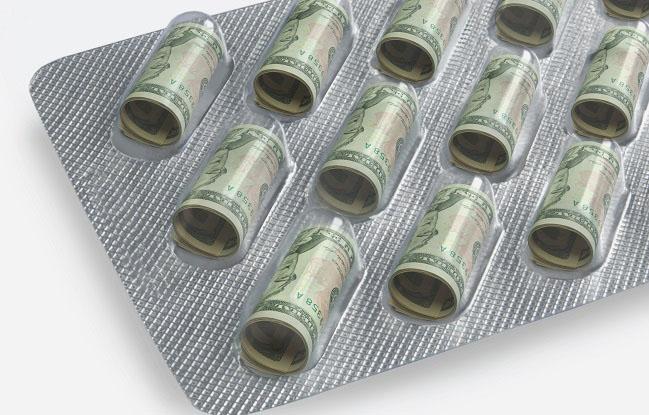 In an economic analysis of patients treated in ARISTOTLE—the large, randomized trial that previously showed the NOAC was superior to warfarin for preventing stroke or systemic embolism in patients with atrial fibrillation—the additional cost of anticoagulation with apixaban instead of warfarin was just shy of $54,000 per quality-adjusted life-year (QALY) gained. This is “within a range considered acceptable in the US healthcare system,” say investigators led by Patricia Cowper, PhD (Duke Clinical Research Institute, Durham, NC).

“I would say that clinicians are more interested in the overall effectiveness and superiority in patient outcomes than the efficiency from an economic point of view,” senior author Dan Mark, MD (Duke Clinical Research Institute, Durham, NC), told TCTMD. “The efficiency aspect of apixaban, in this sense, is supportive. If you didn’t have a drug that physicians felt strongly was going to benefit the patient, you wouldn’t care how efficient it was to use it.”

The cost-effectiveness study was published March 29, 2017, in JAMA: Cardiology.

Intermediate-Value Care Based on ACC/AHA Criteria

In the economic analysis, the projected healthcare costs of patients treated with apixaban and warfarin, respectively, did not differ between the two groups. Excluding the cost of the drug, healthcare costs including inpatient, outpatient, and emergency department visits, among other costs, were $15,686 and $15,746 in the respective arms. The cost of monitoring prothrombin time and managing patients was significantly lower with apixaban, but the cumulative 2-year cost of the study drug was significant higher with apixaban compared with warfarin ($5,915 vs $56; P < 0.001).

Overall, the total cost of therapy with apixaban, including costs related to the drug, anticoagulation monitoring, and other expenses, was $21,852 as compared with $16,927 in the warfarin arm (P < 0.001).

Given the 11% reduction in all-cause mortality observed in ARISTOTLE, the projected life expectancy of US patients was significantly longer with apixaban than with warfarin. As a result, the number of QALYs gained in the apixaban arm was 0.40 greater than in the warfarin arm (7.94 vs 7.54 QALYs; 95% CI 0.26-0.55 for difference). As a result, the additional cost of anticoagulation for a patient using apixaban instead of warfarin was $53,925 per QALY gained.

“If you’re saving lives—and ARISTOTLE did actually show a mortality benefit—and moving the ball that much down the field, you can actually balance out a fair bit of extra cost and still come out with a favorable cost-effectiveness ratio,” said Mark. “If you’re only moving a little bit of quality of life, it’s much harder.”

And while drug companies are unlikely to be interested in discussions about lowering the cost of the medication, downward pressure on the drug’s price would make the economics of treatment even more attractive, said Mark. In their analysis, reducing the price of apixaban to 75%, 50%, and 25% of its 2014 price improved the incremental cost-effectiveness ratio to $40,426, $26,927, and $13,427 per QALY gained, respectively.

The American College of Cardiology and American Heart Association consider a treatment threshold of less than $50,000 per QALY gained to be high-value care, while $50,000 to less than $150,000 is considered intermediate-value care.

In an editorial, Mark Hlatky, MD (Stanford University School of Medicine, CA), writes that the fundamental principle behind a cost-effective analysis is that the higher price of a new medicine—apixaban costs approximately $10 per day, while warfarin is less than $0.10—may be acceptable if clinical outcomes are sufficiently improved.

“Another way to interpret this number is that it equals the effect of having one more patient survive out of every 19 patients treated, with an average life expectancy of 7.54 years,” he writes. While use of apixaban will increase healthcare costs, Hlatky concludes that “the clinical outcomes were improved sufficiently to provide reasonable value in the setting of the US system.”

Mark told TCTMD that as a general rule, the benefit side in the cost-effectiveness relationship is almost always going to be much more influential. “In the vast majority of cases we’re likely to see, it’s not the cost that is really has primacy, it’s the benefit, although it’s also the relationship between the incremental costs and the incremental benefits,” he said.

Opened Data: Analysis of Requests for NHLBI Trial Data May Allay Some Concerns

Misdosing NOACs Common in Everyday Practice, With Implications for Stroke and Bleeding