Artificially Created Thrombus May Aid in Cases of Endovascular Perforation

For side-branch and CTO-site bleeds, injecting a clot created outside the patient could be an option when conventional methods fail. 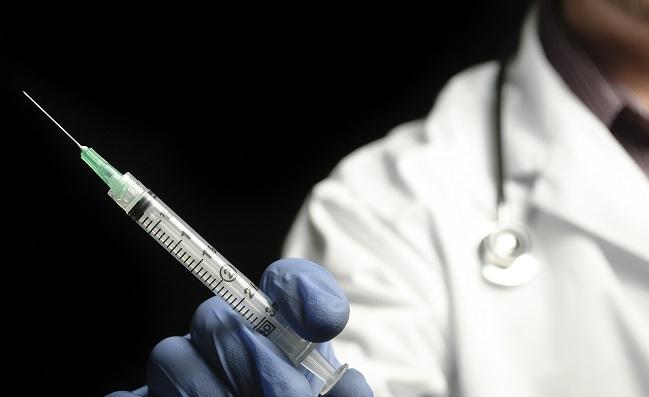 Artificially creating a blood clot outside the body and then injecting it back into the patient can help stop bleeding from peripheral artery perforation during endovascular interventions, according to the results of a new Japanese study.

The researchers, led by Takahiro Tokuda, MD (Saiseikai Yokohama City Eastern Hospital, Yokohama, Japan), report that the artificial thrombus they created and injected “was well tolerated by our patients and resulted in rapid hemostasis of the perforated artery.”

They performed the procedure in 20 patients who developed a perforation in a below-the-knee (45%), superficial femoral (35%), deep femoral (10%), popliteal (5%), or external iliac artery (5%). All perforations were in either a side branch artery (n = 11), or a main artery that was totally occluded, and in which the guidewire had penetrated out of the target vessel (n = 9).

Mehdi H. Shishehbor, DO, PhD (UH Cleveland Medical Center, OH), who commented on the paper for TCTMD, said while the technique is a nice concept, it likely applies to only a very small number of patients who undergo endovascular procedures and experience a serious artery perforation.

“These type of perforations are generally benign as long as you can hold some pressure to obtain hemostasis,” he said. “They don’t usually lead to major consequences.” However, Shishehbor suggested the method the investigators created may be useful in below-the-knee perforations that can in some instances lead to compartment syndrome and even amputation.

In their paper, published online July 17, 2017, in Catheterization and Cardiovascular Interventions, Tokuda and colleagues say the procedure should be considered if conventional methods such as ballooning, microcatheter aspiration, or fat tissue injection fail. The operators decided on use of the thrombus injection by consensus among vascular surgeons and interventional cardiologists, taking into account general condition, comorbidity, and lower limb severity.

The artificial thrombus was created by removing 20 mL of blood from the patient then mixing it in a syringe with 2 to 3 mL of liquid sterilized bovine thrombin. After several few minutes, the serum was removed and the coagulated thrombus was injected at the perforation site from the tip of an over-the-wire balloon with a syringe or an indeflator. Saline or guidewires were used in some cases to help the thrombus reach the perforation site. The researchers found that the 0.035 over-the-wire balloon was the most effective for their method since its inner lumen is fairly large. The amount of artificial thrombus used was approximately 0.5-1 mL for side branch artery perforations and 1-2 mL for perforations in a blocked main artery. If bleeding did not stop, additional thrombus injections were given until it was confirmed to have stopped.

Overall, the procedure was successful in 19 of the 20 patients, with most receiving less than five thrombus injections to stop bleeding. Two patients, they note, required more than five injections to achieve hemostasis. There were no arterial thrombotic events during the procedure, and next-day ultrasound confirmed hemostasis in all 19 patients. In the one patient in whom the procedure failed, a coil embolization was required due to iliac artery CTO site perforation.

According to the study authors, their method may be an alternative in cases in which conventional methods fail.

To TCTMD, Shishehbor said one of the major challenges of treating perforations in very small arteries is that they can be difficult to find.

“If you’re going to do as [the researchers] suggest, you have to make sure you are in the [correct] branch at the site of the perforation,” he said. “That’s why a balloon inflation with external blood pressure cuff is mostly what we use because for those you don’t need to be trying to find the branch and maybe causing more bleeding.”

Additionally, he said the technique could cause clotting and cessation of blood flow to the wrong area, which could have major consequences for the leg or foot.

“Although it’s a very interesting and novel approach to deal with perforations, I would still have to see a comparison between this and other modalities to believe that this is superior to what we already have in regards to external [methods] for achieving hemostasis,” Shishehbor concluded.