The findings should spur physicians to have bleeding avoidance strategies in place before PCI among all—but especially anemic—patients, authors say. 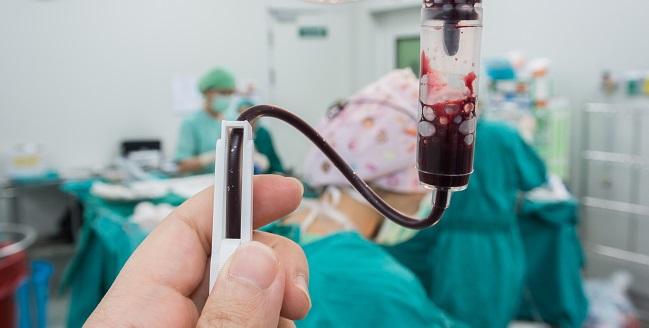 Patients with baseline anemia undergoing PCI are more likely to discontinue dual antiplatelet therapy (DAPT) under physician guidance within 1 year—a strategy deemed safe—than their nonanemic counterparts, according to new data from the PARIS registry. Importantly, the mode of DAPT cessation among all patients can affect their risk of adverse events over 2 years.

“It is important to kind of think about the anemic patients not just in terms of bleeding, but also in terms of ischemic events when you disrupt or discontinue therapy,” senior study author Roxana Mehran, MD (Mount Sinai Hospital, New York, NY), told TCTMD. “If it's a recommended discontinuation, there were no major issues.”

Because of this, physicians should proactively have bleeding avoidance strategies in place for anemic patients, who are more prone to both ischemic or bleeding events, she added. “If you guide the discontinuation earlier, you're better off, rather than them going on for a whole year and having an event of bleeding.”

For the study, published online this week in Circulation: Cardiovascular Interventions, Mehran along with Michela Faggioni, MD (Icahn School of Medicine at Mount Sinai, New York, NY), and colleagues looked at more than 4,000 PCI patients from the PARIS registry with baseline hemoglobin data available, of whom 18% were anemic (defined as baseline hemoglobin < 12 g/dL for men and < 11 g/dL for women).

DAPT Interruption and Disruption Over 2 Years

Anemia adds a wrench into the decision-making process, and we need much more data to evaluate what works better. Roxana Mehran

Patients presenting with baseline anemia reported more than doubled rates of BARC 3 or 5 bleeding as well as a significantly higher prevalence of ischemic adverse events like cardiac death, spontaneous MI, and MACE at 1 and 2 years after PCI compared with nonanemic patients (P < 0.01 for all). Both the risks of MACE and bleeding progressively increased with the severity of baseline anemia.

Because anemic patients are generally excluded from DAPT clinical trials, Mehran said this study “opens the door” to further research of this population. “We're treating these patients less and less with dual antiplatelet therapies, and it is also important to think about their ischemic burden,” she said. “Anemia adds a wrench into the decision-making process, and we need much more data to evaluate what works better.”