Authors say a modern-day randomized trial is warranted to clarify the potential benefits and harms of beta-blockade in this group. 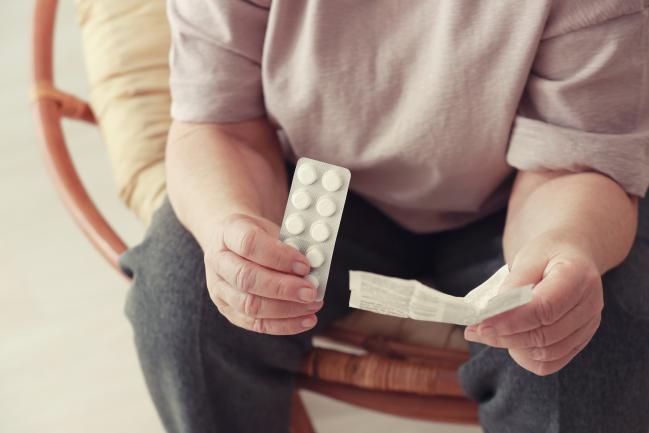 A large observational study of patients from a United Kingdom-based national registry adds to growing suggestions that beta-blockers provide no survival advantage as secondary prevention in post-MI patients.

“There is uncertainty in the evidence as to the benefit of beta-blockers for patients with heart attack and who do not have heart failure,” senior author Chris P. Gale, MBBS, PhD, MSc (University of Leeds, England), said in an email. “A necessary next step is the investigation of beta-blockers in this population in a randomized controlled trial.”

Given the potential for side effects and reduced drug adherence due to being prescribed too many medications, Gale and colleagues led by Tatendashe B. Dondo, MSc (University of Leeds), conclude that secondary therapy at hospital discharge for patients with acute MI and without heart failure (HF) “may not need to include beta-blockers.”

The study was published online May 29, 2017, in the Journal of the American College of Cardiology.

No Mortality Benefit in STEMI or NSTEMI

The study cohort consisted of 179,810 patients hospitalized with acute MI without HF or left-ventricular systolic dysfunction who were enrolled in the English and Welsh Myocardial Ischaemia National Audit Project between January 2007 and June 2013.

At 1 year, the unadjusted rate of mortality was lower in patients who received beta-blockers than in those who did not (4.9% vs 11.2%; P < 0.001). However, this difference disappeared after propensity-score and instrumental-variable analyses (P = 0.82). The findings were similar regardless of whether patients had STEMI or NSTEMI.

The authors note that international guidelines differ in their recommendations regarding prescribing of beta-blockers after acute MI. The US guidelines, for example, recommend them for all patients regardless of HF or LVEF, while the European guidelines give them a Class IIa indication in patients without HF or reduced LVEF.

According to Dondo and colleagues, the practice of prescribing beta-blockers “ad infinitum” is likely due in part to clinical uncertainty and lack of firm data to support or deter the practice.

They point out that the only clinical trial to show benefit of beta-blockers in reperfused MI patients was the 16-year old CAPRICORN trial, which randomized patients with post-MI LVEF of ≤ 40% to carvedilol or placebo. While CAPRICORN demonstrated a reduction in all-cause mortality over 2.5 years of follow-up, a similar trial, COMMIT, failed to show any impact on survival. A range of meta-analyses and observational studies have also produced mixed messages. Nevertheless, say Ibáñez and colleagues, multicenter registry data from 2015 indicate that more than 80% of post-MI patients without LV systolic dysfunction are being prescribed beta-blockers.

But they stress that the observational nature of the current study, combined with the fact that the indication for beta-blocker therapy in these patients is based on clinical guidelines, warrants caution. Additionally, they raise concerns about the reliability of observational data and take issue with the fact that the authors used a threshold of systolic dysfunction of 30%, saying they “missed a great opportunity to present only patients with preserved LVEF (≥ 50%) or even to differentiate between patients with intermediate and good LVEF.” They also note that it is “unclear whether the estimated effect observed in propensity score matched sample is representative of the entire cohort.”

To TCTMD, Gale agreed that it is important to highlight the potential weaknesses of observational data analyses, and said his group is designing an RCT to evaluate this issue further. The trial is expected to examine the endpoints of all-cause mortality or readmission due to acute MI at 1 year, as well as patient-reported quality of life and adherence to secondary therapies.

“Where available, we will collect the concentration of a high-sensitivity troponin assay taken at the time of the first routine outpatient consultation between hospital discharge and final follow-up as an indicator of 'subclinical' microinfarction,” Gale added.

Beta-Blockers Not Beneficial After PCI for Stable Angina