But there’s also good news: safe and appropriate PCI is being performed at many hospitals throughout the country. 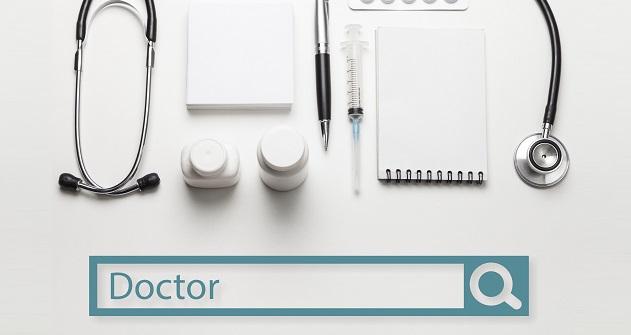 ANAHEIM, CA—Patients who undergo PCI at a top-ranked hospital as defined by U.S. News & World Report do not have better outcomes than those who have their procedure performed at another center, according to a new registry study.

The findings—published simultaneously online in JACC: Cardiovascular Interventions—“should potentially reassure patients that there appears to be safe and appropriate PCI being performed at many hospitals throughout the country,” Sukul told TCTMD, acknowledging that there are some limitations related to which hospitals were included in the study. “Moving forward, we have an abundance of data . . . that potentially could be useful in informing these types of hospital quality initiatives and . . . rankings to be more transparent and accountable.”

Prior studies have shown that hospitals ranked among the best by U.S. News & World Report tend to provide better patient outcomes for conditions like MI or heart failure, which often involve urgent and emergent care. However, it’s not clear whether such rankings provide useful information about PCI quality.

To find out, the investigators examined data from top-ranked hospitals—those included in the magazine’s popular, consumer-oriented list of the 50 best cardiology and heart surgery hospitals for 2015—and other centers participating in the National Cardiovascular Data Registry CathPCI Registry between July 2014 and June 2015. After exclusion of centers that did fewer than 400 PCIs during the study period, the analysis included 509,153 PCIs performed at 654 hospitals; 10.9% of those procedures were performed at 44 top-ranked centers.

Within the ranked hospitals, rates of adverse outcomes did not vary based on the specific ranking.

Sukul told TCTMD that it’s unclear why ranked status does not seem to make a difference in terms of the outcomes included in the study, but he noted that initiatives aimed at improving PCI quality over the past few decades “has probably leveled the playing field to some extent.”

In an editorial accompanying the paper, Gregory Dehmer, MD (Baylor Scott & White Health, Temple, TX), agrees with the authors’ conclusion that the findings should be reassuring to patients who undergo PCI at non-ranked centers. “In addition, these same findings are also a tribute to the physicians, nurses, and other healthcare professionals at non-ranked hospitals who are achieving outcomes no different than seen at top-ranked hospitals,” he says.

He notes, however, that the authors provide conditions to their conclusion by mentioning hospitals participating in the CathPCI Registry and meeting minimum guideline-recommended hospital volumes for PCI; excluding low-volume centers removed 58% of hospitals from the analysis.

“It is sobering that so many facilities are performing less than the guideline-recommended number of procedures,” Dehmer says. “To their credit, the authors performed an additional sensitivity analysis including the facilities performing < 400 PCIs annually and showed similar results for the three outcome measures and appropriateness ratings. Hopefully, these favorable observations would also apply to the 29% of facilities performing < 200 PCIs annually, as the volume-outcome relationship for PCI continues to be controversial.”

Many have argued that transparency will improve healthcare but, for the public, this is getting to the point of ‘too much information.’ Gregory Dehmer

Dehmer also questions to what extent rankings like those from U.S. News & World Report play into patients’ healthcare choices, noting that insurance coverage often dictates where they seek care. He cites a study of parents choosing a doctor for their children in which 92% of participants ranked “accepts my health insurance” as a determining factor, with just 25% saying website rating played into the decision.

“One reason website ratings may score low is the public’s confusion over the number and results of what has been an explosion of public reporting sites on the internet,” Dehmer writes.

“In this era when there are multiple consumer websites rating just about every product and service available, there is little reason to argue that healthcare should be immune,” he continues. “Many have argued that transparency will improve healthcare but, for the public, this is getting to the point of ‘too much information.’ Despite the external forces that determine where an individual is directed for healthcare and the plethora of rating sites and results, this study addresses what is often the foremost question of a patient and their family in their hometown—is my local hospital doing a good job? To the extent measured by the variables in this study, it is reassuring that the answer appears to be ‘yes.’”

Getting It On? Carry On: Sudden Cardiac Arrest Risk Low With Sexual Activity

ACC/AHA/SCAI Statement: Volume Not the Sole Arbiter of Quality PCI