Improvements in hard outcomes tracked with gains in quality of life, suggesting a prognostic role for the KCCQ score. 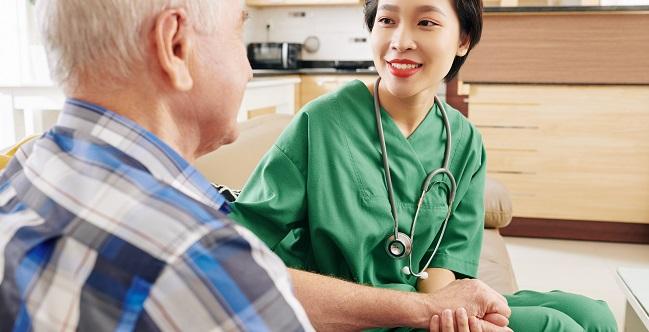 Early improvement in quality of life following MitraClip (Abbott) implantation in the COAPT trial was associated with better survival and freedom from heart failure hospitalization over the longer term, new numbers show.

Health-status outcomes from the trial, presented last year at the American College of Cardiology (ACC) 2019 Scientific Session, already established that MitraClip-treated patients feel better and have higher quality-of-life scores than patients treated with standard care. This latest study indicates that those scores may actually have prognostic implications for patients, regardless of what treatment they received.

Speaking with TCTMD, lead author Suzanne V. Arnold, MD (Saint Luke’s Mid America Heart Institute, Kansas City, MO), said that in this case, improvement in health status is likely a marker of other anatomic, physiologic, and hemodynamic changes. “There is probably a whole host of things that are combining to cause the change in improvement in health status,” she said. “We saw even in the medical-management group that people who feel better also do better long-term, and there are probably a number of things that cause that. Whatever those things are that are contributing to the patient feeling better are the same things that are causing them to live longer and be less likely to be hospitalized.”

As previously reported by TCTMD, COAPT compared transcatheter mitral valve repair using MitraClip to optimized guideline-directed medical therapy (GDMT) in patients with heart failure (HF) and severe functional mitral regurgitation (MR). At 2 years, the primary endpoint of HF rehospitalization as well as mortality, a powered secondary endpoint, were significantly reduced in the MitraClip-treated patients. The health-status analysis, released at ACC, showed that the Kansas City Cardiomyopathy Questionnaire (KCCQ) and the SF-36 Physical and Mental Summary Scores both significantly improved in the first month and remained better than scores in the standard-care arm over all time points studied.

Whatever those things are that are contributing to the patient feeling better are the same things that are causing them to live longer and be less likely to be hospitalized. Suzanne V. Arnold

In their latest analysis, Arnold and colleagues focused on the 551 trial patients alive at 1 month who’d completed KCCQs at baseline (279 in the mitral repair group and 272 in the GDMT group). Patients who’d received MitraClip were more likely to have a change in KCCQ score of 10 points or greater (repair group: 58%, GDMT group: 26%). For the group as a whole, this early improvement was inversely associated with the risk of death or HF hospitalization. Analyzed continuously, every 10-point increase in KCCQ score was linked with a 14% lower risk of HF hospitalization or death (HR 0.86, 95% CI 0.81-0.92), a finding that had no significant interaction with the original treatment type.

Further adjustment for demographic and clinical factors only strengthened the association between KCCQ-score changes and longer-term outcomes.

Arnold and colleagues believe the findings support calls for KCCQ scores to be used more widely in clinical practice—not just in the research setting—where they could potentially be used to guide additional therapeutic options or to help manage patient and family expectations after a MitraClip procedure.

John Spertus, MD (Saint Luke's Mid America Heart Institute), who has long pushed for greater clinical use of health-status questionnaires, commented on the study for TCTMD by email.

“These are very interesting analyses and do represent appropriate uses of the KCCQ,” he said. “They are also congruent with prior data showing that changes in KCCQ scores are strongly and independently associated with subsequent clinical events, although I am unaware of any analyses establishing this after a major intervention, such as transcatheter mitral valve repair. I do think the application proposed by the authors to use this to identify patients in whom alternative/additional strategies are needed to optimize their outcomes is a good one.”

Arnold acknowledged that the scores are not widely used outside of research, although they are used at her hospital in the advanced heart failure clinic. They are also used when a patient is entering a clinical trial or enrolled in registries like the Society of Thoracic Surgeons/American College TVT Registry. “I think that many of us in this health-status world would say these should be part of routine clinical care, particularly if you’re making a change, because these really help you determine if a change like starting Entresto [sacubitril/valsartan; Novartis], for example, has any impact on health status,” she explained.

And while there may be other markers that might do even better at predicting long-term outcomes such as change in mitral regurgitation or change in left atrial pressures, the KCCQ score has advantages.

“It’s really cheap and easy to get and my guess is it’s probably a compilation of a number of factors put together,” she said. “Isolating which anatomic factor is most associated with health-status improvement, I think, would be hard because it’s probably a combination of factors and there are probably other things captured that are not disease-specific.”

Note: COAPT co-principal investigator Gregg Stone, MD, is a faculty member of the Cardiovascular Research Foundation, the publisher of TCTMD.

Meta-analysis Reassures on Benefits of TAVR in Cancer Patients