Bias Over Knowledge: Whether Patients Get Guideline-Recommended Statins Depends on Physician Beliefs

There was no connection between clinician knowledge of the 2013 ACC/AHA cholesterol guidelines and statin prescriptions or patient LDL levels. 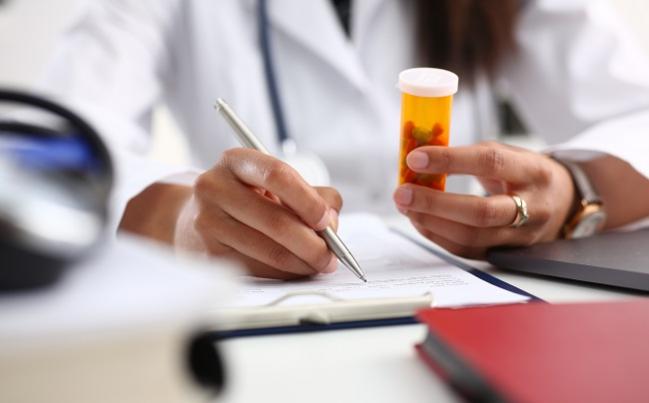 Physician beliefs about statin risks and benefits—not their knowledge of the guidelines—are closely tied to guideline-recommended prescription and dosing of statins as well as patient LDL levels, according to a new study.

“What this says to me as a practicing clinician is: we need to look at ourselves in the mirror and face the fact that we are not presenting a uniform front to our patients, and acknowledge that we are part of the reason why there is variation in the degree of guideline acceptance and adherence,” senior author Tracy Wang, MD (Duke Clinical Research Institute, Durham, NC), told TCTMD.

While continuing education might help bridge the gap between evidence and implementation, a lack of knowledge among clinicians does not seem to be the issue, she continued. “The problem is beliefs and biases. So when we think about how to educate our peers and ourselves, we might need to think a little bit more about what we're trying to do with education. Is it just simply pushing knowledge out there, or is it changing people's beliefs about effectiveness?”

We need to look at ourselves in the mirror and face the fact that we are not presenting a uniform front to our patients, and acknowledge that we are part of the reason why there is variation in the degree of guideline acceptance and adherence. Tracy Wang

For the study, published online last week in the American Journal of Cardiology, Angela Lowenstern, MD (Duke Clinical Research Institute), Wang, and colleagues looked at data from 774 US clinicians who treated 5,312 patients enrolled in the PALM registry between May and November 2015. To gauge their knowledge of the 2013 American College of Cardiology/American Heart Association (ACC/AHA) cholesterol guidelines, the researchers asked them to respond to four hypothetical clinical scenarios. Physicians were also surveyed about their beliefs in the benefits of statins and their concerns over safety.

Two-thirds of clinicians responded in line with guideline recommendations in at least three of the four clinical scenarios, and most (88.4%) showed belief in statin benefit. Overall, 15.4% of surveyed physicians expressed some concern over safety with statin treatment. Cardiologists, who made up 48.8% of participants, were most likely to report belief in statins, while noncardiologists and nonacademic physicians were most likely to have concerns about safety.

“The evidence is overwhelming in terms of the benefits [of statins], but I think in terms of how we implement that evidence into practice, that's where we need to brainstorm a little bit more to see if this type of variation is healthy,” Wang said. “Some variation in practice is probably healthy. If we all believed the same thing, we're never going to change the paradigm and move to something better.”

“Maybe there are things we need to do there to deal with the changing generation and changing ideology about research into practice,” Wang suggested.

Commenting on the analysis for TCTMD, Frederick Masoudi, MD (University of Colorado Anschutz Medical Center, Denver), said “it was an interesting study in that it did try to correlate physician beliefs with their practice patterns, which is not what we see a lot of. . . . It brings up this idea of how the biases that we as clinicians bring to the table when we're caring for patients may have an important impact on what we do.”

The findings “also emphasize the importance of systematic approaches towards ensuring that patients who merit therapy are getting the care they need irrespective of the biases that the individual clinician might bring to the table,” he continued.

While the study didn’t capture patient preferences, clinicians “obviously [need] to be mindful of that whenever we're taking care of patients. Because in fact, maybe in some cases patients who were cared for by clinicians who were more skeptical also were less inclined to want to be treated. So there is no way to necessarily disentangle that either,” Masoudi said.

It's also possible, Masoudi continued, that “there are some specialty-specific, cultural factors that probably play a role. As cardiologists, number one we are generally taking care of the highest-risk patients, and so are probably more inclined to be focused on the benefits rather than the risks. We also probably have more experience treating patients with high-intensity statins, and through our experience recognize that adverse consequences of taking statins are relatively rare.”

Primary care physicians take care of a “very different cadre of patients” on a day-to-day basis, he continued. “Their perception of the overall benefit [of statins] is probably lower—they are treating lower-risk populations—and they may put more weight on an average consequence.”

As for the latest iteration of the ACC/AHA cholesterol guidelines that were released last year, Wang said they might give physicians a little more wiggle room to let their personal beliefs dictate practice. “The 2013 guidelines were a little too one-size-fits-all, and so the newer guidelines I think provided more rationale for people to really be able to say this is the approach that I'm going to take. . . . We will hopefully see much more guideline adherence with the newer guidelines. It's obviously too soon to say that but that's my hope.”

Masoudi wasn’t so sure. “To me, it's not necessarily the guidelines so much that make a difference as it is the phenomenon that was observed” in the study, he said. “Although I think the relationship is relatively modest, [the findings do] bring up this issue of how preconceived notions might influence clinical decision-making and how there may be some specialty-specific sort of cultural factors that may be playing a role in decision-making as well.”

Continuing Anticoagulation During TAVR in A-fib Patients May Be Safe, Study Suggests