The SPRINT analysis has no immediate therapeutic implications, since there are no good ways to reduce variability, one expert says. 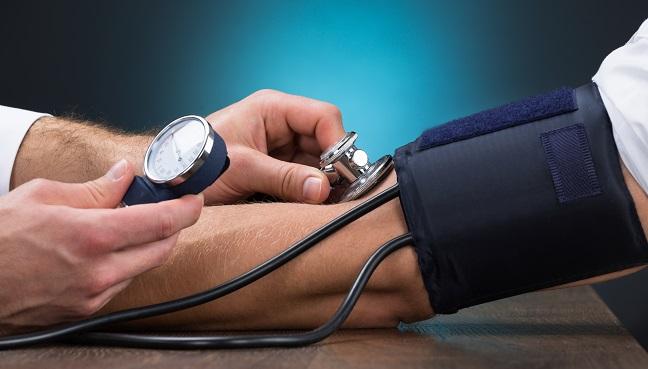 HOUSTON, TX—Patients with higher visit-to-visit variability in blood pressure have an elevated incident stroke risk, regardless of how aggressively they are treated with antihypertensives, an analysis of the SPRINT trial shows.

Four different measures of variability were all higher in patients who had a stroke during follow-up, and the relationship remained after adjusting for mean blood pressure and for numerous potential confounders, Adam de Havenon, MD (University of Utah, Salt Lake City), reported at the International Stroke Conference here.

“My hope is that ultimately we will focus a little more on reducing variability,” he told TCTMD, pointing out that clinicians do not commonly focus on that measure in day-to-day practice. “I think probably the next frontier in terms of managing blood pressure in stroke patients is reducing variability somehow.”

He noted that certain antihypertensive agents, such as calcium channel blockers, may be better than others—beta-blockers for example—at maintaining more consistent blood pressure. But reducing variability may come down to finding out what works for individual patients in terms of how drugs are administered or some other factor, de Havenon said.

Clive Rosendorff, MD, PhD (Mount Sinai Hospital, New York, NY), who was not involved in the study, was more skeptical of any therapeutic implications of the findings, however. He told TCTMD that it is not surprising that greater variability in blood pressure is associated with incident stroke because it has previously been shown to be related to a range of complications of hypertension, including MI.

I’m not in favor of any tests or screening to produce a result for which we have absolutely no response. Clive Rosendorff

The link between blood pressure variability and adverse outcomes doesn’t have a clear explanation, Rosendorff said, but it could be related to surges in the activity of the sympathetic nervous system or in the release of catecholamines.

The clinical application of the findings is hampered, however, by the lack of proven ways to influence variability, he said, adding that he does not see a benefit to measuring it in day-to-day practice. “I’m not in favor of any tests or screening to produce a result for which we have absolutely no response,” he explained.

Greater blood pressure variability has been associated with risk of stroke and multiple other adverse outcomes in prior studies, but de Havenon said that he wanted to explore the issue in a population with tight blood pressure control, as found in SPRINT. The main results of the trial, reported in November 2015, showed that treating systolic pressure to a target below 120 mm Hg versus a standard target of less than 140 mm Hg lowered the risk of adverse clinical outcomes in nondiabetic patients at high cardiovascular risk.

Regardless of definition, variability was greater in the 109 patients who developed stroke during a median follow-up of 3.3 years than in those who did not. When looking at SD specifically, patients in the highest tertile had a greater stroke risk compared with those in the lowest (HR 1.84; 95% CI 1.17-2.89).

Adjustments for mean systolic pressure and for possible confounders did not have a major effect on the result, which was consistent in both the intensive and standard treatment arms.

De Havenon said that the clinical community should be paying more attention to blood pressure variability, which may be made easier by developments in technology. Some patients are now using smartphone apps to track blood pressure readings and new continuous monitoring devices could yield a wealth of information about pressure fluctuations, he said.

That type of monitoring could be targeted to certain high-risk subgroups of patients, including those with lacunar strokes or with events tied to large artery atherosclerosis, he said.

De Havenon said he also hopes to perform studies assessing whether blood pressure variability is having more of an effect in patients with one type of stroke over another. Because there were only 109 strokes included in the current analysis, that would require pooling data from other studies, he said, noting that he is in the process of obtaining data from the ACCORD trial to perform such a study.