The results speak to the need to promote diversity in trials as well as address persistent real-world disparities. 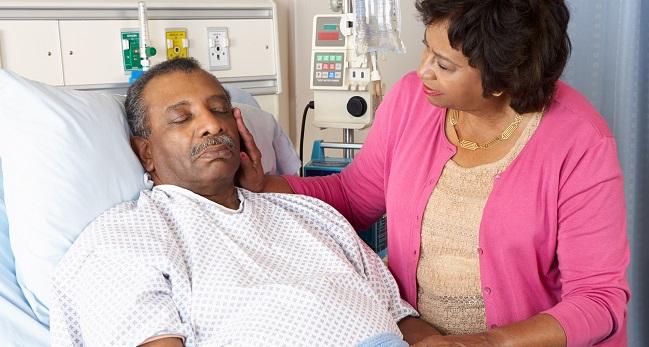 Even in a research setting, Black patients are at higher MACE risk by 5 years after PCI compared with their white counterparts, according to a new report. The same isn’t true for Asian or Hispanic trial participants.

Mordechai Golomb, MD (Brigham and Women's Hospital, Boston, MA), and colleagues combined 10 RCTs for a total of 22,638 participants, 91% of whom were white. Earlier studies have suggested race is tied to myriad aspects of CAD care, such as the timing and use of revascularization as well as stent choice. Outcomes also appear to be different, even after accounting for clinical factors, insurance, and socioeconomic status.

Yet “current knowledge has been derived mainly from registries and single-center studies lacking central monitoring and event adjudication,” they point out in their paper published online recently in JACC: Cardiovascular Interventions.

As to whether these RCT-based results can speak to actual practice, Golomb said that “most would agree real-world disparities exist. Our study reaffirms prior reports.” Their analysis, he continued, allows a sharper focus: “By combining patient-level data from multicenter, high-quality RCTs with core lab adjudication, it reduces the ‘noise’ we may encounter with registries and improves generalizability.”

The differences seen here, he told TCTMD via email, likely arise from a “combination of several factors that are not directly captured in our models, such as socioeconomic status and true compliance rates, and quite possibly yet-to-be-elucidated genetic differences as well.”

Every time you read a clinical trial, ask yourself how well the population studied represents your patient population. Celina M. Yong

Celina M. Yong, MD, MBA, MSc (Stanford University and VA Palo Alto Healthcare System, CA), who didn’t take part in the study, agreed that there are unknowns at work. “I think it comes down to the fact that there are many more biologic and social factors that contribute to race-based differences in PCI outcomes than we currently understand—and certainly more complexities than we can fully adjust for in a statistical model,” she said in an email to TCTMD.

Unfortunately, RCT-based data still have limitations, Yong explained. Though treatment is randomized, it’s “hard to equalize all the other factors that impact outcomes in the long run,” she said.

Underrepresented minorities (URMs) continue to make up small slices of trial populations and may not be representative, and they may be lumped together in ways that don’t make sense, Yong added. “Take, for example, the ‘Asian’ population—there is tremendous diversity within this group, with drastic differences ranging from predisposition for coronary disease to nonresponse to clopidogrel. Yet, we have a hard time even including Asians as a group at all, let alone adequately disaggregating them.”

Yong also emphasized the complexity of addressing real-world disparities. “It’s not as simple as just choosing the right length of time for antiplatelet therapy, or the right size stent,” she said. “There is a complex interplay of social, behavioral, biologic, and cultural factors that we are just beginning to understand after decades of work in this space. But it’s important work, and as a start, we need concentrated efforts to ensure adequate representation of different races and genders in our clinical trials.”

Michael G. Nanna, MD, and Eric D. Peterson, MD, MPH (both Duke Clinical Research Institute, Durham, NC), in an accompanying editorial, urge action. “Solving racial health disparities is a crucial and pressing priority for all in healthcare. The findings from Golomb et al remind us just how large the racial gaps in CVD care and outcomes continue to be. Yet, rather than merely observe these differences over and over again for the next 30 years, there is an urgent need for action to address these, both locally and nationally,” they say, crediting the recent death of George Floyd for sparking a movement to address racism.

“The medical profession too should seize this moment and find ways of reversing racial disparities in health and healthcare. Talking is no longer enough; it is our responsibility to finally deliver effective solutions,” Nanna and Peterson write.

Disparities at 1 and 5 Years

For their analysis, the investigators used individual patient-level data obtained from the Cardiovascular Research Foundation (New York, NY), as part of 10 trials of coronary interventions. Median follow-up was 1,095 days. Minorities made up a small portion of the overall data set: 4.1% of patients were Black, 1.8% Asian, and 2.1% Hispanic.

Abundant baseline differences were seen across the racial/ethnic groups. Black patients in particular were more likely to be female and younger than white patients, had higher body mass index, were more apt to smoke, and had more diabetes, hypertension, and hyperlipidemia. Their target vessels tended to have larger minimal luminal diameter, smaller percent diameter stenosis, and less moderate-to-severe calcification, and they were more likely to show TIMI flow grade 3 prior to treatment. After PCI, Black patients had higher rates of TIMI flow grade 0 or 1 compared with white patients.

In their editorial, Nanna and Peterson ask: “If clinical factors and access to coronary revascularization cannot explain worse outcomes among Blacks, what does?”

Likely many drivers, including socioeconomic differences, are responsible for the fact that Black patients in the United States are less likely to see CV subspecialists, less likely to receive evidence-based medical therapies, and more likely to be treated at low-volume centers, they say. These details aren’t captured in the current report, which didn’t have access to downstream care patterns that might have contributed to long-term outcomes.

Importantly, the editorialists stress, “the study by Golomb et al should also not be viewed in isolation but rather as part of a broader and consistent message of widespread racial disparities in America.”

One message that these data reinforce is the need to ensure diversity in clinical trials, Golomb said, “which should be addressed at the early stages of trial planning and protocol design.”

Yong, for her part, said “it’s going to take a concerted effort. Traditionally underrepresented groups aren’t just going to knock on the ivory tower doors asking to be enrolled. We need to be creative, and meet underrepresented groups where they are. With modern day technology, why aren’t we using social media and other novel avenues to recruit more? Why can’t we move to more virtual platforms, especially now that our telehealth capacities have ramped up in the setting of the COVID-19 pandemic?”

The PLATINUM Diversity trial, she said, serves as an example of how these issues can be kept in mind during recruitment.

“I do think awareness is growing about this. The racial differences in COVID-19 infection rates forced our entire nation to face the reality of the dramatic health disparities that persist in this country,” Yong observed.

Physicians translating research results into practice should be thoughtful, Yong advised: “Every time you read a clinical trial, ask yourself how well the population studied represents your patient population. Can this be applied to women and URMs? What are the gaps in knowledge if we want to apply these findings to URM groups? And then ask what the authors did to address those questions. The only way we will turn the tide on this is for the entire scientific community to demand that these issues are addressed in every major study.”

A key element to disparities—and one that may be a jumping off point for reducing them—is baseline CV risk factors, Golomb observed. “Some are clearly modifiable, while others may be controlled with better primary prevention measures and early treatment programs. In addition to actively addressing this issue, further research will help us understand what other factors contribute to these differential outcomes, how to mitigate their effect, and ultimately improve patient care,” he commented.

Note: Several study co-authors are employees or faculty members of the Cardiovascular Research Foundation, the publisher of TCTMD.

Troponin Testing in COVID-19: New Review Offers a Framework for Use

Race May Be a Proxy for Many Disparities in CVD Treatment, Outcomes 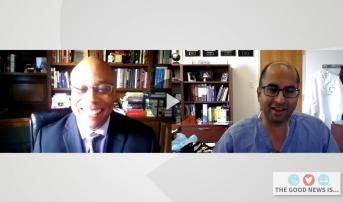