In the small study of women with no CVD, up to 57% of ECGs from those with implants were classified as abnormal. 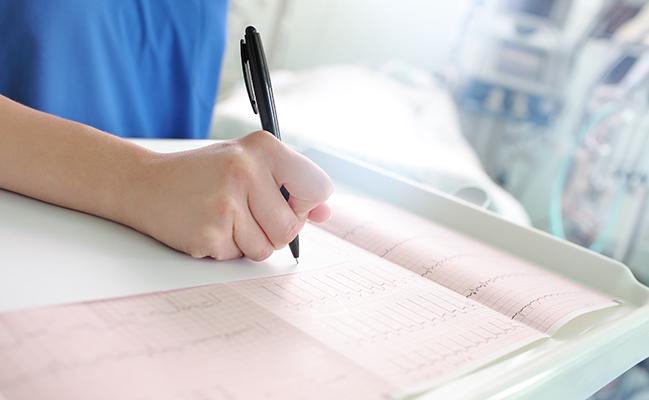 A small study suggests breast implants may interfere with the quality of ECG readings, leading to false-positive abnormalities.

Researchers led by Sok-Sithikun Bun, MD (Princess Grace Hospital, Monaco), found that between 38% and 57% of ECGs from women with no known heart disease who had breast implants were considered abnormal. The abnormal findings were primarily loss of R-wave progression and ST depression.

The study, presented this week at the EHRA EUROPACE-CARDIOSTIM 2017 meeting in Vienna, Austria, looked at 28 middle-aged women with breast implants and 20 women of the same age without implants who served as controls. Two electrophysiologists blinded to the women’s history evaluated the tests. None of the women in the control group had abnormal ECG findings.

“The main difference between the two groups of women was the breast implants, so we think the abnormal ECG recordings were false readings due to the implants,” said Bun in a press release.

In an interview with TCTMD, T. Jared Bunch, MD (Intermountain Heart Institute Heart Rhythm Specialists, Murray, UT), who was not involved in the study, said the findings make sense and raise awareness that this could be an issue for many women.

“The ECG interpretation and the signals are directly dependent on how close the patches are to the heart, so anything that might distort that relationship, such as implants or [abdominal] weight gain, can affect quality,” he observed.

Bunch said while people should be cautious about interpreting the study results, it is “completely plausible” that these false readings were caused by increased distance of some of the ECG leads to the heart. However, since multiple leads are always used, he said, further research would be useful to understand which leads are most likely to be affected by anatomic changes, such as breast implants.

Importantly, Bunch also noted that ECG abnormalities are common, with anywhere from 10% to 15% of the general population having subtle abnormalities that need to be evaluated in conjunction with symptoms, risk factors, and family history.

The researchers advise women with breast implants to inform their physician before having an ECG and suggest that women scheduled for breast implants should consider having a baseline ECG before the surgery.

While obtaining serial ECGs before and after breast implants in the context of a study would be a good way to explore the issue further, Bunch said, obtaining a baseline ECG prior to breast implantation in all women is not necessarily practical . This is because a test that is a few years old is unlikely to be relevant, especially in the setting of new-onset chest pain.

“I don’t know that we can advocate that at this time because we don’t know enough about the significance of these findings from baseline noise of normal EKG findings,” Bunch concluded. “Until we do we may be expending a tremendous amount of healthcare resources without a lot of yield.”