Surgeons argue the heart team approach for patients with CAD is not used as often as it should be in today’s practice. 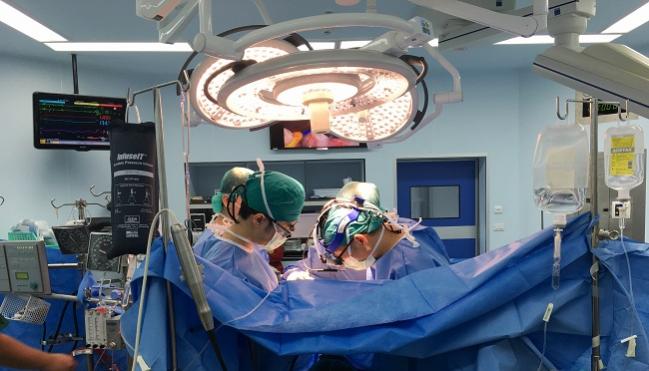 Long-term follow-up of patients with coronary artery disease suggests CABG surgery results in significantly better clinical outcomes when compared with PCI, with investigators concluding the surgical approach should remain the preferred method of revascularization for young patients with three-vessel disease.

“Unfortunately, [often] patients with extensive coronary artery disease never actually meet a surgeon,” senior investigator Wael Awad, MBBS, MD (St Bartholomew’s Hospital, London, England), told TCTMD. “They see the cardiologist who says, ‘I can do this. I can do that. You don't need your chest opened. You'll get out of the hospital quicker.’ But they don't go into the subsequent complications.”

US and European clinical guidelines both strongly advocate for a heart team approach when dealing with patients with complex and extensive CAD. For these patients, both CABG and PCI are revascularization options, with the decision determined by the extent and type CAD and the patient’s baseline risk of surgery, among other factors. Awad noted that most studies comparing PCI and CABG do not follow patients long term and most include patients who are in their mid-70s or older. Long-term outcomes are inherently more important for a younger cohort, he said.

Follow-Up Out to 12 Years

For the study, which Awad presented last week at the Society of Thoracic Surgeons’ Annual Meeting, the researchers retrospectively analyzed 200 patients (mean age 45 years) at their institution who received CABG or PCI between 2004 and 2016.

When patients were stratified by how many vessels were affected, event rates were similar for CABG and PCI in those with single- and two-vessel disease at 5 years. However, for patients with three-vessel disease, PCI was linked with greater rates of repeat revascularization (36.4% vs 7.6%; P < 0.01) and MACCE (36.4% vs 12.7%; P = 0.02) compared with CABG. At 12 years, CABG was associated with not only lower rates of repeat revascularization and MACCE compared with PCI in patients with three-vessel disease, but also MI (P < 0.01 for all).

Awad said the motivation behind the study comes from the fact that he has been seeing an increasing number of young patients presenting with CAD symptoms. “When they have their angiograms, they are discussed during meetings with the cardiologists and surgeons, and it's frequently said by the cardiologists that the patients should be offered PCI in order to delay their operation for a few years,” he observed. “I strongly believe that that is not a very good argument.”

Conducting a long-term study inevitably means that techniques will improve over time, but he argued that “you'd be surprised at how little” both PCI and CABG have changed. For example, he said, at the start of the study, DES were being used during PCI and CABG was possible with LIMA, bilateral mammary artery, and radial grafts and it could also be done “off-pump.”

Commenting on the study to TCTMD, cardiothoracic surgeon Kendra Grubb, MD (University of Louisville, KY), agreed that “surgery hasn’t changed that much” since 2004, but admitted that stent technology has. Nonetheless, “what they have demonstrated is what many surgeons believe, that all patients with three-vessel disease really deserve to have complete revascularization, and over and over we’ve shown that we can do a more complete revascularization with open surgery versus stenting. They just re-demonstrated this in a young patient population.”

The “data and the presentation is a good starting point for a discussion,” she added.

Interventional cardiologist William F. Fearon, MD (Stanford University Medical Center, CA), told TCTMD that the long-term data indicate an advantage for CABG, but argued that the results would not be applicable to today’s practice given not only the changes in revascularization strategies over time but also the small sample size and retrospective study design.

“Young patients with three-vessel CAD should undergo a heart team evaluation with input from cardiac surgery, interventional cardiology, general cardiology, and primary care in order to develop an appropriate discussion and recommendation for the patient to make the most informed decision about revascularization,” he said in an email. “In general, if the patient has simple three-vessel CAD then I believe PCI guided by fractional flow reserve is an appropriate strategy. If the patient has complex disease, then likely CABG is a better strategy if there are no clinical factors making surgery high risk.”

From her experience as a surgeon, Grubb said that “once you place a series of stents, then I stop having as many targets from a surgical perspective—I start losing the ability to give them the most perfect revascularization because there’s a stent right where I need to go.” All of the current data indicate to her that young patients with three-vessel disease will benefit the most from complete revascularization “no matter which modality you choose . . . and that is likely going to mean surgery,” she said.

Awad said that in the end, he respects patient choice “as long as [the patient] hears the whole story and has a chance to meet the surgeon.”

Grubb added that the “penetration of a heart team approach to coronary disease is nowhere near where we need it to be,” as compared with, say, patients with structural heart disease. “One of the limitations in our global system is that the cardiologist is the one who is identifying the disease and is the one that kind of drives the initial patient encounter,” she said. These data “should cause people to pause, and if you have three-vessel disease in a young patient, it should trigger a heart team approach to have . . . the patient and the cardiologist and the surgeon all at the table to really decide what is best.”

PCI vs CABG in Multivessel Disease: What Do the US Guidelines and AUC Say?