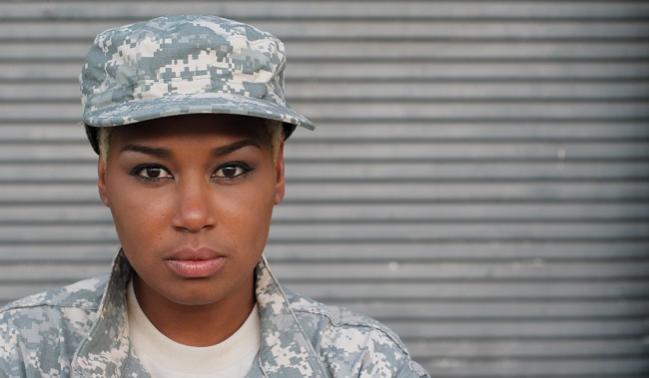 As the ranks of women continue to grow within the US military, there is a pressing need to improve cardiovascular care and research in female veterans, according to a new call to action.

Over the past few decades, the number of women seeking care within the Veterans Health Administration (VHA) has risen dramatically, underscoring the need to get a better handle on how female veterans are managed in a system that was initially set up to care almost exclusively for men, senior author Ramin Ebrahimi, MD (VA Greater Los Angeles Healthcare System and University of California, Los Angeles), told TCTMD.

Indeed, though there have been several studies looking at cardiovascular risk factors in military women, there have been few prospective investigations of CVD in this high-risk group, noted lead author Janet Han, MD (VA Greater Los Angeles Healthcare System and University of California, Los Angeles).

“We need to step beyond that and start looking at more prospective randomized trials that include more women veterans so that we can better understand cardiovascular disease in this population,” Han said.

In their review paper, which appears in a special “Go Red for Women” issue of Circulation published February 19, 2019, Han, Ebrahimi, and colleagues point out that of roughly 1.3 million active-duty members of all branches of the US military, 16.3% are women, and that the number of female veterans is expected to continue to increase over the next 25 years.

Women veterans are really a unique population that are at risk, Janet Han

As in the general population, CVD is the leading cause of death in this group, although female veterans have a particularly high burden of disease and its associated risk factors compared with both their male counterparts in the military and civilian women. Overall, 11% have diagnosed CVD, including nearly one-third of those over age 65. More than half of younger women veterans (60%) have at least one major CVD risk factor, with that figure rising to 75% in middle age and 80% over age 65.

The high rates are partly due to exposure to the trauma of combat, which causes posttraumatic stress disorder (PTSD), Ebrahimi said. PTSD, as well as depression and—to some extent—anxiety, has been associated with CVD.

But another huge issue affecting military women in particular is sexual trauma. Four in 10 women veterans report having been sexually assaulted while serving in the military, compared with 17% of civilian women. “Women veterans sometimes don’t want to come to the VA because VAs are really geared toward men, and because of military sexual trauma issues, women may not be as comfortable coming to the VA for care because they may be harassed at the time they come through the doors,” Han said.

The double whammy of trauma from combat and from sexual abuse could be contributing to the high levels of CVD risk factors seen in military women, Ebrahimi said. “As a result of these exposures, whether it’s a defense mechanism or an adaptive mechanism, . . . these patients may be drinking more, smoking more, and have worse habits,” he said. “It’s possible that’s what’s going on and it’s possible that because of socioeconomics, educational barriers, and other factors that they just do not live lives as healthy as the rest of the population.”

Women veterans also experience the same types of sex-based disparities in terms of CVD diagnosis and treatment that have been seen in the general population, the authors note. For example, female military members have been shown to be less likely to receive coronary angiography and more likely to get noninvasive testing than their male counterparts despite having more chest pain or angina diagnoses. Use of various interventions, such as cardioversion, pacemaker or defibrillator implantation, or ablation, are also used less in women.

“Women veterans are really a unique population that are at risk,” Han said. “I think it’s something that . . . hasn’t been talked about at all. So it’s important to bring this to light.” She noted that the need for better studies of women veterans is starting to be addressed, pointing to the ongoing WARRIOR trial—which is comparing intensive medical therapy and usual care for the treatment of nonobstructive CAD in women who are veterans or active-duty service members—as an example.

The authors consider their review a call to action.

“The rapidly growing women veteran population represents a specific at-risk population, with characteristics that set them apart from their male counterparts as well as their civilian sisters, in regard to CVD risk factors and CVD recognition, diagnosis, treatment, and possibly even outcomes,” they write. “Significant advancements have been made over the last decade into better characterizing CVD in women veterans, but there remains a large gender gap and paucity of prospective, randomized, interventional clinical trials. The time is now to continue to push to the forefront the cardiovascular care of women veterans—to help save the hearts and lives of the women who have bravely served our country.”

Many CVD Risk Factors Remain Uncontrolled in Men and Women, but Emphasis Differs

Quality of CAD Care Varies by Type of Medicare Coverage

Military Veterans With PTSD Are at Risk for A-fib