Patients with diabetes, chronic kidney disease, and a higher burden of comorbidities appeared to derive the most benefit. 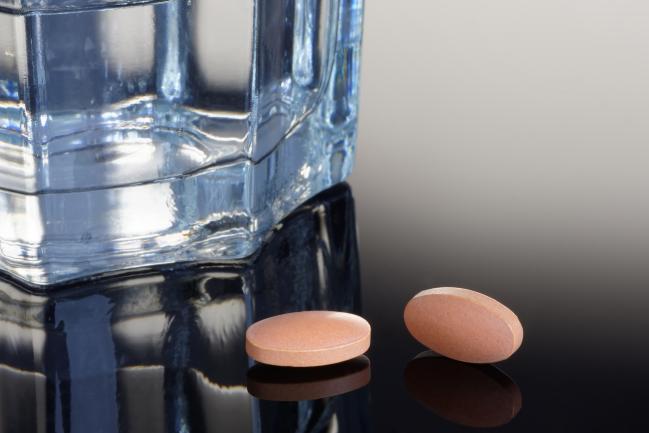 NEW ORLEANS, LA—Prognosis remains dismal for patients with out-of-hospital cardiac arrest, but use of statins in the year leading up to the event may provide a boost in survival, a Taiwanese study suggests.

Survival to hospital admission, to discharge, and to 1 year were all greater in patients who had used statins for at least 90 days prior to their arrest, with the highest rates seen in those taking high-potency medications, according to a study that will be presented tomorrow by Ping-Hsun Yu, MD (Taipei Medical University, Taiwan), here at the Resuscitation Science Symposium being held at the American Heart Association (AHA) Scientific Sessions 2016.

This potential benefit may be considered when prescribing statins, particularly in patients with a high cardiovascular risk, Yu told TCTMD in an email. He noted that stopping statins after the event was associated with worse outcomes. Thus, he said, “I personally think early statin use after cardiac arrest may be effective to improve outcomes.”

Commenting on the study in a prepared video, AHA spokesperson Benjamin Abella, MD (Hospital of the University of Pennsylvania, Philadelphia), called the study “intriguing and interesting, and important in as much as it suggests the next trials that we need to conduct. I think a prospective trial looking at statins among patients with cardiac arrest would be important in coming years.”

But there is probably confounding that contributes to the strong association observed between prior statin use and survival, with relative increases in survival of 25% to 44%, he pointed out. “For example, are statins just a surrogate marker that these patients are receiving better medical care? That they had better follow-up? Is statin use just a surrogate marker that patients are on an array of other key medications that may also be helpful? That these patients are more aware of their need for exercise?”

If the effect is real, however, “this is a very large association,” he said. “Cardiac arrest has a very high mortality rate. Something that could improve cardiac arrest by 10% or even 20% would be a massive advance for us. That would be a very important finding.”

Besides lowering cholesterol, statins have been shown to have anti-inflammatory, antithrombotic, and neuroprotective effects, Yu said, adding that statin use has been associated with improved outcomes in patients with sepsis, MI, and ischemic stroke.

Post-cardiac arrest syndrome is a sepsis-like condition, he said, leading to the idea that statin therapy might be beneficial in this setting.

To explore the issue, Yu and his colleagues examined data from the National Health Insurance Research Database of Taiwan, which includes claims data covering more than 99% of the Taiwanese population. The analysis included 142,131 patients with out-of-hospital cardiac arrest between 2004 and 2011; 2.8% had used statins in the year leading up to the arrest.

After propensity matching, prior statin use versus no statin use was associated with improvements in the following outcomes:

Rates were slightly better with more potent regimens, although other types of statins were also tied to improved survival.

Subgroup analyses revealed that patients with chronic kidney disease, diabetes, or a higher comorbidity burden appeared to derive greater benefits from the use of statins before cardiac arrest.

Statin treatment has been linked to a greater risk of type 2 diabetes in prior studies, and Yu noted that other research has suggested that statins deteriorate glycemic control in patients with diabetes.

However, he said, “diabetes is a condition of inflammation. The [anti-inflammatory effect] may be more important in patients with cardiac arrest.”

The stronger apparent benefit in diabetics “may not be so surprising,” Abella said. “It's generally becoming more understood that statins act by more mechanisms than just lowering of cholesterol. They may have broader metabolic effects, effects on inflammation, and these are important factors in the metabolic syndrome and in patients with diabetes.”