Noncardiovascular comorbidities and complications are frequent, raising questions over how cardiologists can gain critical care skills. 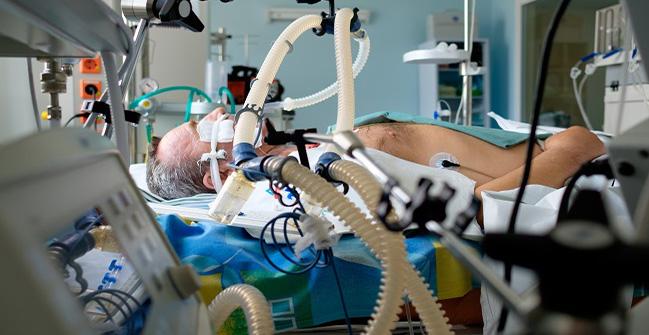 New data from a tertiary-care academic medical center help confirm what many cardiologists already suspect—that a large segment of patients seen in today’s cardiac intensive care unit (CICU) are battling acute illnesses that have little or nothing to do with their cardiac disease. Managing these complex conditions is difficult, and patients experiencing them tend to have longer stays as well as high mortality and readmission rates, authors say.

In the early 1960s, CICUs were “initially established for the post-heart attack complications, mainly arrhythmias. Now 50 years later you have a completely different dynamic,” he said. “These patients are riddled with comorbidities and very complex.”

David A. Morrow, MD, MPH (Brigham and Women’s Hospital, Boston, MA), who was not involved in the research, said the study by Holland et al “is important, because it quantifies what almost any cardiologist who practices in a contemporary CICU knows intuitively, but there really has been such sparse data investigating processes of care and demographics [in in this setting].”

To TCTMD, he observed: “It is what we live every day, and what has motivated many of us in this field to recognize the need for changes.”

An aging population and improvements in care can be credited for causing this shift, Morrow said, by enabling “patients to survive to much more advanced stages of their disease than in the past. . . . Now they present with multisystem organ complications and that is really sort of the ‘driving force’ in the complexity of the care.” And as in other specialized niches of cardiology, it can be difficult to gain familiarity with all the sophisticated techniques and devices that are available, he explained. “The exposure that we get to those is generally insufficient within our general cardiology training to truly be expert.”

The study was published in the April 25, 2017, issue of the Journal of the American College of Cardiology.

For the study, Holland along with Travis J. Moss, MD (University of Virginia Health System), looked at 1,042 patients admitted to the CICU (median age 65.9 years; 62% men) at their center over a 13-month period starting in October 2013. A retrospective chart review revealed that the most common diagnosis among admitted patients was ACS (25%), with slightly fewer than half of those cases being STEMI. Sepsis was a primary diagnosis for 5% of patients. Fully 70% of admissions were “medical,” meaning that they did not undergo scheduled or unscheduled procedures.

Acute kidney injury and acute respiratory failure were each experienced by three in 10 patients, and 16% had sepsis during their stay. Half of all admissions involved one of those three complications, which along with cardiac arrest were independently associated with increases in mortality risk.

Median length of day was 2 days in the CICU and 6 days in the hospital, with mortality rates of 7% and 12%, respectively. Of the patients who survived to discharge, 19% returned to the hospital within 30 days. Nearly a third of those readmissions were to the CICU and most were for cardiovascular diagnoses. Noncardiovascular complications were associated with lengthier stays, while comorbid conditions were linked to greater odds of readmission.

A Need for Critical Care Training

What’s known is that “CICU patients are a vulnerable lot, with poor physiological and cardiac reserve, and numerous comorbidities, and thus are less able to tolerate critical illness,” they say. “With such patients in mind, more integrated management with critical care specialists (‘intensivists’) must be championed as the new standard of practice in the CICU.”

Today’s clinicians, Holland agreed, need greater competency and more training to deal with the noncardiovascular conditions that are ever more commonplace in the CICU. But exactly how best to do that is not yet known, he added, and warrants further study. At his center, an attending cardiologist supervises the CICU; critical care consultation is available but not required.

Morrow predicted that there won’t be a “one-size-fits-all solution.” While there is a need for a new generation of cardiologists who can handle this comprehensive level of critical care for patients with acute cardiac disease, “I don’t think that every hospital on the corner needs to have an advanced ICU that offers the whole panoply of devices and procedures,” he said. “There will be a variety of staffing models that really fit the needs of your community.”

Study Suggests CCU Can Be Skipped for Many NSTE-ACS Patients