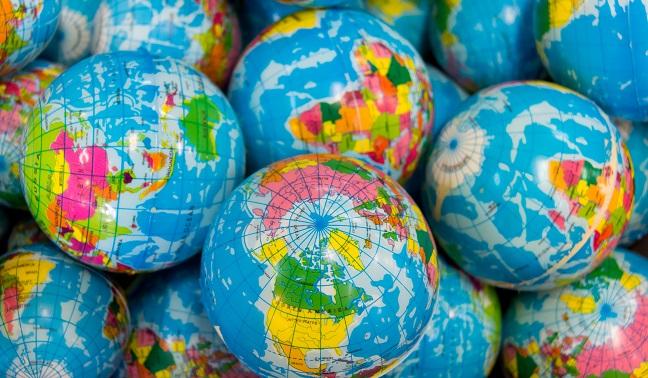 Cardiovascular disease’s burden is growing in middle-income countries, and previous improvements in cardiovascular health have plateaued in the industrialized world and may even be regressing in some areas, according to a new analysis of 2015 data.

Findings from the Global Burden of Disease (GBD) Study, an annual update on the relative impact of major diseases on global health, also showed that CVD remains a major cause of health loss for all regions. In the past 25 years, sociodemographic changes have been associated with declines in CVD in parts of the world with greater education and less poverty, but only a gradual decrease or no change at all in other areas, report investigators.

“The most concerning thing is we have such high rates of disease for such a preventable condition,” lead investigator Gregory A. Roth, MD, MPH (University of Washington, Seattle), commented to TCTMD. “We know how to prevent almost all of this disease burden. So, it’s a message for the public health community and health systems that they need to increase focus on CVD in all of these locations, not just in high income countries.”

Dariush Mozaffarian, MD (Tufts University, Boston, MA), who wrote an editorial accompanying the study, told TCTMD the growing burden of CVD in low- and middle-income countries represents a “global catastrophe,” explaining that the associated rise in healthcare costs may devastate countries with economies that are just starting to take off. Cardiovascular events, he said, can also be devastating to individual families when they affect the primary breadwinner.

Gains Have Stalled in Some High-Income Countries

Published online recently in the Journal of the American College of Cardiology, the updated results show that the age-standardized CVD death rate decreased from 1990 to 2015 in all high-income and some middle-income countries. Both globally and in each individual world region, the leading cause of CVD health lost was ischemic heart disease, followed by stroke.

In 2015, the estimated prevalence of CVD was 422.7 million cases, with an estimated 17.92 million cardiovascular deaths.

The investigators calculated a sociodemographic index (SDI) for each region based on income per capita, educational attainment, and fertility. As SDI increased beyond 0.25, the highest CVD mortality shifted from women to men. When SDI was above 0.75, CVD mortality decreased sharply for both sexes.

Speaking with TCTMD, Roth highlighted some of the most meaningful data to come out of the study.

A Call to Arms for Government and Cardiology

Roth said cardiologists have a particularly important role to play in communicating these issues both to their patients and to their communities as a whole. Cardiologists and their professional societies are looked up to as leaders in clinical settings and in the public health arena, he stressed, and as such they are in an ideal position to be advocates for evidence-based interventions, such as improving access to healthy food, healthcare, and increasing taxes on tobacco products.

“Our treatments for heart disease are extremely effective when people have access to them,” he stressed. “Cardiologists can communicate to legislatures and governments about how important CVD is not just to people’s health and well-being but also for them to [be able to] participate in the workforce and care for their families.”

To TCTMD, Mozaffarian said the 2015 GBD data are needed to help address health priorities worldwide. “Most governments have been paying attention to the health system, but that’s only part of it,” he said. “The foundation of CVD is poor lifestyle: poor diet, followed by tobacco use and lack of physical activity. All health systems have to integrate these factors.”

Governments, he added, can help address these problems through efforts such as city planning that considers access to good food and promotes routine physical activity. The World Health Organization has already passed a Framework Convention on Tobacco Control. Similar measures could address nutrition and physical activity, Mozaffarian proposed. He cited the American Heart Association’s inclusion of nutrition, physical activity, and tobacco control as core goals for 2020 as an important step in the right direction.

Commenting on the study, Anthony DeMaria, MD (UC San Diego School of Medicine, CA), said that cardiologists and cardiology societies in industrialized nations can lend a hand to the developing world. Sharing of knowledge, expertise, and technology is crucial and is already happening. For instance, he said, a handheld cardiac ultrasound device has been provided by US physicians to be used as a screening tool in India.

Are We Facing a ‘Global Catastrophe’?

DeMaria told TCTMD it’s been difficult to get a “good fix” on CVD prevalence throughout the world, mainly because it can be difficult to obtain information from poorer countries.

“This represents a significant step in filling that vacuum,” said DeMaria, a past president of the American College of Cardiology. Still, he added, it is important to keep in mind the study’s limitations. Notably, “the accuracy of the data was taken for granted, and a lot of modeling was done without sensitivity analysis,” he said. “We’ve got to acknowledge the fact that the public health data in sub-Saharan Africa is probably not going to be equivalent to public health data in the industrialized world.”

Even so, DeMaria continued, the study reveals the importance of the social determinants of health, such as proper hygiene and access to good nutrition and appropriate medications. Now that the developing world has made great strides in addressing infectious disease and child mortality, it is time to focus efforts on factors that affect the incidence of chronic diseases such as CVD, he suggested.

“It’s amazing to think that even simple measures could be very powerful in reducing CVD mortality in much of the world,” he noted. “We are focused in the US and industrialized world on interventional cardiology and technological advances like [implantable cardiac defibrillators]. But even treating hypertension, changing diets so people are not eating so much salt, and getting people to stop smoking cigarettes—all relatively simple lifestyle changes—could make an enormous difference in CVD mortality.”

Within the United States, he said, addressing the epidemic of obesity and type 2 diabetes is likely the most productive path.

Global Burden of Elevated Systolic Blood Pressure on the Rise