For Carotid Disease Patients, How Physicians Are Paid Affects the Odds of Revascularization

US Military Health System data suggest that in both symptomatic and asymptomatic patients, a fee-for-service model inspires more invasive care. 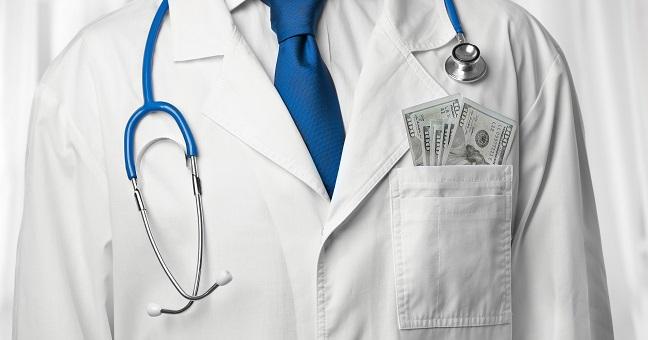 Patients with carotid stenosis are more likely to undergo revascularization—either surgery or stenting—when treated by a physician paid on a fee-for-service basis rather than one who earns a salary. The disparity is apparent even in symptomatic patients, where there is less equipoise over the choice between intervention and medical therapy, researchers have found.

But less clear is whether the findings reveal over- or underutilization, lead author Louis L. Nguyen, MD (Brigham and Women’s Hospital, Boston, MA), told TCTMD. The two are “not mutually exclusive,” he said, adding, “Of course, they exist together. Both are going on. Just where the push and pull is, is what we’re trying to show.”

Nguyen and colleagues found higher odds of revascularization under the fee-for-service model among both symptomatic and asymptomatic patients. In the symptomatic subset, he said, “it’s more of an appropriate aggressiveness of treatment as opposed to underutilization of treatment.” But in the asymptomatic, where there is more equipoise, there is more room for influence by nonmedical factors, Nguyen explained.

While provider-induced demand is a “true” phenomenon, said Christopher J. White, MD (Ochsner Medical Center, New Orleans, LA), it is not the only influence. White, commenting on the findings to TCTMD, pointed out that it’s unclear why, in the current study, the percentage of symptomatic patients was higher in the fee-for-service environment than in a military setting (17.9% vs 3.9%). Such an asymmetry suggests confounding, White said.

For the study, Nguyen and colleagues used the Department of Defense Military Health System Data Repository to identify 10,579 patients (44% women) who were diagnosed with carotid artery stenosis by a cardiologist or vascular surgeon between October 1, 2006, and September 30, 2010. Of the entire cohort, 1,307 (12.4%) underwent at least 1 carotid intervention.

Even after adjusting for various demographic and clinical factors, the researchers found that patients treated by physicians in a fee-for-service or purchased care system were more likely to have an intervention than those treated by physicians in a salary-based or direct care setting (OR 1.63: 95% CI 1.29-2.06). This pattern was seen both in symptomatic patients (OR 2.07; 95% CI 1.30-3.30) and asymptomatic patients (1.53; 95% CI 1.19-1.98).

If you go to a doctor who’s holding a hammer and you come in holding a nail, he wants to whack your nail. Christopher White

Physicians’ decisions to treat do matter, White agreed. “If you go to a doctor who’s holding a hammer and you come in holding a nail, he wants to whack your nail. . . . But what this paper doesn’t account for is patients forcing your hand, because a lot of patients want something done.”

Having previously worked at Walter Reed Army Medical Center before moving to Ochsner, White said he’s experienced both the fee-for-service and salary-based systems. “On the direct care side, there’s a longer wait typically. There’s less access [and] it’s hard to get in,” he said. “So patients who are wanting something done tend to find their way to the purchased care side.”

In the salary-based, direct care environment, patients have less power, he explained. “They can’t demand much. But in the purchased-care environment, they drive. They say, ‘You fix this or I’m going somewhere else.’”

Finding an ‘Appropriate’ Balance in Care

What’s really needed is “appropriate care,” White asserted, but there is no consensus now about what that means in the setting of carotid artery disease. Are these patterns, he asked tongue in cheek, “because the doctors are ‘greedy bastards’ who don’t care about their patients? Or is it because physicians are actually meeting their patients’ demands?”

That said, physician-induced demand makes sense as a concept, he agreed. “Naturally, doctors who are getting paid for things that they do are going to do more things than doctors who are not. That’s just human behavior,” White said. “Human beings behave according to their incentives.”

The degree of difference in revascularization in the study by Nguyen et al looks “really bad, and all I’m saying is I’m not sure it’s that bad. It doesn’t fit with my experience in both environments,” White said. And though there are outliers, he noted, “Frankly, 99% of doctors that I work with do the right things for the right patients. It’s hard to find misbehavior.”

To TCTMD, Nguyen also acknowledged the many things at work in why carotid artery disease is treated invasively: physician demand, patient preference, hospital factors, differences in disease detection, or even possibly upcoding. Physician-induced demand doesn’t seem to be a “ubiquitous problem,” he said. “Certain situations can lend themselves to it. Certain people can be more vulnerable to it.”

What’s more key, countered Nguyen, is not who is paying but how.