Neither of the two devices evaluated in the trial reduced the rate of clinical or radiographic central nervous system infarction early after surgery. 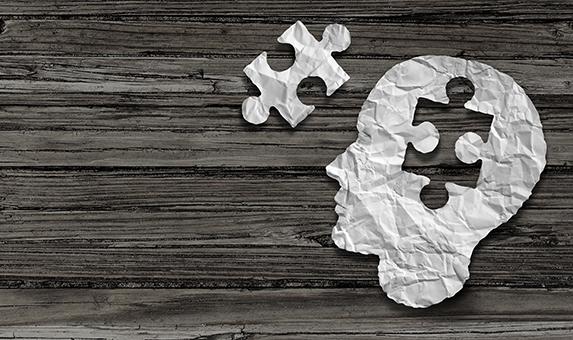 In the first 7 days after surgery, freedom from infarcts occurred in only 32.7% of patients in whom surgeons used the CardioGard cannula (CardioGard Medical), 27.1% of those in whom the Embol-X device (Edwards Lifesciences) was used, and 34.8% in whom a standard cannula was employed, Michael Mack, MD (Heart Hospital Baylor Plano, TX), reported at the American College of Cardiology 2017 Scientific Session. Neither device was better than the control.

There were also no benefits of embolic protection in terms of clinical stroke, the overall volume of infarcts on diffusion-weighted MRI, or neurocognitive function at 90 days.

On the other hand, Embol-X was associated with higher rates of acute kidney injury and cardiac arrhythmias at 90 days (P < 0.05 for both).

Mack noted that this was the first large, multicenter trial to collect information on brain injury after surgical AVR and that “the association between clinical and radiographic findings in this study and long-term neurocognitive outcomes is the subject of ongoing investigation.” The trial investigators have plans to follow patients out to 5 years to study whether surgery-related infarcts ultimately lead to dementia.

“Everybody’s been concerned about brain function post-cardiac surgery,” Mack said at a press conference. “Now we have a huge dataset, independent of whether the [protection] device works or not, to determine what the long-term consequence is of brain injury at the time of cardiac surgery.”

Many Patients Already Have Cognitive Deficits at Baseline

The trial, conducted at 17 centers in the United States and Canada, evaluated use of two protection devices: the CardioGard cannula, which aspirates both particulate and gaseous emboli during cardiopulmonary bypass, and the Embol-X filtration device, which is placed in the ascending aorta both before the cross-clamp is applied and after it is removed.

There was a planned enrollment of 495 patients, but the trial was stopped early after an interim analysis indicated a low likelihood that the primary endpoint would be reached. The final study population included 383 patients.

At baseline, roughly one-quarter to one-third of patients across groups already had cognitive impairment with at least one deficit, which Mack said was surprising because participants were presumed to have normal cognitive function. Those randomized to CardioGard were more likely to have cognitive impairment, diabetes, MI, and stroke/TIA than were the controls.

Debris—including particles from valve tissue, arterial wall, myocardium, calcium, plaque, and thrombus—was captured in most patients, including 75.8% of those in the CardioGard group and 99.1% of those in the Embol-X group.

Nevertheless, no clinical benefit was apparent at either 7 or 30 days. At the latter time point, the composite of clinical ischemic stroke, acute kidney injury, or death did not differ between either protection group and the controls.

Overall neurocognitive function at 90 days was not improved with either device, although there were fewer patients with a decline in executive function in the Embol-X group (P = 0.05).

‘I Don’t Want That Going to My Brain’

Commenting on the trial during a panel discussion following Mack’s presentation, David Thaler, MD, PhD (Tufts Medical Center, Boston, MA), said, “Though overall this appears to be a negative study, I’m very excited by it as a vascular neurologist. It’s got to be a good thing to stop all that junk from going up into the head.”

It’s got to be a good thing to stop all that junk from going up into the head. David Thaler
He said trials like this suffer from the inability to detect an impact of the interventions, noting that there is no biomarker similar to creatinine for kidney injury that can reliably detect brain injury. If there was, Thaler said, the investigators might have seen a benefit in the protection groups.

Mack agreed that the delirium findings were likely a reflection of embolic protection, adding that “we think that there are a number of signals of benefit here.”

“It intuitively makes sense,” Mack said. “You look at all the stuff collected in the filters and you say, ‘I don’t want that going to my brain.’” He pointed out that trials evaluating embolic protection during TAVR have yielded similar findings: debris captured in many patients without significant benefits seen on primary endpoints.

Mack said that moving forward, he and his colleagues will be looking to evaluate embolic protection in more carefully selected patients who are most likely to benefit while using a more discriminating endpoint, such as the occurrence of larger-volume lesions.

Panelist David Adams, MD (Mount Sinai Hospital, New York, NY), agreed with the need for further studies. “We’ve got to keep pursuing this because all patients having aortic valve replacement have a risk of this particular issue,” he said.

But Mathew Williams, MD (NYU Langone Medical Center, New York, NY), told TCTMD that he is not convinced embolic protection is worth pursuing in patients undergoing surgical AVR. For TAVR, on the other hand, he said he thinks “the jury is still out,” citing some signals of benefit from trials in that setting.

When asked why these devices are still being used despite the lack of proof of efficacy, Williams said it makes sense to want to prevent debris from moving into the brain, particularly when there is tangible evidence of potential harm coming out of the filters. “I think that’s probably why, but with this kind of data I’m not sure why people would continue to use [embolic protection devices],” he said.

He pointed out that “even if we’re able to define the population that will best benefit from using this for surgical AVR, we’re talking about a population that’s going to be better served with TAVR anyway, so I think the relevance is probably less.”

The takeaway for the use of embolic protection in AVR? “I don’t think its use is justified at this time,” Williams said.

Embolic Protection in TAVR: If, When, What, and How Debated as Trials Wrap Up

Embolic Debris Captured by Filters in Three-Quarters of TAVR Patients