The longtime cath lab director sought to improve the field of interventional cardiology through leadership and advocacy. 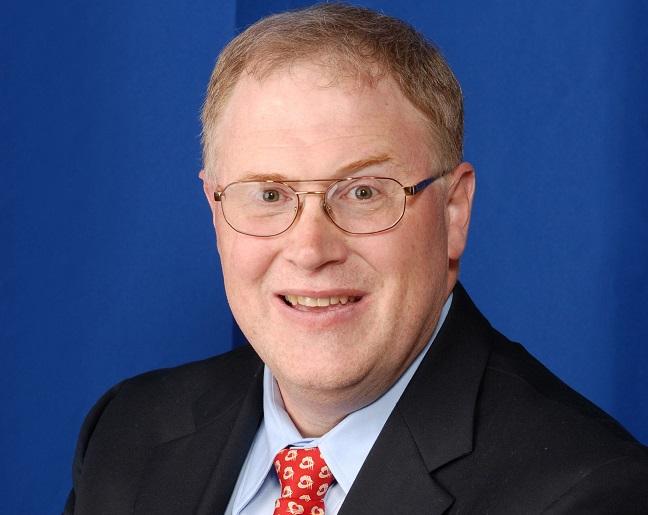 Charles E. Chambers, MD, a renowned cath lab operations expert and steadfast advocate for radiation safety and quality improvement in the field of interventional cardiology, died suddenly on June 9, 2019, at the Milton S. Hershey Medical Center in Hershey, PA, where he had worked for more than three decades. He was 64 years old.

“He was a gifted and skilled clinician, he was an exemplary educator, and he really dedicated his career to the advancement of cardiovascular care and radiation safety,” Steven Ettinger, MD, who worked with Chambers for much of his tenure at the Milton S. Hershey Medical Center, told TCTMD. “For those of us who were blessed to work with him and for his patients, he was really a remarkable person to be around, and we're fortunate that we at least shared time with him in our lives.”

Born in Poughkeepsie, NY, Chambers earned his medical degree from the University of Maryland, Baltimore and completed his residency in internal medicine at SUNY Buffalo and his fellowship in cardiovascular disease at the University of Vermont, Burlington. In 1994, he assumed the position of cath lab director at the Milton S. Hershey Medical Center, where he also served as professor in the department of medicine and radiology from 2002 onward.

From 2014 to 2015, Chambers was president of the Society for Cardiovascular Angiography and Interventions (SCAI). In that capacity, he was responsible for founding the society’s Cath Lab Leadership Boot Camp, which was designed to standardize and strengthen the training for those in cath lab leadership positions. Chambers represented SCAI at the National Quality Forum and held positions related to quality improvement and laboratory performance standards. Additionally, Chambers served as chair of the physician-led organization Accreditation for Cardiovascular Excellence, which evaluates and monitors facilities that provide cardiovascular care.

Kind With a ‘Voice of Stability’

Srihari S. Naidu, MD (Westchester Medical Center, Valhalla, NY), who collaborated with Chambers on various SCAI-related activities over the past 10 years, recalled him as a mentor who had “this voice of stability” and was warm and welcoming to all physicians who wanted to become more involved no matter their standing in the field.

“I remember getting to know him and just feeling an amazing sense of just sort of kindness and feeling like if you're working with him, you're kind of on the path to doing something that really is benefiting the entire field and benefiting patients as well as us as physicians,” Naidu told TCTMD. “When you were with Charlie, you knew you were with somebody who really had no ego. He was doing everything because he was so passionate about our field, passionate about helping people, and just wanting things to be done right and continue to improve.”

We have lost another giant in the field of interventional cardiology. Michael Lim

In an email to TCTMD, colleague and friend Manesh Patel, MD (Duke University Medical Center, Durham, NC), reminisced about first meeting Chambers while working with him on “a controversial project around defining appropriateness of coronary intervention—a project that most of the community was not sure of, didn’t seem to make sense, and at times many members of professional societies such as SCAI were concerned about. . . . Unlike others he listened, was thoughtful, was always kind, and put himself in the shoes of the others—often patients or physicians. He gave practical and important advice. He followed up and was consistent. He was a role model on what our profession and leadership is–the privilege of caring for patients and service to patients and our colleagues. He will be missed but not forgotten.”

Michael Lim, MD (Saint Louis University, MO), called Chambers “truly selfless.” In an email to TCTMD, Lim said that he “took on the tasks that aren’t ‘sexy,’ like radiation safety and cath lab standards and moved the field forward—we are all better off because of him. I will miss his unassuming and friendly ways. We have lost another giant in the field of interventional cardiology.”

‘Of the Highest Caliber’

Chambers was respected for his opinions and expertise regarding radiation safety in the cath lab and authored many publications and editorials in this field.

Giselle Baquero, MD (Southern Illinois University, Springfield), who completed her fellowship under the mentorship of Chambers, told TCTMD in an email that she and her co-fellows used to call him a “big red teddy bear” and remembered him as “an advocate to his fellows, never hesitating to go the extra mile to help us achieve our goals.”

When she became pregnant with her first child, Baquero said Chambers gave her a thorough lecture on occupational radiation exposure, a highlighted stack of papers on radiation safety, and phone numbers of women he knew who had previously been in her position and would share their experiences. “His [reassurance] gave me that extra push I needed to embrace my journey in the interventional field,” she said. “I try to pass along the same reassurance received from him to female cardiology trainees hoping to reinforce their passion for the field and help close, to some degree, the existing gender gap based on fear for radiation exposure.”

In 2006, he received the F. Mason Sones Jr Award from SCAI in recognition of dedication to education and quality of care, and in 2015, the society named a Master of SCAI (MSCAI) “for his commitment to excellence throughout his career and his commitment to the highest levels of clinical care, innovation, publication, and teaching,” according to a SCAI obituary. “Dr. Chambers embodied the ideals and values that SCAI hopes to instill in each of its members, and with great sadness, we say goodbye to a person and physician of the highest caliber.”

Chambers is survived by his wife, Linda, as well as his three children, three grandchildren, and two sisters. A viewing will be held on Thursday June 13, 2019, from 5:30 to 8:00 PM at the Hoover Funeral Home, 6011 Linglestown Road, Harrisburg, PA, and a funeral Mass will be held on Friday June 14, 2019, at 9:30 AM at Holy Name of Jesus Church, 6150 Allentown Boulevard, Harrisburg, PA, with burial afterwards at Resurrection Cemetery.

In the days following the news of Chambers’ death, many took to Twitter to share their memories.

Dr. Charlie Chambers, you will be greatly missed by all of us whose lives you touched, it was a real honor learning & working along your side...& stepping to the right under your always humorous commands “u r doing a magnificent work”????RIP @scaiwin @SCAI pic.twitter.com/4ZnBRkEEW0

RIP Dr. Charles Chambers. You will be sorely missed, but your spirit will live on forever. Thank you for supporting @SCAI_WIN and for always being kind, supportive, and excited about interventional cardiology @SCAI pic.twitter.com/ezDImnPJjT

Dr Chambers was incredibly thoughtful and kind. I often saw him grapple with difficult decisions as a leader of @SCAI, which showed the staff how seriously he took his position(s) within the Society and what a deeply good person he was. A sad day.

As #FIT I met him at #scai Fellows course - extremely kind and supportive. Sad to hear the news

Very sad to hear this news. Charlie was a supportive, thoughtful and generous leader. Like many of you he was supportive of me personally. And devoted to SCAI, his colleagues, his trainees and advocating for patients. But foremost above these came his family.

Our collective hearts are heavy with sympathy . Very sad to hear this news. He came to Indonesia and supported our society in hosting 2014 Asian Interventional Cardiovascular Therapeutics. Really a kind and humble person.

TAVR Growing in the US, but Vast Majority of Patients Not Receiving Any Form of Valve Replacement