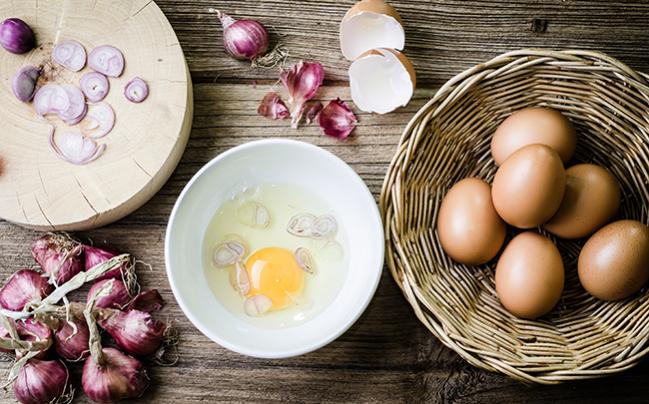 Vegetarians, vegans, and omnivores given an oral choline supplement for 2 months have a more than tenfold increase in trimethylamine N-oxide (TMAO), a metabolite derived from the gut microbiota that has previously been linked to the development of cardiovascular disease.

“We showed that as plasma TMAO levels go up, platelet responsiveness also goes up,” senior investigator Stanley Hazen, MD (Cleveland Clinic, OH), told TCTMD. “It happened in a dose-dependent fashion, and it didn’t matter if the vegans kept eating a vegan diet. If they had a high TMAO level, they weren’t protected. Their platelets were hyperresponsive. A platelet that is prone to aggregate like this is a risk for clotting.”

Red meat and high-fat dairy products are rich in choline, lecithin, and L-carnitine; microbes in the gut convert these compounds to trimethylamine (TMA), which is then oxidized TMAO. In the study, the approximately 450 mg of choline given to the participants was equivalent to three and a half eggs per day, said Hazen.

The results of the study were published April 24, 2017, in Circulation.

In March 2016, the researchers published a study in Cell showing that elevated plasma TMAO levels in more than 4,000 subjects predicted the risk of MI and stroke. Additionally, they found that exposing platelets taken from healthy volunteers to TMAO enhanced platelet activation by the agonist adenosine diphosphate (ADP). Furthermore, numerous in vivo studies have shown that feeding mice TMAO or choline raises plasma TMAO levels and makes the mice more prone to clot.

In the present study, the group prospectively recruited eight healthy vegans/vegetarians and 10 omnivores then started them on oral choline supplementation for 2 months. At 1 and 2 months, both groups showed significant increases in plasma TMAO levels with a corresponding increase in platelet responsiveness to ADP.

“We already know that plasma levels of this metabolite in thousands of people predict the risk of heart attack and stroke within the next 3 years, and we have a mechanism as to how it’s happening,” said Hazen. “It’s influencing the platelet function. Now we wanted to know if we could take anybody and titrate their TMAO by what we feed them and show a change in their platelet function. And the answer is yes.”

Brent Muhlestein, MD (Intermountain Medical Center Heart Institute, Salt Lake City, UT), who was not involved in the study, said the analysis is a “clean confirmation that at least one way TMAO may be bad for the heart” relates to platelet hyperresponsiveness. He noted that TMAO levels were slightly higher, although not significantly so, in omnivores than in vegans/vegetarians at baseline, but that choline supplementation resulted in significantly higher TMAO levels among the omnivores than their non-meat-eating counterparts.

Rather than being additive, adding choline to the omnivores appeared to have a multiplicitous effect, said Muhlestein.

In addition to showing that choline raised TMAO levels and enhanced platelet hyperresponsiveness, the researchers assessed the effects of aspirin on choline supplementation in the meat-eating subjects. The omnivore subjects had a choline-supplement-free washout period and were started on aspirin 81 mg for 1 month followed by 2 months of choline supplementation. Again, choline increased fasting plasma TMAO levels and ADP-dependent platelet aggregation responses in the aspirin-treated subjects.

Despite the increase, though, aspirin attenuated the rise in TMAO levels as well as reduced platelet hyperresponsiveness compared with what was observed in subjects who received choline without aspirin.

Regarding the clinical applications, Hazen noted that TMAO testing has been available at the Cleveland Clinic since 2015. For individuals known to have high levels of the gut metabolite, Hazen has previously suggested these individuals might switch to a Mediterranean or plant-based diet. With the latest information, high TMAO levels also appear to be attenuated by aspirin use, and this might help to guide primary-prevention decisions.

“Currently, it’s a little murky who we put on low-dose aspirin,” said Hazen. “We used to say everybody over the age of 35 years or everybody with a couple of risk factors, but we’ve now backed off on that in the last couple of years to where we say the benefits have to outweigh the risks.” He added that based on their results, primary-prevention patients with a high TMAO, as long as there is no contraindication, should go on low-dose aspirin. “It not only will attenuate the prothrombotic effect, but [also] will help lower their TMAO level,” said Hazen.

To TCTMD, Muhlestein noted that aspirin blunted the effect of choline on TMAO levels and platelet hyperresponsiveness, but did not completely block its effect; this suggests that even if patients are on aspirin, individuals with high TMAO levels should make dietary changes to further lower the risk of thrombotic events.

Regarding the possibility of using TMAO levels to guide aspirin use, Muhlestein said larger studies are still needed, specifically outcomes studies looking at whether aspirin can lower the risk of thrombotic events in patients with elevated levels. For the patient with existing cardiovascular risk factors, a high TMAO level would add yet another reason to use aspirin for primary prevention, but Muhlestein questioned whether it should be the sole guiding factor. For example, if a patient with thrombotic risk factors had a low TMAO level, Muhlestein said he would still prescribe aspirin.

He noted that previous studies showing a link between TMAO levels and cardiovascular events included a secondary-prevention population. “It does seem like a good idea to do a TMAO study in primary prevention,” said Muhlestein.