Compared with aspirin monotherapy, maintenance therapy with clopidogrel beyond the initial dual antiplatelet (DAPT) period is associated with a reduction in death, MI, stroke, and other outcomes in patients who have had PCI, the HOST-EXAM study shows.

In the Korean cohort studied out to 24 months, the results were consistent across patient subgroups, regardless of baseline clinical and angiographic characteristics. The composite of all-cause death, MI, stroke, and BARC bleeding type 3 or greater within 24 months of study entry—the primary endpoint—occurred in 5.7% of those randomized to clopidogrel and 7.7% randomized to aspirin (HR 0.73; 95% CI 0.59-0.90). 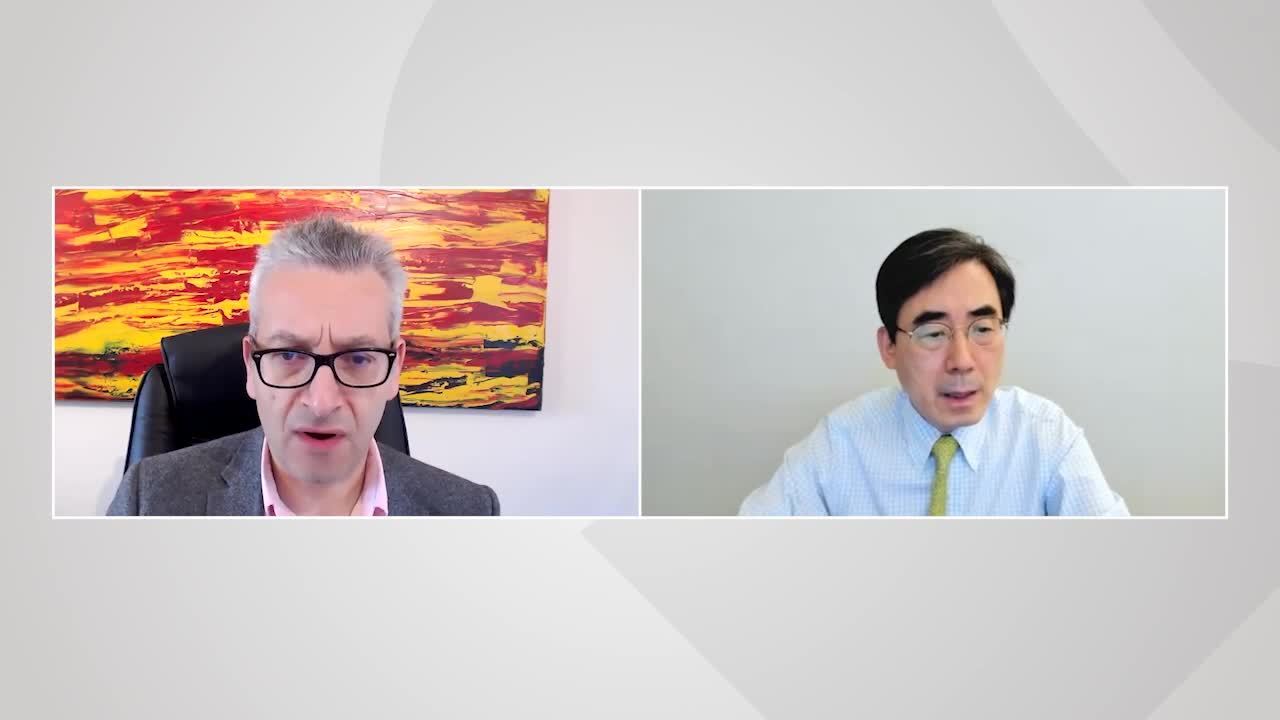 HOST-EXAM: Aspirin vs Clopidogrel During Chronic Maintenance Monotherapy After PCI

Kim said his group has launched the HOST-EXAM Extended study, which will follow the cohorts to a median of 10 years.

“I think this is a really important study,” said Mamas Mamas, BMBCh, DPhil (Keele University/Royal Stoke University Hospital), who commented on the findings for TCTMD. Both the American Heart Association and the European Society of Cardiology “advocate long-term aspirin in this population in their guidelines. I think this trial is really challenging how we treat patients in the chronic phase following PCI,” he said.

In a press conference with the media, Claire Duvernoy, MD (University of Michigan Health System, Ann Arbor), said the study gives confidence about the safety and efficacy of clopidogrel monotherapy use. However, she said she does not use it often in her own practice, reserving it for patients who have an aspirin allergy and can't tolerate aspirin long-term.

“Certainly, in the United States, most of us use aspirin as long-term monotherapy after stent placement. So, I think this is going to be a fascinating alternative, and we'll have to see how widely applied these results are,” she added.

Some Issues Left to Be Resolved

For HOST-EXAM, Kim and colleagues randomized 5,530 patients from 37 centers in Korea. All had been event free for 6 to 18 months after undergoing PCI and completing their prescribed duration of DAPT. The clopidogrel (n = 2,710) and aspirin (n = 2,728) groups were similar in terms of demographic, clinical, and procedural characteristics, as well as non-trial-related medications, and had a mean age of 63.5 years. At the time of PCI, 25.5% had stable angina, 35.5% had angina, 19.4% had non-ST segment elevation MI, and 17.2% had STEMI. Additionally, 18.3% had three-vessel disease and 5% had left main disease.

The secondary composite thrombotic endpoint of cardiac death, non-fatal MI, stroke, readmission due to ACS, or definite or probable stent thrombosis occurred in 3.7% of patients in the clopidogrel group and in 5.5% in the aspirin group (HR 0.68; 95% CI 0.52-0.87). The number-needed-to-treat was 51 to prevent an occurrence of a primary endpoint event and 59 to prevent a composite thrombotic endpoint event.

I think this trial is really challenging how we treat patients in the chronic phase following PCI. Mamas Mamas

While the incidence of all-cause death was not statistically different in the clopidogrel and aspirin groups (1.9% vs 1.3%; P = 0.10), the number of events—either cardiac or noncardiac—was higher, at 51 with clopidogrel and 36 for aspirin, which Mamas noted doesn’t seem to make sense. “We have a lot of data to suggest that reducing ischemic events and reducing bleeding events should translate into lower mortality,” he said. “I think that's one of the things that people will be keeping a very close eye on.”

To TCTMD, Kim noted that there was an excess of cancer deaths in the clopidogrel group that could be due to more patients with unknown cancer being randomized to clopidogrel than aspirin, but said the extended follow-up is likely to shed more light on this issue.

Duvernoy said the numerically higher incidence of malignancies could be related to a documented protective effect of aspirin on some cancers, particularly colorectal cancer.

“Until we understand more about how aspirin works to reduce the risk of these malignancies, and how you can use aspirin selectively in those populations, I think we’ll need to grapple with that outcome or that unexpected finding, even though it wasn't significant,” she said.

Also commenting on this issue in the press conference, Deepak L. Bhatt, MD, MPH (Brigham and Women’s Hospital, Boston, MA), maintained that he believes the numerically higher mortality with clopidogrel is a “play of chance,” noting that the much larger CAPRIE trial, which randomized patients at risk for ischemic events to clopidogrel or aspirin found a reduction in both ischemic events and hospitalization for GI bleeding that favored clopidogrel, with no difference in rates of mortality or cancer. However, he added that the extended follow-up is welcome and needed.

Other issues that still need to be resolved concern the all-Korean cohort and whether the findings are reproduceable in European and North American patients, noted Mamas. “There’s the East Asian paradox, where patients are at low risk of ischemic events but much higher risk from bleeding events, which is not necessarily what we see in a non-East Asian population,” he added.

There also is an issue related to the dose of aspirin that was used in HOST-EXAM. Patients in the aspirin group received 100 mg once daily, which is higher than the 75 mg typically used in Europe or North America, Mamas said. “So, in my mind, it's a question of whether we would still see such a benefit on major bleeding of clopidogrel against a lower dose of aspirin, and whether we would see it in a population with a lower propensity to bleed.”

Similarly, Mauro Chiarito, MD, and Giulio G. Stefanini, MD, PhD (both from Humanitas University, Milan, Italy), writing in an editorial accompanying the published paper, say larger studies that include patients of different ethnicities “are needed before dethroning aspirin from its pivotal role in patients after PCI.”

Nevertheless, Chiarito and Stefanini add that “updated clinical practice guidelines might consider recommending clopidogrel as an effective alternative to aspirin for secondary prevention of cardiovascular disease and potentially as the drug of choice for specific patient subgroups, such as those at increased risk for gastrointestinal and intracranial bleeding.”

Most Secondary Prevention Patients Are Eligible for Multiple Drugs

If Prolonged (>1 year) DAPT Is Chosen: Choosing Between Clopidogrel, Prasugrel and Ticagrelor