An unintended upshot of CMS payment cuts in 2005 is more tests being done in hospitals, with CMS and patients footing the bill. 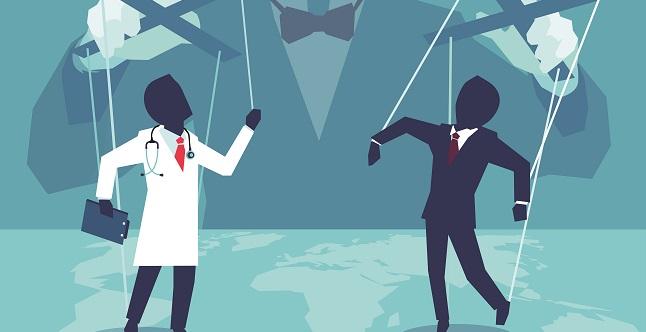 A decade-old policy change by the Centers for Medicare & Medicaid Services (CMS) that reduced the payments for office-based noninvasive cardiac testing such as stress tests and echocardiography had the unintended consequence of driving up costs overall, a new analysis of Medicare data shows.

Concerned that a nearly 60% increase in noninvasive cardiac tests that occurred between 1999 and 2005 signaled self-referral and overuse by clinician’s offices, CMS cut Medicare fee-for-service (FFS) reimbursement for office settings by half, from an average of $700 per test, to $300. Payments for the same tests performed in hospital settings, however, remained relatively the same.

In a prior study, researchers led by Frederick A. Masoudi, MD (University of Colorado Anschutz Medical Campus, Aurora), found no evidence that the reimbursement cuts actually reduced stress-testing rates overall. Now, in an extension of that analysis, published online October 14, 2019, in JAMA Internal Medicine, Masoudi and colleagues found that rates of four different types of noninvasive cardiac testing have increased in hospitals, and that the increase was strongly correlated with the proportion of studies that were done in that higher-cost hospital environment.

Masoudi said the findings have substantial financial ramifications both for CMS itself as well as for Medicare beneficiaries, for whom the excess costs translate to higher co-pays and coinsurance costs.

“We found that the implications of this are to the tune of about $161 million dollars a year to patients alone, and $660 million dollars in additional expenditures overall,” he told TCTMD. “If you look at the sum total of the effects of these reimbursement changes, it did essentially backfire.”

“During the past two decades, hospitals have increasingly acquired physician practices that can then receive the higher [hospital-based outpatient] rate for providing the same care to the same population,” they write. According to Figueroa and Joynt Maddox, a recent study found that this type of “vertical consolidation” increased provider costs by as much as 14.1% despite no change in the case mix of patients.

Paying More for the Same Services

Masoudi and colleagues analyzed the total number of Medicare claims from 1999 to 2015 of Medicare FFS patients and compared these with claims for patients from three integrated health systems in the Medicare Advantage sector that were not subject to the reimbursement changes and thus served as a control group. The data amount to a mean of 1.72 million patient-years annually for the FFS patients and 142,230 patient-years annually in the control group.

Of the nearly 7 million noninvasive cardiac tests performed in the FFS patients in 2015, 24% were done in hospitals rather than provider-based offices, at an additional cost of $398 per test (total excess annual cost of $661 million). That sum cost includes the additional CMS payments of $301 per test ($500 million) and out-of-pocket payments of $97 per test ($161 million), which were shouldered by Medicare patients.

According to Masoudi, the findings are in line with recommendations from the Medicare Payment Advisory Committee (MEDPAC) to pursue site-neutral payments to avoid “perverse incentives” in terms of how and where these tests are performed.

“Obviously when it comes to excessive payments, one person's excessive payments are another person's income,” he observed. “There's a fairly stiff political debate going on around this issue where hospitals and health systems make the argument that it takes substantial money to support the overhead of a hospital-based facility, and therefore that the testing costs more. It’s an understandable perspective from their point of view. But from the point of view of the payer and the point of view of the patient, there really is no meaningful difference as to where the test is done as long as it's done with high quality and in a timely way, with accurate results.”

In their editorial, Figueroa and Joynt Maddox note that both the American Hospital Association and the American Association of Medical Colleges oppose site-neutral payments to the extent that they have taken the issue to court. The hospital association has filed a lawsuit against CMS arguing that testing is more expensive in hospitals because it costs clinicians more to perform the tests in that setting. The lawsuit alleges that changes to the payment structure may be illegal because they reverse prior guidance around “grandfathered” testing sites.

So, what more can be done to change the situation? Figueroa and Joynt Maddox say empowering patients to choose may be one option. In that scenario, “the federal government can require clinicians to give Medicare patients options of testing locations and their prices, including how much they will pay out of pocket,” they write.

In theory, it’s a good idea, Masoudi said. “I struggle a little bit trying to think about how it would be operationalized. That having been said, I'm all for transparency in terms of cost to patients and allowing that information to help motivate their decision-making.”

“The third potential solution is for CMS to continue moving more patients into alternative payment  models, where clinicians are accountable for total costs of their patients,” Figueroa and Joynt Maddox write. “Particularly among clinicians who do not receive financial reimbursement for [noninvasive cardiac tests], such as primary care physicians, these models have the potential to influence clinicians to save costs by shifting their patients to lower-cost settings.”

In these sort of non-fee-for-service arrangements, the driving force would need to be that the physician and the system both have “skin in the game” to save money, Masoudi noted. “If that information is available at the point at which testing is ordered, then I think those decisions could be made rationally. But that presupposes that the data are available and that the physician and or the health system are the ones that that are potentially either losing by spending more, or potentially gaining by saving.”