COACT: Delayed Angiography Does Not Compromise Survival in Cardiac Arrest Patients Without STEMI

For many interventional cardiologists, the findings translate into them getting up less in the middle of the night for emergency catheterizations. 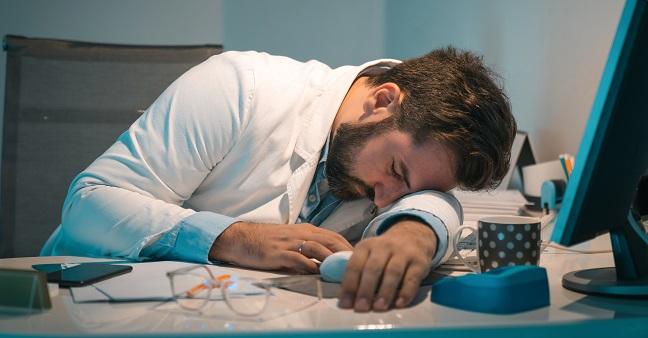 NEW ORLEANS, LA—Immediate angiography does not appear to improve survival compared with a delayed strategy in comatose cardiac arrest patients who are successfully resuscitated and who have no signs of STEMI, the COACT trial results suggest. Interventional cardiologists gathered here for the American College of Cardiology 2019 Scientific Session seemed to welcome the news as needed scientific evidence for a common clinical conundrum.

Panelist Christopher D. Nielsen, MD (Medical University of South Carolina, Charleston), echoed those sentiments, saying that it was "a wonderful study for those of us who have to get up in the middle of the night for these folks."

Presenting the COACT results, Jorrit Lemkes, MD (Amsterdam University Medical Centre, the Netherlands), showed that survival at 90 days was similar between those randomized to the immediate strategy and those who underwent angiography with or without PCI after neurological recovery from the cardiac arrest (64.5% vs 67.2%; P = 0.51). For both groups, Lemkes said survival was better than expected.

In an editorial accompanying simultaneous publication of the COACT results in the New England Journal of Medicine, Benjamin S. Abella, MD (University of Pennsylvania Perelman School of Medicine, Philadelphia), and David F. Gaieski, MD (Jefferson College of Medicine, Philadelphia), note that while there is clear guideline consensus on early angiography for comatose cardiac arrest patients with evidence of STEMI, decisions for the NSTEMI population are less certain. The COACT results, they observe, are consistent with trials of ACS patients with neither STEMI nor cardiac arrest in which survival outcomes were similar for delayed versus immediate angiography.

COACT, which was conducted with the participation of 19 Dutch hospitals, randomized 552 patients with out-of-hospital cardiac arrest and no signs of STEMI. In the immediate angiography group, the procedure was performed as soon as possible after presentation, while in the delayed group it was performed in most cases after discharge from the ICU. The median times from randomization to angiography were 0.8 hours in the immediate group and 120 hours in the delayed group.

As with the primary endpoint, the immediate and delayed groups had comparable results for the outcome of survival with good cerebral performance or moderate disability (62.9% vs 64.4%).

In subgroup analyses, patients over age 70 and those with a history of CAD appeared more likely to benefit from immediate angiography than those who were younger or had no CAD history.

In a deep-dive session following the late-breaking presentation, Timothy D. Henry, MD (The Christ Hospital, Cincinnati, OH), said the issue about whether to send patients like those in the study to immediate angiography “continues to be one of the most controversial areas that we deal with in clinical cardiology today.”

In an interview with TCTMD, he said COACT “takes away a little confusion” and adds the first randomized evidence to support decisions to delay.

“This is the first time [we have data] that say if you don’t have ST-elevation and you’re hemodynamically stable, it’s okay to do watchful waiting. I think that’s an important thing because [it allows] for focus on the patient and taking care of hypothermia. Then tomorrow or the next day, if the patient wakes up, you can assess for ischemia and do the cardiac cath at a reasonable time,” he commented.

Henry added that since time to target temperature “is an important predictor of saving your brain,” the delay in going to the cath lab may be important for giving patients the time they need to recover from the hypothermia and from the neurological impairment before having their cardiovascular issues addressed rather than delaying the time to achievement of targeted temperature.

In a press conference following the presentation, Roxana Mehran, MD (Icahn School of Medicine at Mount Sinai, NY), said the next important step in this research will be to dig deeper into patient subgroups try to identify those with cardiac arrest and no STEMI who would benefit from immediate angiography.

Lemke said the process may be difficult and rife with confounders, but noted that his group will be looking more thoroughly at the subgroups in COACT for this purpose.

“We never want to leave thrombotic lesions alone,” Mehran asserted. “To come up with predictors would be incredibly important because if we could save a life we will go after it.”

Patients in COACT who died were more than three times as likely to die from neurologic injury as from a cardiac cause, Lemkes reported.

For Acute A-fib, Wait-and-See Approach May Spare Many Patients From Cardioversion

Out-of-Hospital Cardiac Arrest: Who Benefits By an Immediate Invasive Strategy?