The study provides proof of concept, but the stent needs to be tested in more complex patients, in whom it’s likely to be used, one expert says. 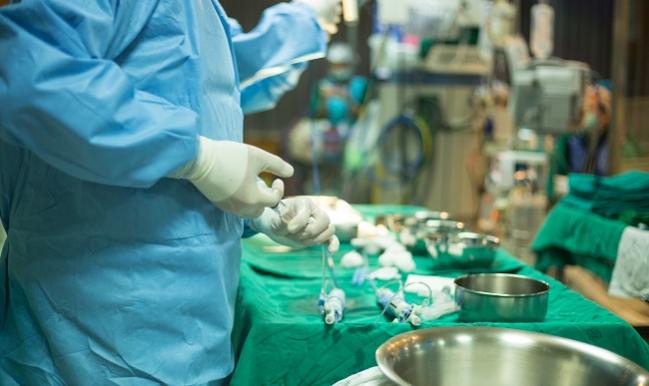 Early data with a bare-metal stent coated with an ultrathin polymer suggests the device performs as well, if not better, than traditional bare-metal stents, a new study has shown.

Among 287 patients treated with the Cobra coronary stent (CeloNova BioSciences), which is covered with a nanothin polymer designed to promote vessel healing, the rate of target vessel failure (TVF) at 9 months was 11.5%, a rate lower than that observed in a meta-analysis of BMS studies that served as the historical comparator. Among 115 patients who underwent angiographic follow-up, mean late loss was 0.84 mm, which again was better than results observed in historical BMS trials.

At 9 months, the rate of MI was 7.0%, although investigators point out that 17 of 20 events were periprocedural MIs. The rates of TVR and TLR were 5.9% and 4.6%, respectively. One patient died of cardiac causes.

“If the data we showed in this approval trial pans out in other studies, I think the niche will be in patients who need to be on a shorter duration of dual antiplatelet therapy,” Cutlip told TCTMD. “We weren’t able to test for that in this study because we had to conduct the trial according to designs of previous stents for [Food and Drug Administration] approval.”

He noted, however, that the Cobra Polyzene-F stent system is currently being tested in the COBRA-REDUCE study. In that trial, investigators are comparing the safety and effectiveness of the stent and 2 weeks of DAPT with a drug-eluting stent and 6 months of DAPT.

“In [the REDUCE] trial, if it shows again similar rates of restenosis, or not much worse restenosis than the drug-eluting stent, and you can use it with shorter-term dual antiplatelet therapy, then the niche would be those patients where you want to give as short a course of dual antiplatelet therapy as possible, such as patients on anticoagulants or those at high risk of bleeding.”

The study was recently published in JACC: Cardiovascular Interventions.

‘Proof of Concept’ Only

The Cobra device is a cobalt-chromium stent coated with a nanothin layer of Polyzene-F, a compound that has been shown to have low thrombogenicity and less inflammation and neointimal hyperplasia when tested in preclinical studies. Based on these characteristics, it is hypothesized the stent would be associated with low rates of stent thrombosis, which in turn would reduce the need for long-term dual antiplatelet therapy. In the trial, DAPT was recommended for 30 days.

“It has the potential to be antithrombotic,” said Cutlip. “With that, it’s also a very thin-strut stent, and we know that thinner struts tend to have a little less inflammation and possibly a little less restenosis because of that, although that’s true for other stents on the market as well.”

Speaking with TCTMD, Mamas Mamas, BMBCh, DPhil (Keele University, Stoke-on-Trent, England), said it was an interesting “proof-of-concept” study, noting there are still patients who require a device that fits somewhere between a BMS and DES.

“I think there probably is a need for a stent that combines the benefits of a drug-eluting stent, such as reduced restenosis rates in the longer term, with a platform where you can use dual antiplatelet therapy for only a month,” he said. “It’s becoming increasingly common in that the patients we treat are at high risk for bleeding—the very elderly, patients with multiple comorbidities, anemic patients, and those with renal failure. These are the sorts of patients you’d worry about giving 6 or 12 months of dual antiplatelet therapy.”

Historically, BMS would be the stent of choice in patients at high risk for bleeding, but these devices have a very high rate of restenosis. He noted there are other available stents, such as the BioFreedom polymer-free biolimus A9-coated stent (BioSensors), that allow physicians to use only 1 month of DAPT.

“We generally don’t use much in the way of bare-metal stents these days in the UK,” said Mamas. “I think that’s partly because there are other options . . . and apart from the cost issue, most people wouldn’t want to trade off the restenosis rates of a bare-metal with a newer drug-eluting platform.”

Regarding the present study, Mamas said there are some noteworthy limitations, particularly in the types of patients who received the device. These patients represent a low-risk group, he said, noting that individuals with bifurcation and complex lesions were excluded from the study, as were acute patients. The average stent length was 17.86 mm, meaning these are the types of patients on the “simpler end of the spectrum.” Also, given the low-risk patient characteristics, a shortened protocol of dual antiplatelet therapy wouldn’t be needed.

“These aren’t the type of patients you’d use the [Cobra] stent on in a clinical situation,” said Mamas.

To TCTMD, Cutlip agreed these were straightforward interventions, although the trial was designed to allow for comparisons with historical BMS trials, which placed some restrictions on enrollment. However, he noted the average age was 66.5 years, which is a bit older than patients tested in past BMS studies, and one-third of participants had diabetes. “They weren’t very low-risk patients, but it was a standard- to low-risk population.”

Most Patients With Heart Failure Are Missing the Boat on Flu, Pneumococcal Vaccines