Consistent with prior warfarin trials, the NOAC failed to budge outcomes in these patients with heart failure and CAD but no A-fib. 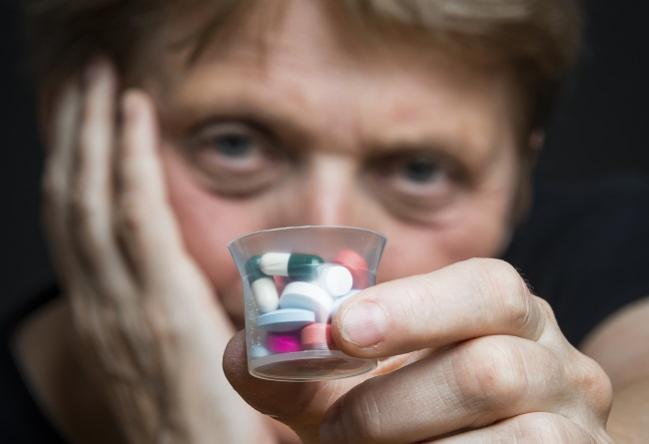 MUNICH, Germany—In a replay of trials testing warfarin in patients with chronic heart failure and no atrial fibrillation, low-dose rivaroxaban failed to improve outcomes in patients with worsening heart failure, reduced ejection fraction, and underlying coronary disease who were in sinus rhythm in the COMMANDER HF trial.

Over a median follow-up of 21.1 months, the composite of all-cause death, MI, or stroke occurred in 25.0% of patients treated with 2.5 mg of rivaroxaban (Xarelto; Bayer/Janssen) twice-daily and 26.2% of those treated with placebo (HR 0.94; 95% CI 0.84-1.05), Faiez Zannad, MD, PhD (Centre Hospitalier Régional Universitaire de Nancy, France), reported here at the European Society of Cardiology Congress 2018.

American College of Cardiology spokesperson Mary Norine Walsh, MD (St. Vincent Heart Center, Indianapolis, IN), for one, was not surprised by the findings, which were published simultaneously online in the New England Journal of Medicine.

Years ago, it was common practice to use low-dose warfarin in patients with enlarged left ventricles and low ejection fractions, but subsequent trials failed to show a benefit of anticoagulating patients who did not have atrial fibrillation or flutter or another indication for anticoagulation, noted Walsh.

Researchers were interested in reexamining the issue, she said, because the newer non-vitamin K antagonist oral anticoagulants (NOACs), including rivaroxaban, have different mechanisms of action and safety profiles compared with warfarin.

COMMANDER HF is “is again demonstrating to us that just empirically anticoagulating people outside of the current indications does not have an effect on outcomes,” Walsh said. “We all know that some of these patients do end up with thromboembolic complications in the future, so empiric treatment seems like a good idea, but I think we need a better risk assessment and what that is I don’t know.”

Although the heart failure community has been successful in reducing mortality threefold in patients with chronic heart failure and reduced ejection fraction over the past 20 years, numerous attempts to move the needle in patients hospitalized with worsening heart failure have been unsuccessful, Zannad pointed out at a press conference. Thus, there remains an unmet clinical need.

Because heart failure is a prothrombotic disease, Zannad explained, anticoagulation might be useful. Warfarin was unsuccessful in this setting, but the NOACs are safer and inhibit thrombin-related pathways that are involved in endothelial dysfunction, inflammation, and thrombosis, all of which play a role in the progression of heart failure, he said.

And there is some evidence that rivaroxaban at the dose used in COMMANDER HF, when used in combination with antiplatelets, might improve outcomes in patients with heart failure. Subgroup analyses of the ATLAS ACS 2-TIMI 51 and COMPASS trials suggested that patients with ACS and stable atherosclerotic vascular disease, respectively, who had a history of heart failure derived at least as much—if not more—benefit from low-dose rivaroxaban as others.

That provided the rationale for the COMMANDER HF trial, Zannad said. The trial, conducted at 628 sites in 32 countries, included 5,022 patients with chronic heart failure, an LVEF of 40% or less, underlying CAD, and elevated plasma concentrations of natriuretic peptides who did not have A-fib who had been treated for worsening heart failure within the previous 21 days. They were randomized to low-dose rivaroxaban or placebo on top of standard care. The mean age of the patients was roughly 66 years, 23% were women, 82% were white, and the majority were taking optimal medical therapy.

“The most likely reason for the failure of rivaroxaban at a dose of 2.5 mg twice daily to improve cardiovascular outcomes in the current trial is that thrombin-mediated events are not the major driver of heart failure–related events in patients with recent hospitalization for heart failure,” Zannad and colleagues write in their paper.

“Indeed,” they continue, “readmission to the hospital for heart failure was the single most frequent event in the trial, and it is likely that heart failure, rather than deaths mediated by atherothrombotic events, contributed to a substantial proportion of all deaths.”

It remains unknown whether a higher dose of rivaroxaban would have provided different results, they say.

For his part, Zannad said there should not be any further anticoagulation trials in this population because heart failure events are not influenced by antithrombotic agents.

Asked whether it would be worth testing a higher dose or other NOACs in this setting, Walsh said, “There are much more pressing questions about the treatment of this disease than whether or not empiric anticoagulation is going to change the course.”

An open question highlighted by Walsh is why contemporary heart failure trials continue to enroll low proportions of women. COMMANDER HF, she pointed out, included just 23% women. A trial like this one with a higher LVEF cutoff (40%) would be expected have a larger percentage of women, Walsh said.

The reason for low enrollment of women in trials is unclear, she said. “Do we as investigators not approach women? Or do we not position trials in the right light? Do we as a culture not talk about research enough to everybody that they would want to enroll? So it’s a question without an answer yet.”

MITRA-FR: No Benefit of MitraClip in Functional MR

ROCKET AF: Heart Failure Does Not Weaken the Case for Rivaroxaban

Rivaroxaban Appears to Protect Against MI in Older Men With A-fib, but Not in Women