An STS survey shows that a majority of surgeons are actively caring for TAVR patients before, during, and after their procedures. 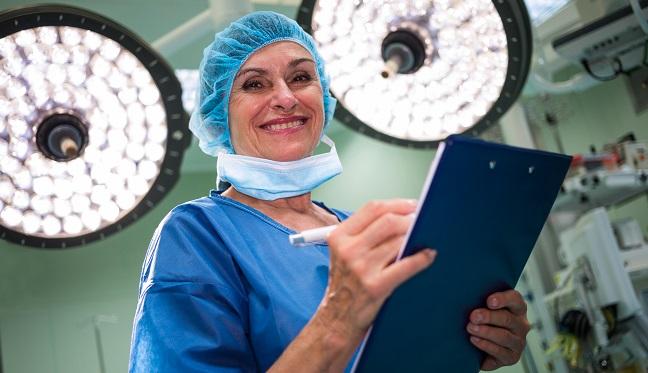 In the ultimate case study of competitors turned collaborators, findings from a nationwide survey of cardiac surgeons seem to indicate these operators today are active participants in the percutaneous management of patients with severe aortic stenosis.

The data—which were originally presented in January at the Society of Thoracic Surgeons (STS) Annual Meeting in Houston, TX, and published online this week ahead of print in the Annals of Thoracic Surgery—showed that of 487 respondents who were polled in June 2016, 84.2% reported that TAVR was performed at their institutions and 77.5% said they performed TAVR procedures as part of a heart team.

Most respondents (83.7%) said that both cardiologists and cardiothoracic surgeons were responsible for bringing in TAVR patients, and TAVR programs were administered jointly by cardiology and cardiac surgery more than half of the time. Also, surgeons seemed to be involved at all time points of TAVR patient care, with a majority (82.1%) reporting participation in multidisciplinary meetings, at least 50% regularly performing technical aspects in 10 out of 11 “conduct of operation” categories, and 86.6% following patients after their procedures.

Of the cardiac surgeons who responded, 40.5% said they perform five to nine cases monthly with just over one-third performing zero to four cases each month. Notably, however, 57.8% of respondents said they would not like to be part of the team performing TAVR procedures at their institution, although this question had the lowest response rate with only 90 people submitting answers.

Lars Svensson, MD, PhD (Cleveland Clinic, OH), a cardiac surgeon who was not involved in organizing the current survey, told TCTMD he has a slide of a warthog charging a leopard depicting the “huge challenge” interventional cardiologists were initially up against when proposing to treat aortic stenosis patients with a risky, new, percutaneous procedure. But now that multiple studies have established the efficacy and safety of TAVR and heart team models have been solidified, Svensson now follows this slide with one of a leopard cub and a piglet because the relationship “has worked out very well,” he said.

“I agree initially this was seen as a potential confrontation between cardiology and cardiac surgery,” Svensson continued. But in “talking to people, I would say the friendships between the cardiologist and the cardiac surgeon have grown much stronger and closer over time, because we’ve learned to appreciate each other much more and that's resulted in, I think, very strong teams.”

One surprise for Svensson was that the percentage of surgeons saying they are involved in procedures was not higher nationwide as “certainly for us it’s 100% involvement in every case.” He acknowledges the uniqueness of his situation, though; both surgeons and cardiologists are salaried at the Cleveland Clinic, “so there’s not a competition about who’s going to get paid the most [and] we make decisions based on what we think is best for patients,” he said.

I think a team is a team if everybody feels engaged. Lars Svensson

As for why so many surgeons might not want to be involved in TAVR procedures, Svensson said it’s all about engagement. “There certainly are programs where surgeons aren’t involved. I've heard of surgeons sort of looking through the control room window and then leaving again. . . . Here, the surgeons are actually the people who inflate the balloon or release the valve,” he commented. “I think a team is a team if everybody feels engaged. If people don’t feel engaged in the procedure and they are standing at the end of the table and doing nothing, they are not going to be engaged and they are not going to want to participate.”

It’s likely that more of this behavior would happen at smaller practices with lower caseloads, Svensson added.

The dangers of having cardiologists work alone on TAVR cases without a surgeon present are many, he added. For example, patients could be treated inappropriately if a surgeon does not review the case first, and patients with concurrent coronary or mitral/tricuspid valve disease might risk having their secondary condition left untreated if undergoing TAVR.

“If surgeons are not involved in the care, patients may not get the best care,” Svensson said. “And if something goes wrong, there's not a surgeon available to help dealing with complications.”

However, interventional cardiologist Philippe Généreux, MD (Gagnon Cardiovascular Institute, Morristown Medical Center, NJ), who was not involved in the survey, said the results might paint too rosy a picture of what is happening, especially among community hospitals where TAVR programs might not be as mature. But the survey data were not broken down by patient complexity or hospital type, so “we need more granularity” in order to know the true picture, he said.

Given that fewer than 20% of the surgeons polled actually responded, this could further “bias” the results, Généreux told TCTMD. Those who “answered were the ones mostly interested in TAVR, . . . so I would take this with a grain of salt. But I’m happy to see these results that surgeons and cardiologists were working together among these respondents,” he added.

Another outcome of the survey that surprised Généreux was the frequency with which surgeons completed technical tasks involved with TAVR procedures. “It’s great if a surgeon wants to cross the valve or get access, but for patient outcome optimization it should be done by someone who is extremely skilled and extremely experienced because this is where complications can occur,” he said. “That's the problem with surgeon involvement when they are not trained. I don’t care about the semantics of who’s doing the procedure, but I care about two operators being proficient and being trained.”

I don’t care about the semantics of who’s doing the procedure, but I care about two operators being proficient and being trained. Philippe Généreux

The “politics of the heart team” have become hard to overrule, according Généreux, in that the Centers for Medicare & Medicaid Services requirement of having a cardiac surgeon and cardiologist present for a TAVR procedure is often unnecessary and cumbersome, especially if one of the operators is not properly trained. “A well-trained surgeon can do TAVR, but TAVR is not for all surgeons like TAVR is not for all interventional cardiologists,” he explained.

Généreux said he believes that roles for both surgeons and cardiologists in TAVR procedures “should be tailored based on their level of training or expertise.” The actual TAVR operator “could be a surgeon or cardiologist, but they need to be trained, proficient, and like a Navy SEAL of TAVR. They should be perfect for every step and not standing in the room to say they are part of the program.”

The Heart Team: What Works, What Doesn’t, and What the Future Holds

What Does the Future Heart Team Need to Look Like? Who Needs to Be Involved? The Implanting Team? Who You Need to Add to Your Team