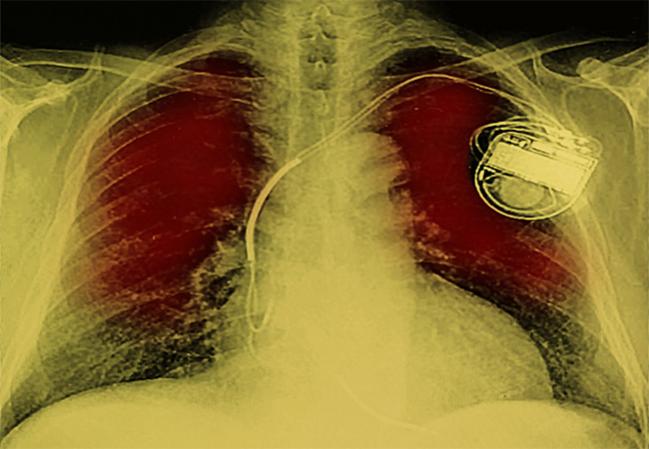 Three new studies suggest that conduction abnormalities leading to permanent pacemaker implantation remain a frequent occurrence after TAVR that can be predicted by various patient, procedural, and clinical characteristics, with one analysis suggesting that patients requiring pacing are more likely to die in the first year after the procedure.

The papers “all lead us into the idea that pacing post-TAVR is an issue that needs to be looked at closer,” commented José Dizon, MD (NewYork-Presbyterian/Columbia University Medical Center, New York, NY), who was not involved in any of the studies.

The issue is not the Achilles’ heel of TAVR, but because valve manufacturers have not taken steps to modify the technology to reduce the risk of conduction abnormalities, it does need to be addressed. “It’s certainly a problem,” Dizon said.

Pacing post-TAVR is an issue that needs to be looked at closer. José Dizon

Whether permanent pacemaker implantation after TAVR worsens clinical outcomes remains an open question, he added, pointing to limitations of the analysis showing a link between pacing and mortality. In particular, he said, there was no information about causes of death and it was shown that both older age and prior conduction defects—which have both been associated with increased morbidity and mortality—predicted the need for a pacemaker.

“We don’t know if pacing per se is the cause of death,” Dizon said. “But I think that this is all food for thought, and more studies need to look specifically at this question.”

The three studies were published in the November 14, 2016, issue of JACC: Cardiovascular Interventions.

In one study, Opeyemi Fadahunsi, MBBS (Reading Health System, West Reading, PA), and colleagues looked at data from the Society of Thoracic Surgeons/American College of Cardiology TVT Registry and a Centers for Medicare & Medicaid Services database on 9,785 patients undergoing TAVR at 229 US sites between November 2011 and September 2014.

Overall, 6.7% of patients required permanent pacemaker implantation within 30 days of the procedure, with a higher rate observed in those receiving the self-expanding CoreValve prosthesis (Medtronic) versus the balloon-expandable Sapien valve (Edwards Lifesciences; 25.1% vs 4.3%; P < 0.001).

Pacemaker implantation was more frequent with older age and in patients who had a prior conduction defect or received a self-expanding valve. A prior aortic valve procedure, home oxygen use, and longer procedure time were all associated with a lower likelihood of needing permanent pacing.

“As TAVR indications expand to include lower-risk patients with aortic stenosis, interventions to curtail the need for [permanent pacemaker] placement are needed, as well as further studies to confirm or refute its association with adverse outcomes reported in this study,” Fadahunsi et al write.

Victor Mauri, MD (University of Cologne, Germany), and colleagues report on predictors of permanent pacemaker implantation after TAVR with the balloon-expandable Sapien 3 valve. The analysis included data on 229 patients, of whom 14.4% required pacing.

Multivariate analysis identified four factors that were independently associated with the need for placement of a permanent pacemaker:

After a preliminary analysis showed the importance of implantation depth on pacing requirements, the investigators modified the implantation technique to aim for a higher final valve position. That effort reduced the average implantation depth (based on the ventricular portion of the stent frame) from 24% to 21% (P = 0.012), a change that was accompanied by a decline in the rate of permanent pacemaker implantation from 19.2% to 9.2%; P = 0.038).

Pre-existing RBBB was found in 13.6% of patients at baseline, and its presence was associated with a higher rate of permanent pacing after the procedure (17.6% vs 2.9%; P < 0.01), as well as poorer overall and cardiovascular survival.

Referencing the finding of early mortality in patients who did not have pacemakers, Dizon said early occurrence of sudden death in some patients after TAVR has been a concern, particularly in patients with RBBB, who are most at risk.

The type of pacing used in patients might have an impact on outcomes, he added. A prior study out of his group suggested that “pacing itself has an impact on the recovery of the left ventricle after TAVR, and there’s been this thought that maybe some of these people should get biventricular pacing or cardiac resynchronization therapy,” Dizon said. “So I think in future studies we need to look at whether pacing itself is associated with worsened heart failure and worsened arrhythmias and whether those different types of pacing might help in those groups.”

A Main Limitation of TAVR

“Unfortunately, to date, no specific features have been incorporated into transcatheter heart valve (THV) systems to reduce the risk for these complications,” they note. “On the contrary, an increased rate of conduction abnormalities has been reported associated with the use of most newer THVs, suggesting that the clinical relevance of these complications may increase in the near future.”

As for the three current studies, Urena and Rodés-Cabau say that the results, if confirmed in future studies, “urge engineers, device manufacturers, and physicians to make efforts to reduce the rate of [permanent pacemaker] implantation after TAVR.”

Strategies to Reduce the Frequency of New Pacemakers After TAVR: Imaging, Procedural, and Device-Related Factors