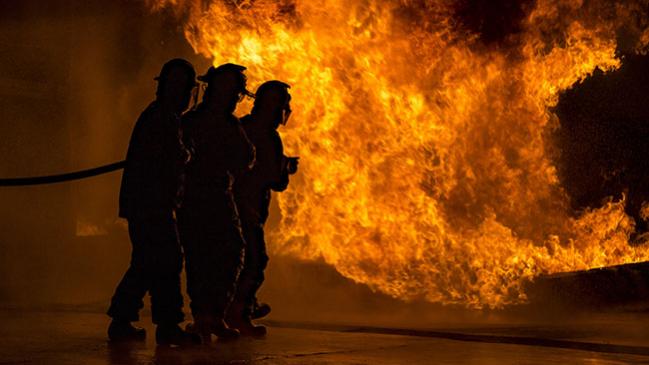 Harsh heat combined with physical exertion on the job may cause physiologic changes that put firefighters at increased risk for acute MI and death, according to a small study.

“Taken together, this comprehensive cardiovascular assessment has detected plausible mechanistic links between participation in fire suppression duties and acute myocardial infarction,” they write.

The results also help shed light on the high rate of CV events in firefighters, which are estimated to be responsible for 45% of the on-duty deaths that occur in the United States each year.

For the study, published in the April 4, 2017, issue of Circulation, they monitored heart and blood pressure readings in 17 nonsmoking, healthy firefighters from the Scottish Fire and Rescue Service. The firefighters were studied after participating in a standardized training exercise in a fire simulation facility and after light activity similar to that performed during a shift without emergency duties. During the approximately 20 minutes of the simulation, they were exposed to temperatures reaching upward of 752°F (400˚C) as they ascended stairs while dragging a water-filled hose, located and attempted to extinguish the fire, and rescued a casualty in the form of a dummy weighing roughly 176 pounds.

All firefighters in the study engaged in both the simulation and light activities on two different occasions, and wore a portable 12-lead ECG and blood pressure monitor for 30 minutes before and 24 hours after each activity.

During the simulation, core body temperature rose by an average of nearly 2°F, and body weight was reduced by about 1 pound. Both of these changes were associated with asymptomatic ST-segment depression.

To study thrombus formation in an ex vivo environment, the researchers used a Badimon chamber that mimics coronary circulation conditions at both low and high shear rates. Compared with periods of light work duty, participating in the fire simulation increased thrombus formation by 73% at low shear and by 66% at high shear. The researchers also observed small increases in cardiac troponin I concentrations in all participants after the simulation.

Hunter and colleagues say the thrombus increases are likely due to a combination of systemic inflammation and presumed sympathetic activation, which combine to stimulate platelets and activate coagulation pathways. “Moreover, the increased thrombogenicity attributable to dehydration further compounds this effect, resulting in a substantial increase in thrombus formation,” they write.

Risk Factors and a Fitness Connection

In an editorial accompanying the study, Stefanos N. Kales, MD, MPH (The Cambridge Health Alliance, Cambridge, MA), and Denise L. Smith, PhD (Skidmore College, Saratoga Spring, NY), say it is in line with other reports demonstrating that the unique demands of firefighting work contribute to multiple physiologic changes that are potentially harmful. What they term a “constellation of cardiovascular stressors” also may be responsible for arrhythmias. Kales and Smith note that a recent autopsy study of firefighters who died on duty suggested that most of the deaths were likely arrhythmia-related sudden cardiac death as evidenced by an enlarged heart.

To TCTMD, Kales said one of the most important takeaways of the study is understanding what happens when people surpass their individual strain threshold or CV reserve.

“Far and away, when these CV events occur, they occur almost exclusively in firefighters with underlying heart disease,” he said. “You can’t engineer all the hazards out of their job, but it’s really crucial that firefighters maintain good physical fitness and have regular medical screening.”

The latter is a particularly critical issue, Kales said, because few fire departments mandate routine physicals. “Common sense tells you that the physical that a person had when joining the department is not going to reflect their health 10, 15, or 20 years later,” he added.

Emerging research, including the Scottish study, may be a step forward in transforming how firefighters view their health risks and help more physicians recognize “that this is a really stressful job, particularly on the cardiovascular system, and that they need to more aggressively evaluate and treat firefighters,” Kales said. “They can’t just treat them like someone who spends their day doing a desk job.”

Anger, Physical Exertion May Up Risk of Acute MI for Some—but Not All