Patients who went on to develop ACS were more likely than those who did not to have high-risk plaques and nonobstructive CAD. 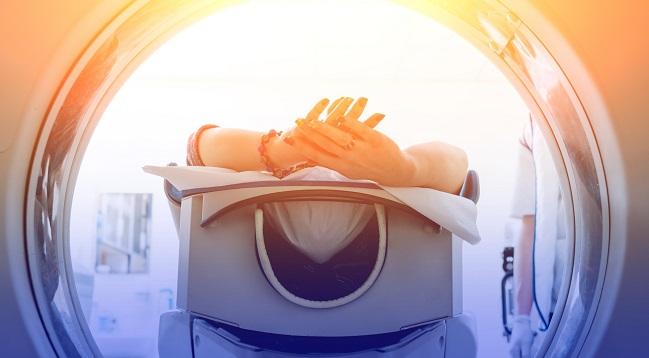 Coronary CT angiography (CTA) may offer a noninvasive means for identifying patients at risk for ACS, according to an international, multicenter study. The researchers found that various atherosclerotic plaque characteristics appear to have prognostic value incremental to traditional measures of angiographic coronary disease extent and severity.

“This study demonstrates that atherosclerotic plaque characteristics really matter, and that we should consider them when we are evaluating patients with noninvasive imaging,” said senior study author James K. Min, MD (NewYork-Presbyterian Hospital and Weill Cornell Medicine, New York, NY).

Most of the ACS precursors that Min and colleagues identified were nonobstructive. To TCTMD, he said those findings “debunk the notion that high-grade coronary stenoses are the coronary artery lesions to be most concerned about. We should be as concerned about what we have historically considered subclinical disease and have not paid sufficient attention to.”

I think this study opens the door for an outcomes trial where treatment is guided by the atherosclerosis, rather than by traditional measures of stenosis or ischemia. James Min

“A lot of things likely occur in the peri-ACS period that this study could not account for, because we evaluated patients in a stable setting,” Min said. “But this study highlights the fact that the kinds of plaques that we are seeing, and that we have traditionally considered generally benign, are not. This is the power of atherosclerotic imaging for identifying at-risk patients. We have not historically had a noninvasive test that has allowed us to do whole-heart, three-vessel, coronary atherosclerosis quantification and characterization.”

Min added that with “inexpensive testing and very low-dose radiation, less than the background of annual environmental exposures,” researchers can gain a greater understanding of coronary atherosclerosis pathophysiology. Even more importantly, coronary CTA could help identify those patients who would benefit from medical therapy earlier than it has previously been possible to identify, he said.

The study, led by Min’s colleague Hyuk-Jae Chang, MD, PhD (Yonsei University College of Medicine, Seoul, South Korea), was published online, May 28, 2018, in the Journal of the American College of Cardiology.

For the ICONIC study, patients with ACS and those without ACS and prior CAD were matched 1:1 for risk factors. All had undergone a baseline coronary CTA evaluation as part of a prior registry study (CONFIRM) and had been followed for 3.4 years.

Percent diameter stenosis, cross-sectional plaque burden, the sum of fibrofatty and necrotic core volume, and high-risk plaques were associated with increased hazard of ACS in a patient-level analysis. However, only 34.6% of ACS patients had a coronary lesion with > 50% diameter stenosis prior to ACS, and only 12.8% had > 70% stenosis. Even more strikingly, at the lesion level, the precursor lesions of culprit plaques were identified as causing ≥ 50% and ≥ 70% luminal obstruction only 24.8% and 4.7% of the time, respectively. Calcified and fibrous plaque volumes were not associated with ACS.

To TCTMD, Min said validation studies are needed in consecutive patients in a non-matched population.

“I think this study opens the door for an outcomes trial where treatment is guided by the atherosclerosis, rather than by traditional measures of stenosis or ischemia,” he said.

Questions of Screening and Monitoring

In an editorial accompanying the study, James A. Goldstein, MD (Beaumont Health System, Royal Oak, MI), agrees that the findings “have potential implications for characterizing at-risk patients who may benefit from systemic therapeutics designed to stabilize the atherosclerotic coronary vasculature,” but adds that they “provide lesser evidence to support prospective identification of [high-risk plaques] that might benefit from preemptive focal stenting.”

While the coronary CTA data from ICONIC support the concept that high-risk lesion morphology and composition can be useful in predicting ACS, they do not “provide sufficient evidence over time of CTA-delineated [high-risk plaques] as reliably predictable precursors of focal subsequent ACS culprit lesions,” he says.

Goldstein writes that he is both hopeful and doubtful that CTA could become a realistic screening or monitoring strategy for detecting vulnerable plaque.

“As a moment’s ‘snapshot in time,’ imaging (CTA or invasive direct coronary imaging) typically documents a multitude of plaques, only some of which exhibit [high-risk plaque] features, and not all such induce ACS; further, many ACS culprits do not exhibit [high-risk plaque] features at a prior moment in time,” Goldstein notes. “Further problematic is that given the chronic nature of atherosclerosis, sequential imaging over time would be necessary to detect plaque transitions from stable to [vulnerable plaque], and even regular intervals may never sufficiently provide for this purpose; thus, as a monitoring strategy, CTA seems unrealistic (futile).”

To TCTMD, Min said the issue Goldstein raises is an important one. “The impetus to try to use these plaque features for screening and monitoring . . . is an interesting idea, but that wasn’t the point of this study,” he noted.