The company that owns the data set wouldn’t surrender it in full, throwing the veracity of the studies’ findings into question. 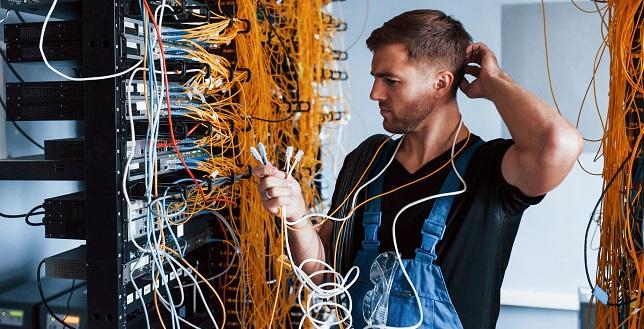 A little less than 2 weeks since the Lancet published their findings, three authors of a large observational analysis have retracted the paper that undercut the idea of hydroxychloroquine for treating COVID-19.

Within hours of that announcement today came more news: the co-authors also have retracted a large study from the New England Journal of Medicine that offered reassurances ACE inhibitors and ARBs are not associated with an increased risk of in-hospital mortality among hospitalized COVID-19 patients.

The reason stems from an inability to access the raw data to validate the two studies’ findings after questions were raised about the validity of the data source. Specifically, there were serious doubts how Surgisphere, the Illinois-based company that owns the data used in both studies, could have amassed such a large collection of details on COVID-19 patients in such a short period of time.

As reported widely in the media, including by TCTMD, the Lancet paper was a global analysis of 96,032 patients with COVID-19 from 671 hospitals showing that use of hydroxychloroquine or chloroquine is linked to significantly higher risks of in-hospital mortality and new ventricular arrhythmia during hospitalization. Almost immediately after it was published, there were doubts. A group of more than 180 scientists, researchers, and statisticians wrote an open letter to the Lancet questioning the provenance and integrity of the data.

Just 2 days ago, the Lancet and NEJM each issued an “expression of concern” stating that questions about the data’s validity had been raised. For the hydroxychloroquine paper, study authors Mandeep Mehra, MD (Brigham and Women’s Hospital, Boston, MA), Frank Ruschitzka, MD (University Hospital Zurich, Switzerland), and Amit Patel, MD (University of Utah, Salt Lake City), said they had launched an independent, third-party review to evaluate the origins of the data and the completeness of the database, and to replicate the analysis.

“Our independent peer reviewers informed us that Surgisphere would not transfer the full data set, client contracts, and the full ISO audit report to their servers for analysis as such transfer would violate client agreements and confidentiality requirements,” write Mehra, Ruschitzka, and Patel in their retraction notice. “As such, our reviewers were not able to conduct an independent and private peer review and therefore notified us of their withdrawal from the peer-review process.”

Based on that development, the study authors—excluding Sapan Desai, MD, the president and chief executive officer of Surgisphere—said they could no longer vouch for the “veracity of the primary data sources.” In a press release, the Lancet said an institutional review of all Surgisphere’s research collaborations are urgently needed.

The NEJM study was an analysis of cardiovascular drug therapy at the time hospitalization among 8,910 patients with COVID-19 treated at 169 centers and the study authors include Mehra and Patel as co-authors along with SreyRam Kuy, MD (Baylor College of Medicine, Houston, TX), and Timothy Henry, MD (Christ Hospital, Cincinnati, OH). The retraction notice states that authors were not allowed access to the raw numbers and these “data could not be made available to a third-party auditor.” As such, they were unable to validate the primary data sources in their paper, which led them to pull the study.

Interestingly, Desai signed the retraction letter to the NEJM, but his name does not appear on the Lancet retraction.

When it was published on May 22, 2020, the observational hydroxychloroquine study had a large impact on public health practice and research. The World Health Organization (WHO), for example, paused the recruitment of patients into the hydroxychloroquine arm of the SOLIDARITY trial and other regulators also pressed pause on their studies of hydroxychloroquine in COVID-19. Just yesterday, the WHO announced they were resuming enrollment in the trial after the data safety and monitoring board reviewed the data and found no safety concerns.

YOUNG-MI: Quick EF Recovery Key to Cutting Deaths in Those Under 50

Dose of Reality? Hydroxychloroquine and Chloroquine Again Disappoint in COVID-19