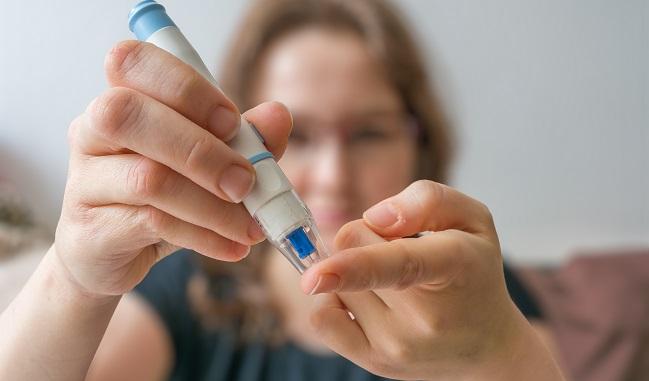 Women who experience gestational diabetes are at a substantially higher risk of having cardiovascular disease later in life, although this effect is attenuated by subsequent improvements in lifestyle and weight loss, according to an observational study.

“The present findings reinforce the importance and significance of advocating [for a] healthful diet and lifestyle among women . . . who are complicated by gestational diabetes [in the] years following the index pregnancy,” senior author Cuilin Zhang, MD, PhD, MPH (National Institutes of Health, Rockville, MD), told TCTMD in an email.

For the study, published online today ahead of print in JAMA Internal Medicine, Zhang along with lead author Deirdre Tobias, ScD (Brigham and Women’s Hospital, Boston, MA), and colleagues looked at almost 90,000 women from the Nurses’ Health Study II who reported at least one pregnancy after 1989 and were free of cardiovascular disease and cancer at baseline. A total of 5,292 women reported a history of gestational diabetes in at least one pregnancy either at baseline or follow-up.

Overall, 1,161 cases of self-reported nonfatal MI, fatal MI, or stroke were confirmed via medical records over the study period. After adjustment for age, prepregnancy body mass index, and other factors, a history of gestational diabetes was associated with a higher risk of subsequent cardiovascular disease (HR 1.43; 95% CI 1.12-1.81). However, after further adjustment for weight gain since pregnancy and updated lifestyle factors related to smoking, drinking, exercise, diet, and aspirin use, the risk of subsequent cardiovascular events associated with gestational diabetes fell slightly (HR 1.29; 95% CI 1.01-1.65).

Tobias and colleagues acknowledge the “small absolute rate increase of approximately 0.3 CVD events per 1,000 person-years observed for those with a history of [gestational diabetes]” among their patient population of primarily young white women.

Still, clinicians should “advise women who are complicated by gestational diabetes that they are at greater risk for CVD and type 2 diabetes later in their lives,” Zhang said. Additionally, “these women should try to adopt a healthy diet and lifestyle, which may mitigate their high risk.”

To broaden the generalizability of the results, he added, “more work is warranted among non-Caucasian minority populations, such as Hispanic and Asian women, who are at even greater risk for gestational diabetes than non-Hispanic Caucasians.”

Commenting on the study for TCTMD, Steven Nissen, MD (Cleveland Clinic, OH), said none of the results are surprising. “Women who develop gestational diabetes are generally less healthy, they're more obese, probably more insulin-resistant, and I have no doubt that they have a worse long-term outcome,” he said. “The point that the article makes, which is very valid and needs to be emphasized, is that if you identify gestational diabetes, it's a signal that we need to pay closer attention to these patients—to work on their lifestyle, enhance weight loss and exercise programs, and [do] things that we would do for people at risk for diabetes [generally].”

Clinicians today “may not be” doing such a good job of this, he added. Part of the reason is that the pregnancy takes a greater priority in the short-term, and the fact that glucose tolerance often improves shortly after birth in many women with gestational diabetes, Nissen explained.

“But there’s not a single group of practitioners that manages these patients,” he said. “Often they are managed by OB-GYN physicians who are not necessarily as attuned to cardiovascular prevention. They may have a diabetologist involved at some point during the pregnancy, but I think that probably we’re not as a profession sustaining a prevention effort in these patients in the way that would most benefit them.”

Programs designed to improve both lifestyle behaviors as well as postpartum health “will entail coordinated systems to identify, track, monitor, educate, and treat these women before, during, and after pregnancy,” they say. “Effective interventions for risk reduction will also require increased awareness and engagement of primary care and specialty clinicians, as well as pragmatic research studies within integrated health care systems to evaluate and achieve optimal health for women decades after the diagnosis of [gestational diabetes].”