Notably, most patients received off-pump CABG, which may affect the need for anticoagulation compared with cardiopulmonary bypass. 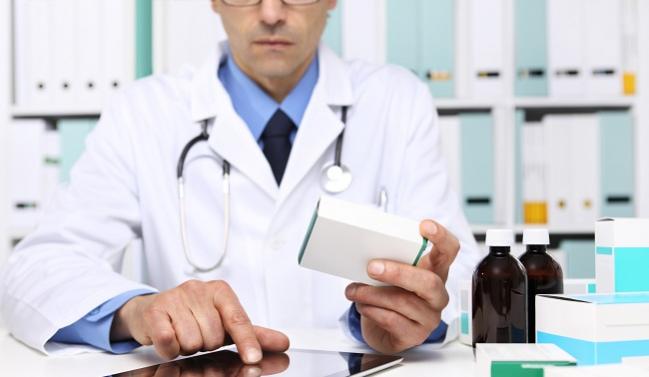 ANAHEIM, CA—Dual antiplatelet therapy (DAPT) with ticagrelor and aspirin improves saphenous vein graft (SVG) patency up to a year after CABG surgery without increasing major bleeding risk substantially compared with monotherapy, according to a Chinese study.

Treatment with the P2Y12 inhibitor ticagrelor (Brilinta; AstraZeneca) in combination with aspirin has been widely accepted as useful for preventing ischemic events in patients following an ACS or a recent stent implantation, but data are lacking regarding the optimal antiplatelet therapy regimen following CABG surgery. Given that most CABG operations today use SVGs to supplement grafting of the left internal thoracic artery (LITA)—and that upwards of 25% of them fail after 1 year and as many as 50% fail by 10 years—increasing SVG patency through antiplatelet therapy is of interest to cardiac surgeons.

A recent meta-analysis of more than 11,000 CABG patients, published online October 26, 2017, ahead of print in the American Journal of Cardiology, hinted that DAPT compared with aspirin monotherapy resulted in less MACE, all-cause mortality, and graft occlusion at a mean follow-up of 23 months without substantially increasing major bleeding. In a subgroup analysis, patients undergoing off-pump CABG tended to derive more benefit from DAPT than those who had cardiopulmonary bypass. Randomized trial data, however, are scarce.

For the DACAB study, presented in a late-breaking science session today at the American Heart Association (AHA) 2017 Scientific Session by Qiang Zhao, MD (Ruijin Hospital Shanghai Jiao Tong University School of Medicine, Shanghai, China), researchers randomized 500 CABG patients from six Chinese hospitals to treatment with ticagrelor 90 mg twice daily, aspirin 100 mg four times daily, or both medications in combination. All patients were started on their randomized therapy within 24 hours after CABG. Notably, less than one-quarter of patients received cardiopulmonary bypass during CABG, and the average number of SVGs used per patient was 2.9.

At 1 year, SVG patency was significantly better in the combination therapy group than in those receiving aspirin alone (88.7% vs 76.5%; P = 0.006), as was the rate of non-occlusion in SVGs (89.9% vs 80.6%; P = 0.0060). Dual therapy was also numerically better than with ticagrelor alone, although ticagrelor monotherapy tended to be associated with better patency (82.8%) and non-occlusion (86.1%) in SVGs than aspirin alone. Again, these comparisons were nonsignificant. Outcomes were similar in the per protocol analysis.

MACE was highest in the aspirin only arm (5.4%) compared with ticagrelor alone (2.4%) and combination therapy (1.8%). There was one instance of CABG-related bleeding in both the combination-therapy and ticagrelor-monotherapy groups, and non-CABG-related bleeding was highest in the combination-therapy arm (30.4%) compared with ticagrelor alone (12.1%) and aspirin alone (9.0%). Additionally, major bleeding occurred in three patients receiving combination therapy and two patients receiving ticagrelor monotherapy.

Zhao told TCTMD that current practice at his institution has more than 90% of his CABG patients receiving dual antiplatelet therapy for at least 1 year, many with ticagrelor but not all. The results of DACAB will encourage him to maintain his practice, he said. “This is a very common policy in our center and in the country.”

Hard to Reconcile With US Practice

Discussing the study during a media briefing, John Alexander, MD (Duke Clinical Research Institute, Durham, NC), said that while the study objective is relevant given the desire to preserve SVG patency and the findings are “compelling,” they “will be insufficient to drive changes in practice . . . because the effects on major adverse cardiac events and the bleeding trade-off for this vein graft patency have not been adequately assessed.”

To TCTMD, Michael Reardon, MD (Houston Methodist Hospital, TX), who was not involved with the study, said that he agrees with Alexander that these results are “interesting” but “preliminary.” For now, “we're going to have to balance the slightly higher graft patency versus bleeding events,” but if the DACAB patients are followed to 10 years, that data may be more convincing, he suggested.

Regarding the study design, Alexander noted that because most patients were treated off-pump, the findings will be hard to translate to the United States, where it is more common to see on-pump surgeries. Reardon explained that cardiopulmonary bypass can affect a patient’s coagulation abilities for a period of time after coming off the pump, advising: “So off-pump and on-pump [CABG] need different levels of anticoagulation.”

Also, the study intervention was not blinded to investigators, Alexander highlighted, “which might affect assessment of some of the softer outcomes, but not the primary outcome.” Lastly, he said, “little information on study drug compliance and concomitant therapy was presented.”

He welcomed further study in this arena “because the relationship between saphenous vein graft patency and subsequent clinical outcomes is not entirely clear.” Ultimately, the effect of antiplatelet therapy on clinical outcomes like MACE and bleeding is what is going to matter most in the long-term over SVG patency, Alexander argued.

Reardon said he does not use ticagrelor in any of his CABG patients because he performs all procedures on-pump. “I was never convinced off-pump was really any better, and so I use aspirin because there's really good data of aspirin versus no aspirin,” he commented, “But [when it comes to giving] something in addition to aspirin, I've never been convinced the data is there, although I remain open minded.”

“Across the board for both coronary disease and valvular disease, we're rethinking [how we treat our surgical patients] often based on what's happening in interventional cardiology,” he observed. “What we need to get is some solid data to decide if [DAPT] makes any difference [to CABG patients]. I think this is a good first step, but it's probably not going to change practice in the US right now.”

PCI vs. CABG: The Impact of Medication Adherence on Comparative Outcomes

TCT 76: Impact of Post-Discharge Dual Antiplatelet Therapy vs Aspirin Alone After CABG in Patients With Left Main Disease: Results from the EXCEL Trial