It is possible certain patients could benefit from the strategy, but one expert says that has to be proven in future trials. 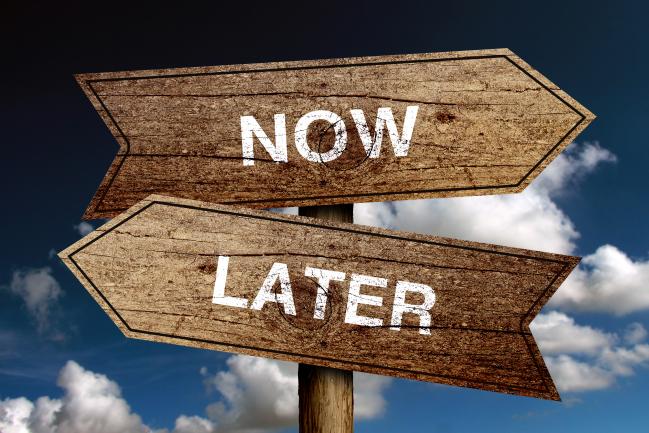 Delaying stenting in all-comer STEMI patients treated with primary PCI is not beneficial, a cardiac MRI substudy of the DANAMI3-DEFER trial confirms.

There were no differences between the deferred- and immediate-stenting groups in final infarct size, myocardial salvage, or microvascular obstruction, lead author Jacob Lønborg, MD, PhD (Rigshospitalet, University of Copenhagen, Denmark), and colleagues report in the June 13, 2017, issue of the Journal of the American College of Cardiology.

A post hoc subgroup analysis hinted at a potential advantage for deferred stenting in patients with long lesions, but Lønborg said it is possible that is simply a chance finding.

“Deferred stenting as a strategy for all-comer STEMI patients is, in our perspective, a dead issue, but of course there could be patients where this strategy is beneficial,” he told TCTMD, adding that the study shows that the approach is generally safe at least.

Commenting for TCTMD, Khaldoon Alaswad, MD (Henry Ford Health System, Detroit, MI), said deferred stenting should not be used outside of a research setting at this point, but agreed that “this study does not close the door completely” on the strategy.

It’s possible that patients who are at high risk for the no-reflow phenomenon—including those with long lesions and TIMI 0-1 flow—have something to gain from the approach, “but we need to confirm that with a clinical trial before we make it common practice,” he said.

There is some evidence to suggest that delaying stenting until after primary PCI improves outcomes. In DEFER-STEMI, for example, the strategy boosted coronary flow and myocardial salvage. But the larger DANAMI3-DEFER trial failed to show that deferred stenting lowered the rate of all-cause mortality, heart failure hospitalization, recurrent MI, or any unplanned revascularization of the infarct-related artery.

In the cardiac MRI substudy of DANAMI3-DEFER, which included 510 patients, Lønborg et al examined the impact of deferred stenting on variables associated with both mortality and heart failure, including infarct size, myocardial salvage, and microvascular obstruction. Imaging was performed after the index procedure but before discharge and then roughly 3 months later.

Final infarct size as a percentage of the left ventricle, the primary endpoint of the substudy, was not reduced with deferred versus immediate stenting (9% vs 10%; P = 0.67), with a consistent result seen in the as-treated analysis.

The strategy also did not reduce myocardial salvage index at follow-up (67% in each group; P = 0.80) or the rate of acute microvascular obstruction (42% vs 44%; P = 0.78). Although acute LVEF was slightly higher after deferred stenting, the difference disappeared by the end of follow-up.

In an accompanying editorial, Keith Oldroyd, MBChB (Golden Jubilee National Hospital, Glasgow, Scotland), highlights differences between DEFER-STEMI, for which he was an investigator, and DANAMI3-DEFER.

DEFER-STEMI included patients who had at least one risk factor for no-reflow and had greater use of glycoprotein IIb/IIIa inhibitors compared with the other trial, which included an all-comer STEMI population. In addition, there was a relatively high rate of crossover in the deferred-stenting arm of DANAMI3-DEFER, which might be explained by the fact that randomization occurred before blood flow had been restored.

“In clinical practice, and, I would suggest, in trials of this strategy, one would not select a patient for (potential) delayed stenting before having established that successful reperfusion had been established,” Oldroyd says.

Lønborg disagreed with that approach, however, pointing to the potential for using more balloons, thrombectomy, and wire manipulation—which could be harmful—to generate stable TIMI 3 flow. Thus, he said, “it’s better to randomize the patients upfront and therefore compare two strategies.”

Alaswad cautioned that randomizing patients after establishing flow could introduce substantial bias because cardiologists won’t be willing to include patients in such a study if they think stenting is needed. He said he would prefer randomizing patients “right after the angiogram but before crossing with the wire.”

Oldroyd acknowledges that the much larger DANAMI3-DEFER trial “carries massively more weight” than the DEFER-STEMI study, but agrees with both Lønborg and Alaswad that further research is necessary to explore potential benefits of deferred stenting in select patients.

“The post hoc finding of a marked benefit of delayed stenting in patients with long lesions, as defined by a requirement for a stent longer than 24 mm, is intriguing,” he writes. “One can speculate that these patients had a higher atherothrombotic burden in their culprit lesion, and therefore a higher risk of no-reflow, with more to gain from delaying stent implantation. Although there is clearly no justification for a routine policy of delayed stenting (and never was), there may still be room for a further study in high-risk patients with long lesions and/or TIMI flow grade 0 to 1 at baseline angiography.”

My Takeaways From EuroPCR 2017: Everything Perfect, Until It’s Not