The findings will not ease concerns that physicians have about how their outcomes are currently presented to the public, one expert says. 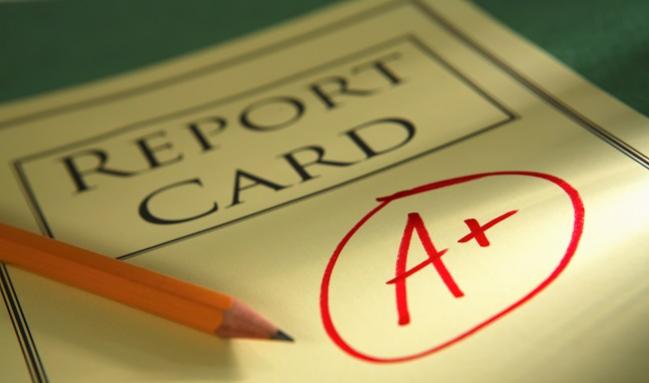 Three distinct models for reporting risk-adjusted mortality rates among hospitals and physicians performing PCI in New York State demonstrate a high degree of agreement, despite variation in how they handle the inclusion or exclusion of patients with cardiogenic shock, a new analysis shows. However, differences in the specific outliers identified underscore the continuing dilemma of how best to publicly disclose procedural results.

Currently, New York State reports risk-adjusted mortality at the hospital and physician levels for patients undergoing PCI after excluding those with refractory cardiogenic shock and a subset of those with anoxic brain injury. Researchers led by Edward Hannan, PhD (University at Albany, NY), evaluated two additional approaches: exclude both refractory and nonrefractory shock or exclude no one.

As reported in the February 13, 2017, issue of JACC: Cardiovascular Interventions, correlations between the currently used model and the two alternatives for risk-adjusted mortality rates were high at 0.92 or higher for hospital rates and 0.99 for physician rates.

There was much overlap among the outliers—hospitals or physicians with mortality rates either higher or lower than the statewide average—identified by the three models, but even so, 10% to 15% of operators who were deemed outliers with either of the exclusion approaches were not considered to be outliers in the other one.

Speaking with TCTMD, Sripal Bangalore, MD (NYU Langone Medical Center, New York, NY), who was not involved in the study, said the analysis shows that it doesn’t really matter which model is used in terms of the overall numbers of outliers, but added, “This doesn’t address the whole issue of public reporting.”

His main concern is with the narrow focus on a single outcome (risk-adjusted mortality) following a procedure. There are a plethora of ways patients can die after PCI, and most do not have anything to do with how well the operator performs the intervention, Bangalore said.

“The problem with public reporting currently is tying an event to the procedure and not considering everything else that’s around it,” he said, noting that it is as important to consider the process of care as it is to look at the eventual outcome.

“The outcome can be completely unrelated to the procedure but it’s still counted against the procedure, which I think is completely wrong” and creates a disincentive for physicians to take high-risk patients to the cath lab, Bangalore said.  “From that perspective, I don’t think this current analysis allays any of our prior concerns about cherry picking of cases and risk avoidance.”

Although public reporting of PCI outcomes was introduced as a way to increase transparency, improve consumer choice, and boost the use of best practices by hospitals and physicians, there are drawbacks. The primary concern is risk-averse behavior that results in physicians being hesitant to treat high-risk patients for fear of having black marks added to their public report cards. There is some evidence from prior studies and physician surveys to support that worry.

Some physicians and professional societies have recommended excluding certain high-risk groups—resuscitated comatose patients after cardiac arrest and patients with cardiogenic shock, for example—from public reporting requirements to combat risk-averse behavior, but there remains skepticism among interventional cardiologists that the various approaches to reporting that have been implemented present a fair picture of PCI outcomes.

Hannan et al explored two alternatives to current reporting policy in New York using the state’s PCI registry. Patients with anoxic brain injuries were excluded from the analyses. Data came from 2009 to 2013 for physician-level mortality rates and from 2011 to 2013 for hospital-level rates.

The overall numbers of high or low hospital or physician outliers were relatively similar, regardless of whether all patients with shock, just those with refractory shock, or no patients were excluded from the models.

“From this vantage, there should be significant concerns regarding which specific operators are identified using the alternative analysis policies,” they write, pointing out that the specific outliers identified with each model did not always overlap with those found with the other models.

“We would argue that the best single measure of PCI quality is the risk-adjusted mortality of nonshock patients, as this focuses attention on the largest population of patients in whom variation in patient risk would minimally influence physician outlier status,” Resnic and Majithia argue. “Under this assumption, physicians identified as negative outliers only if all shock patients are included are, in fact, ‘false-positive’ outliers. It can be additionally inferred that these physicians were identified as negative outliers only because of the high mortality of the patients they had treated in shock, since these same PCI operators were not identified as outliers in the nonshock model.”

Moreover, 20% physicians identified as negative outliers in the model excluding all shock cases were not tagged in the model including all patients, “suggesting that the high mortality of shock patients masked these providers’ relative poor outcomes in the nonshock population.”

Overall, the differences observed in identifying outliers between models “will be unlikely to assuage concerns regarding the imprecision of contemporary risk-adjustment approaches used for public reporting,” Resnic and Majithia say.

How to Move Forward

In discussing how to maintain the benefits of public reporting while mitigating the unintended consequences, the editorialists call for the inclusion of metrics other than risk-adjusted mortality on public reports, including access to care, appropriateness of treatment, and condition-specific rather than procedure-specific outcomes, and the exclusion of results for “extraordinarily high-risk emergent patients” like those with out-of-hospital cardiac arrest or cardiogenic shock from public reports.

In an email to TCTMD, Hannan agreed with Bangalore and the editorialists about the need to expand the scope of public reporting to include more than just mortality. “In that regard, New York now privately reports appropriateness rates and risk-adjusted acute MI mortality rates to hospitals, and these measures are being considered for public reporting. The latter measure encourages improved access and is disease-based, as recommended in the editorial.”

Resnic and Majithia conclude, “The demonstrated value of public reporting in improving both transparency and quality of PCI procedures is too important to be eroded by overly narrow assessments of postprocedure outcomes that fail to capture a holistic picture of healthcare quality. . . . The benefits of public reporting compel us to continue refining our strategies to ensure that quality report cards are more representative, robust, and rational.”