Stenting and endarterectomy provide roughly equal long-term outcomes, but the need for either remains unclear. 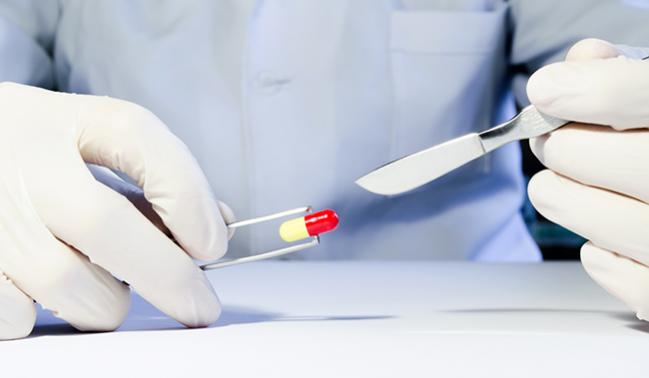 A new meta-analysis confirms periprocedural differences in outcomes between carotid artery stenting (CAS) and endarterectomy (CEA) for patients with carotid stenosis, but also shows that longer-term results are relatively comparable. Those findings, however, may not have a major impact on the ongoing discussions about which technique is better and whether either approach is superior to contemporary medical therapy, experts say.

“The results argue that these procedures are not competitive, they’re complementary, and that if a patient is to undergo one of these treatments for carotid stenosis, the selection for that type of procedure should be based on an individualized assessment of their unique risk factors . . . and also an integration with their specific anatomic characteristics which could favor one type of revascularization over another,” senior author Jay Giri, MD (Hospital of the University of Pennsylvania, Philadelphia), told TCTMD.

The combined rate of death, stroke, or MI in the periprocedural period or ipsilateral stroke beyond the periprocedural period was not different between the stenting and surgery groups (8.1% vs 7.5%; OR 1.22; 95% CI 0.94-1.59), lead author Partha Sardar, MD (University of Utah, Salt Lake City), and colleagues report in a study published in the May 9, 2017, issue of the Journal of the American College of Cardiology.

Over the longer term, strokes in any territory—including those occurring during the periprocedural period or beyond—were more frequent after stenting (8.4% vs 6.9%; OR 1.47; 95% CI 1.20-1.79), although among patients who did not have a periprocedural event, ipsilateral strokes were observed at similar rates with both procedures through a median follow-up of 5.3 years.

According to Giri, the findings are largely concordant with the two most recent and best-performed trials comparing CAS and CEA and provide insight into the nuances involved in selecting the most appropriate procedure for individual patients. Moreover, despite the differences in periprocedural complications, long-term stroke prevention is “extremely similar” with the two approaches.

As such, the controversy over whether stenting or endarterectomy is better “should be put to bed,” Giri said, and use of the two procedures for individual patients with carotid stenosis should be considered in the same way as coronary stenting and CABG, with surgeons and interventionalists collaborating to identify the optimal strategy. Instead, availability of carotid stenting is restricted by coverage decisions from the Centers for Medicare & Medicaid Services (CMS) and other payers.

Clinical neurologist Seemant Chaturvedi, MD (University of Miami, FL), who was not involved in the meta-analysis, disagrees with Giri about the equal footing of CAS and CEA and thinks the tighter rein on stenting is appropriate.

Speaking with TCTMD, he said the relative importance of the periprocedural complications with each approach needs to be considered. “I think the majority of neurologists still view endarterectomy as the better technique, especially for symptomatic patients,” Chaturvedi said.

But, he added, “having said that, I think we should recognize that the results with stenting do appear to be improving, especially with better patient selection.”

Giri and Chaturvedi agreed on one point, what Giri called the elephant in the room: a question more important than CAS versus CEA is whether revascularization is needed at all in the current era. That question is being addressed in the ongoing CREST 2 trial, which compares stenting and surgery to intensive medical management—but not to each other—in patients with asymptomatic high-grade carotid stenosis.

Both physicians strongly recommended that stakeholders across the various specialties involved in treating carotid stenosis should put their patients in the trial, which has reportedly suffered from slow enrollment. Chaturvedi, who serves on the trial’s executive committee, said enrollment has picked up in the last 6 months, however.

“If all different specialties work together, including neurologists, surgeons, cardiologists, and radiologists, there’s no reason why we can’t complete enrollment in the next 2 to 3 years,” he said.

“This meta-analysis is distinguished from other meta-analyses by inclusion of studies with the most contemporary CAS technique and by careful analysis of cranial nerve injury,” Robert Safian, MD (Beaumont Health, Royal Oak, MI), observes in an accompanying editorial. “Detractors of this study will assert that the greater risk of MI after CEA is less important than minor strokes after CAS, a position that derives support from a post hoc CREST analysis.”

He points out, however, that periprocedural MI has been associated with an increase in late mortality in CREST and other meta-analyses, and also that there is some evidence suggesting that cranial nerve injury may be more detrimental than minor stroke.

Safian goes on to describe the “known unknowns” and “known knowns” regarding carotid revascularization.

“The most important ‘known known’ is equipoise between CAS and CEA,” he says. “The most important ‘known unknowns’ are the merits of optimal medical therapy and revascularization (which must await the results of CREST 2), and the response of professional societies and [CMS] to the overwhelming body of evidence that has been accumulated over two decades to support reimbursement for CAS.”

As for “unknown unknowns,” he concludes, “I hope that [they] will be based on real issues about patient care, and not on payment, politics, and turf.”