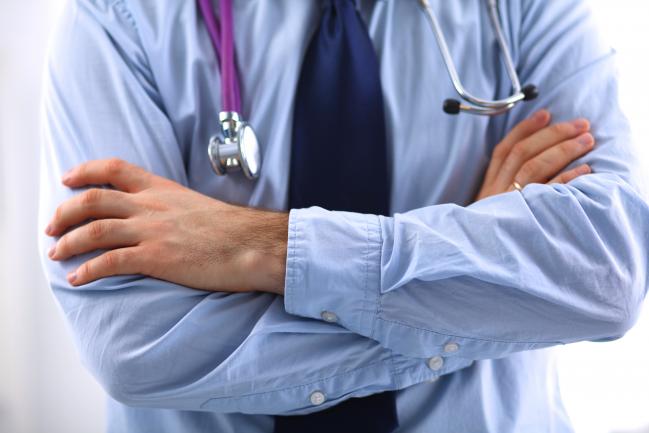 Do angiotensin receptor blockers (ARBs) provide the same degree of cardiovascular protection as ACE inhibitors, particularly for the prevention of MI, or should the clinical guidelines be updated to give preferential space to ACE inhibitors for the treatment of hypertension?

In dueling viewpoints published May 30, 2017, in Circulation, two different groups debate these and other questions. Martin Strauss, MD (North York General Hospital, Toronto, Canada), and Alistair Hall, MBChB (Leeds MRC Medical Bioinformatics Center, England), take the position that “no individual trial or meta-analysis has observed an impact of ARB treatment on the incidence of MI, cardiovascular mortality, or all-cause mortality.”

On the other side, Franz Messerli, MD (University Hospital, Bern, Switzerland), and Sripal Bangalore, MD (New York University School of Medicine, New York, NY), argue that such a conclusion is based on faulty indirect comparisons between the drug classes. In head-to-head trials testing ARBs and ACE inhibitors, they say, the fact that there is no difference in all-cause mortality, cardiovascular mortality, or MI between the agents supports, rather that detracts, from their use.

The MI Paradox With ARBs

The “MI paradox” associated with ARBs first emerged with the 2004 publication of the VALUE trial, a 15,245-patient study comparing the efficacy of valsartan with the calcium-channel blocker amlodipine in patients with hypertension.

Despite the same degree of blood-pressure lowering, valsartan was associated with a significantly higher risk of fatal and nonfatal MI when compared with amlodipine. And given that ACE inhibitors had been shown to reduce cardiovascular events, including MI, some individuals speculated that ARBs may increase the risk of MI.

In their viewpoint, Strauss and Hall point out that the divergent effects of ACE inhibitors and ARBs were confirmed in a meta-analysis by the Blood-Pressure Lowering Treatment Trialists’ Collaboration. Independent of blood-pressure lowering, ACE inhibitors reduced the risk of coronary heart disease events by 9%, while ARBs had no blood pressure-independent effects on coronary events.

Hall, one of the investigators who showed ramipril reduced the risk of death compared with placebo in MI patients in the 1993 Acute Infarction Ramipril Efficacy (AIRE) study, told TCTMD that ARBs have largely been a disappointment.

“When ARBs emerged, people kept saying they were going to be the next best thing and we kept waiting for it to be proven,” he said. “Instead, companies began pushing these drugs heavily while ACE inhibitors were generic. It wasn’t a level playing field. So, myself and others asked for the evidence, and yet trial [after] trial was a disappointment. A lot of that seems to be forgotten.”

Strauss and Hall cited a 2016 systematic review/meta-analysis of 41 clinical trials testing ARBs against placebo and active comparators that failed to demonstrate a reduction in all-cause mortality. The failure of ARBs to reduce mortality was seen in high-risk patients, hypertensive patients, and individuals with diabetes, they state.

Hall said that nearly 800 people die from hypertension every hour, the equivalent of two jumbo jets’ passengers. “So, if we want to manage this problem, then you have to give a drug that stops people from dying,” he said. There is no evidence ARBs reduce mortality, “yet they are the major drug choice in hypertension,” he added.

In their viewpoint, Messerli and Bangalore point out that VALUE created a “tempest in the teapot and led to extensive scrutiny of outcome data” with ARBs. Since 2004, though, numerous clinical trials, meta-analyses, and reviews have challenged the presumption that the drug class increases the risk of MI.

For these researchers, the MI paradox with ARBs was based on indirect comparisons and “ignores the wealth of solid data from direct head-to-head trials.”

“Unfortunately, I think there is still a bit of a legacy effect,” Bangalore told TCTMD, referring to the landmark ACE inhibitor-versus-placebo trials showing reductions in mortality and MI. “This is what happens when there’s sensational news—it tends to linger,” he said. “In the last 10 years, there have been a number of clinical trials, with many of these studies showing no difference between ACE inhibitors and ARBs, but people tend to remember the older trials.”

The head-to-head data, Bangalore told TCTMD, show ARBs are “just as good” as ACE inhibitors in terms of cardiovascular risk protection. Given the equivalency in terms of clinical events, not to mention cost now that ARBs are largely available as generics, “it makes sense to accept that the difference between the agents is minimal, if anything,” he commented.

“In fact, we should probably lean more towards ARBs since they’re more tolerable,” said Bangalore. “For hypertension, where patients take these drugs for decades, I would rather use a medication that is better tolerated than an ACE inhibitor.”

Wanpen Vongpatanasin (University of Texas Southwestern Medical Center, Dallas, TX), the associate editor of Circulation and hypertension specialist, told TCTMD the ARB/MI paradox remains a contentious issue and that this is the reason they sought to publish this point/counterpoint.

“I think it is a controversial topic as the strength of data for ARBs is not as strong as ACE inhibitors,” she told TCTMD. “However, my personal bias is that there is benefit of ARBs but it’s harder to prove in the new era when patients take other classes of drugs that can lower cardiovascular risk, like statins.”

For example, the Heart Outcomes Prevention Evaluation (HOPE) study, which was published in 2000, showed that the ACE inhibitor ramipril significantly reduced the risk of death, MI, and stroke in a broad range of high-risk patients, but the trial was conducted before patients routinely took statins, said Vongpatanasin. In contrast, in many of the ARB studies, patients were aggressively treated with background primary and secondary prevention treatment strategies.

In fact, this argument is the same one made by Messerli and Bangalore. They note that the placebo groups in the placebo-controlled ACE inhibitor and ARB studies differed dramatically given that they were conducted almost a decade apart, a time period in which cardiovascular event rates declined approximately 50%. The difference between ACE inhibitors and ARBs with respect to clinical-event reduction can be explained by the higher mortality, cardiovascular mortality, and MI event rates in the placebo arm.

“The major difference between ACE inhibitors and ARBs is the timeline,” Bangalore told TCTMD. “We’ve had ACE inhibitors for 20 or 30 years, and ARBs were the new kid on the block, so to speak. The trials were done in different eras—background therapy completely changed, there were more smokers in ACE [inhibitor] era, and a lot more emphasis on prevention in the new era. That’s why it’s been very difficult in the past 10 or 15 years to show a major benefit of many of the cardiovascular drugs.”

He noted that the one of perceptions, at least with regard to ARBs, is that their promotion 10 years ago was driven by the financial interests of pharmaceutical companies. However, now that the drugs are available as generics, such an argument doesn’t hold, said Bangalore.

Hall said that while he can see the logic in the “background therapy” argument, it’s inadequate for explaining the lack of benefit in the ARB studies. Many of the large, international ARB trials took place outside the US in countries where event rates were higher and were equivalently powered to detect differences in clinical outcomes, he argued.

My Takeaways From EuroPCR 2017: Everything Perfect, Until It’s Not

HOPE-3: Reducing LDL Cholesterol Improves Outcomes in Intermediate-Risk Patients, but BP-Lowering Does Not