An optimized implantation technique only goes so far, say experts, with the mechanisms underlying scaffold thrombosis influenced by other variables. 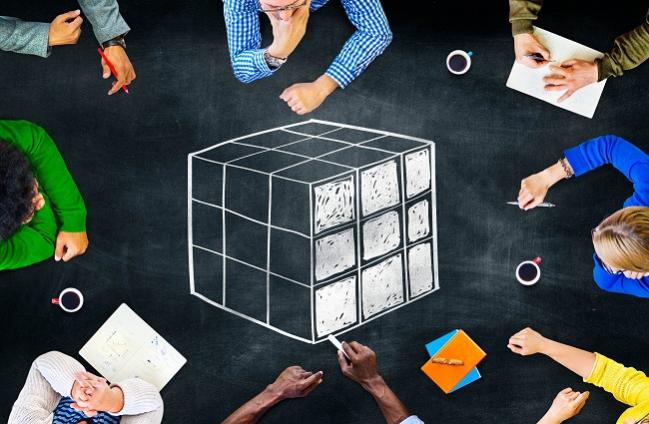 Specifically, ABSORB II found the newer device did not result in an improvement in vasomotor tone and increased late lumen loss when compared with the Xience everolimus-eluting stent (Abbott Vascular). Additionally, Absorb was associated with a twofold greater risk of device-oriented clinical events, including target-vessel MI and scaffold thrombosis.

At the time, lead investigator Patrick Serruys, MD (Imperial College, London, England), said he was disappointed in the findings. “It’s not what we were expecting,” he said.

The 3-year outcomes left more than Serruys scratching his head, with many physicians and researchers wondering why the stent—which is designed with the aim of restoring normal vessel physiology—failed to live up to its promise. In a new paper published January 26, 2017, in EuroIntervention, Kyohei Yamaji, MD, PhD, Lorenz Räber, MD, PhD, and Stephan Windecker, MD (Bern University Hospital, Switzerland), address what role the device, the operator’s technique, and the lesion characteristics play in determining long-term success with the Absorb device.

Speaking with TCTMD, Azeem Latib, MD (San Raffaele Scientific Institute, Milan, Italy), who was not part of the review but who has extensive experience with Absorb, said the 3-year ABSORB II data definitely shook things up, “creating a lot of excitement and publicity” based on the six reported cases of definite very late scaffold thrombosis (> 365 days). While he thinks the fears might be overblown, he believes it is correct the field has taken a step back to think about the technology.

“We don’t really understand completely what the mechanisms of failure are for BVS,” Latib said. “There’s also a lack of uniform definitions. Every paper you read defines and talks about mechanisms of BVS failure in a different way.”

If the research community is to understand these mechanisms, it first needs to consistently define them before it can move towards resolving the issue of scaffold thrombosis. “Without understanding the pathogenesis, we’re all here wondering is it technique, is it the scaffold, is it the polymer, or is it the lesion treated?” Latib said.

The Absorb stent is bulkier, with thicker struts, than current-generation drug-eluting stents, and interventionalists have said it is trickier to implant given these stent characteristics. It has been likened to a first-generation DES, with operators stating that technique is critical to achieving good clinical outcomes.

In fact, Abbott requires physicians complete an online training program and requests they complete three cases with an Abbott proctor. The training is designed to “reinforce optimal stent implantation techniques, including proper vessel sizing, lesion preparation, and postdilatation,” according to the company.

In their review, Yamaji, Räber, and Windecker note that a recent post hoc analysis of observational data suggested the risk of scaffold thrombosis can be reduced when investigators adhere to this Absorb-specific implantation strategy. In some of the earliest experiences with Absorb, postdilatation was performed in less than 50% of cases, with infrequent use of intracoronary imaging, they state.

“While the implementation of such a device-specific implantation strategy will undoubtedly affect early (within 1 year) outcomes, its impact on long-term results and, in particular, the risk of very late scaffold thrombosis is the subject of ongoing debate,” they write.

The reviewers cite a real-world series published by Akihito Tanaka, MD (San Raffaele Scientific Institute), one which Latib co-authored, that included 264 patients with 400 lesions treated with the Absorb stent. In the analysis, which included a large number of patients with bifurcated and calcified lesions, operators adhered to an Absorb-specific implantation strategy and reported that definite or probable scaffold thrombosis within 2 years occurred in three patients (1.2%). Still, the rate of clinically driven target lesion revascularization was 6.6% at 1 year, which is almost double the rate observed in patients treated with Xience.

“[I]t appears that even under the best of circumstances, including a dedicated implantation strategy, intervention by expert operators, and guidance by intracoronary imaging, the device per se imposes limits that are challenging to surpass in complex set­tings,” state the reviewers.

To TCTMD, Latib said physicians shouldn’t underestimate the importance of the implantation strategy but agreed there are limitations with the technology even when best practices are applied. “The big issue is that second-generation drug-eluting stents have really been superb,” he said. “The outcomes have been incredible. They really set the benchmark. It would be nearly impossible for any new technology, in the short term, to show an advantage, in terms of efficacy and safety, over the second-generation drug-eluting stents.”

After the ABSORB II presentation, Latib said they called every single patient in their database implanted with the BVS. In doing so, they didn’t identify any additional late scaffold thromboses.

“We used a very good strategy for implantation from the very beginning,” he said, “and that explains things to some degree. Also, because these were complex patients, a lot of them are taking dual antiplatelet therapy. We didn’t stop at 1 year. That’s a possible confounding variable.”

In their review, Yamaji and colleagues point out that optical coherence tomography (OCT) studies have shown an association between early scaffold thrombosis and malapposition, incomplete lesion coverage, and device underexpansion. The aforementioned mechanisms, as well as uncovered struts, discontinuity, recoil, and restenosis, have also been shown to be associated with late and very late events.

This suggests that approximately half of patients suffering from late or very late scaffold thrombosis were related to mechanisms that might be modified by an optimized implantation strategy, according to Yamaji, Räber, and Windecker.

That said, there are some things that might be beyond the control of physicians, say the reviewers. While an optimized implantation strategy can correct some variables, others, such as late recoil, restenosis, and discontinuity, might not be amenable to improvements in technique. Factors, such peri-strut low-intensity area—an OCT measure associated with inflammation and neointimal proliferation—and neoatherosclerosis, are almost certainly beyond altering with an optimized implantation strategy, they state.

“Really, to move the field forward, we need new technology,” said Latib. “We need second-generation devices with thinner struts. . . . I think we should be optimistic that there are newer-generation [bioresorbable] scaffolds becoming available, not with just thinner struts but with different polymers as well. I think it will have a big impact on the field.”

The Bioresorbable Stent Story So Far: What Promise? What Price?