Patients who can tolerate it should receive DAPT or oral anticoagulation after closure because it likely lowers thrombus risk, one expert said. 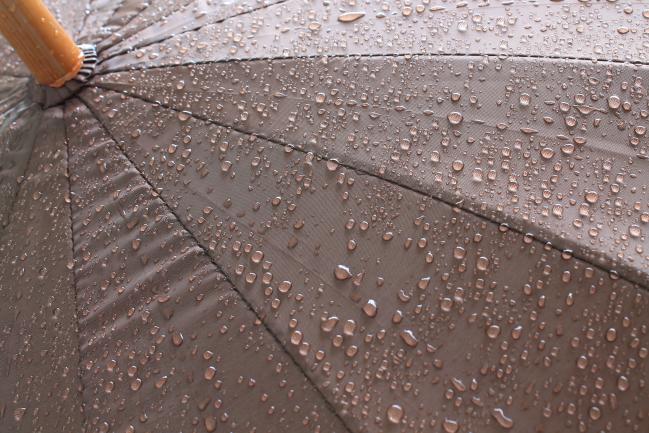 Device-associated thrombus is not an infrequent finding after left atrial appendage (LAA) occlusion and carries a greater risk of future ischemic stroke or TIA, a French registry study shows.

The real-world results call into question the idea of “benign device-related thrombus” in this setting and should raise a red flag for patients who cannot tolerate even short-duration antithrombotics after device placement, experts say.

In the study, thrombus was detected at a rate of 7.2% per year among patients treated with a Watchman device (Boston Scientific) or Amplatzer Cardiac Plug or Amulet closure device (Abbott) across eight centers in France, according to researchers led by Laurent Fauchier, MD (Trousseau University Hospital, Tours, France).

Patients with thrombus detected had a more than fourfold greater risk of ischemic stroke or TIA during follow-up (HR 4.39; 95% CI 1.05-18.43), they report in a study published online ahead of the April 10, 2018, issue of the Journal of the American College of Cardiology.

“Therefore, active screening for early detection and treatment of device-associated thrombus should be performed during post-implantation surveillance,” they say.

Jacqueline Saw, MD (Vancouver General Hospital, Canada), agreed, saying she was surprised only 72% of patients in the French registry underwent imaging of the LAA at least once during follow-up. Patients undergoing LAA closure should routinely undergo imaging at least once 6 to 12 weeks after the procedure because if thrombus is identified, anticoagulation is required to resolve it, she told TCTMD, adding that additional imaging between 6 and 12 months could be considered in patients with high-risk characteristics.

Post-closure antithrombotic therapy remains highly variable—including no treatment at all, single antiplatelet therapy, dual antiplatelet therapy (DAPT), or oral anticoagulation (OAC)—and is being evaluated in multiple ongoing randomized trials, including ASAP-TOO and STROKECLOSE. But while awaiting those results, “I think the best we can do for patients who can tolerate DAPT or OAC post-LAA closure is to administer that because in this study we’ve seen that patients who can receive [those therapies] have a lower risk of [device-associated thrombus],” said Saw, who is co-principal investigator of ASAP-TOO.

Transcatheter LAA occlusion has emerged as an option for stroke prevention in patients with A-fib who are not good candidates for long-term oral anticoagulation, but device thrombus has been identified at rates generally falling in the range of 3% to 6%; one small study published in 2013 reported a rate of 17.6%.

“At this point, we don’t really fully understand the etiology of device-associated thrombus, which is really one of the Achilles heels of this device therapy,” Saw said.

To take a closer look at this complication, Fauchier and colleagues retrospectively analyzed data on 469 patients with A-fib who underwent LAA closure in France between February 2012 and January 2017; 58% were implanted with a Watchman device and the rest with an Amplatzer Cardiac Plug or Amulet. The indication for LAA occlusion was prior bleeding in 90%, a contraindication to oral anticoagulation in 73%, and recurrent ischemic stroke in 5%.

Through a mean follow-up of 13 months, only 72% of patients underwent LAA imaging with transesophageal echocardiography (TEE) or CT at least once. Among those patients, the rate of device-associated thrombus was 7.2% per year. Older age and a history of ischemic stroke were associated with a higher risk of thrombus, whereas use of DAPT or oral anticoagulation at discharge were related to a lower risk.

Saw noted that the overall rate across all devices was higher than in prior studies, including other real-world registries, but pointed out that differences in populations make cross-study comparisons difficult. The current study is limited, too, by the low rate of follow-up imaging, the large proportion of patients receiving no antithrombotic therapy or only single antiplatelet therapy after the procedure, and the use of both TEE and CT for imaging of the LAA. All of those issues could influence the rate of detected device-associated thrombus, she said.

As for the difference in thrombus rates between devices, Saw said it’s dangerous to make such comparisons in studies like this one, especially when there are clear differences in the antithrombotic regimens that were used. Patients receiving an Amplatzer versus Watchman device were less likely to be treated with oral anticoagulation or antiplatelet therapy at discharge, for instance.

The researchers concur with Saw’s caution, saying, “Definite conclusions for comparisons between devices would not be appropriate, even though multivariable analysis has been done, because it would not eradicate the confounding variables between these groups.”

In an accompanying editorial, Miguel Valderrábano, MD (Methodist DeBakey Heart and Vascular Center, Houston, TX), says this study has “high relevance” because it’s “large, it lacks industry support, the data presented reflect ‘real-life’ LAA occlusion practice (with all its strengths and limitations), and the study shows a divergence from the promoted dogma of seemingly all-positive findings related to LAA occlusion.”

Device-associated thrombus “is not just a failure of LAA occlusion as a preventive strategy—it is plain iatrogenesis,” Valderrábano says.

Commenting for TCTMD, Brian Whisenant, MD (Intermountain Medical Center, Murray, UT), said that “most of us have felt that [device-related thrombi] must have clinical consequences—because logic would suggest that—but the evidence has been lacking. This is the first publication that I’m aware of where device-associated thrombus has clearly been associated with stroke.”

The take-home message from the study is that “we need to be highly cautious in patients who cannot take oral anticoagulants even for a limited period of time,” Whisenant said. “Our current thinking is that most patients should be able to receive at least a brief duration of oral anticoagulants after receiving a device and I think at this point with the current devices and until we have more data we should stick to that.”

Valderrábano concludes that this study “should not be interpreted as disqualifying LAA occlusion, which remains a valuable option. Rather, it should highlight the relevance of patient selection, postprocedural imaging, and postprocedural medical therapy to achieve favorable outcomes.”