There is still a need for more real-world safety data, particularly in patients with chronic kidney disease treated with DOACs, say researchers. 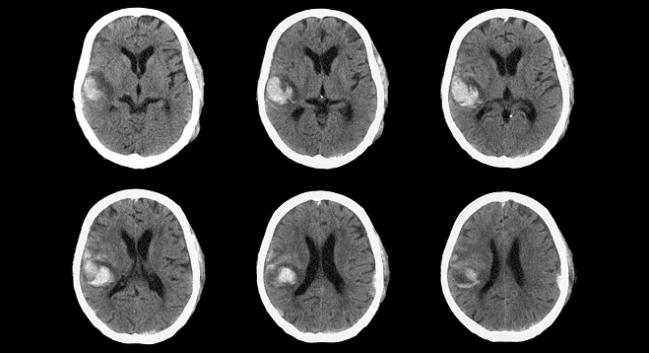 Patients with venous thromboembolism treated with a direct oral anticoagulant (DOAC) are not more susceptible to major bleeding or at a higher risk of death when compared with patients receiving warfarin, the results of a new observational analysis suggest.

In the first 90 days following the start of anticoagulation therapy in nearly 60,000 patients with a new diagnosis of venous thromboembolism, the risk of major bleeding was similar between DOAC- and warfarin-treated patients, report investigators.

Despite the reassurances, they say, there is still a need for more real-world data, particularly longer-term follow-up and safety information in selected patient groups.

“There are still some uncertainties,” senior investigator Brenda Hemmelgarn, MD, PhD (University of Calgary, Alberta, Canada), told TCTMD. “I think we do need to better understand the long-term safety—beyond 6 months—as well as the safety of DOACs in patients with advanced kidney disease. This is a group in particular that is typically excluded from trials and in whom the risk of major bleeding is greater compared with other patient groups. So there still are other potential areas we need to explore further.”

Morten Lamberts, MD (Copenhagen University Hospital Herlev and Gentofte, Hellerup, Denmark), who was not involved in the study but who has analyzed bleeding complications in A-fib patients treated with DOACs, told TCTMD the results are clinically relevant given the widespread adoption of the drugs.

Despite the increased utilization of the agents, though, there is still a need for real-world data showing how safe the agents are outside the controlled environment of a randomized trial. “A large study such as this, showing no disadvantages of DOACs compared to the alternative warfarin support clinicians in the decision-making that DOACs seem safe,” Lamberts commented via email.

Published October 17, 2017, in the BMJ, the researchers identified patients using healthcare data from five Canadian provinces and one US healthcare database (MarketScan). In total, 11,812 patients were treated with rivaroxaban (Xarelto, Bayer/Janssen), 539 with dabigatran (Pradaxa, Boehringer Ingelheim), and 104 with apixaban (Eliquis, Bristol-Myers Squibb). Their bleeding and mortality risks were compared with those of 47,036 warfarin-treated patients.

For Hemmelgarn, the rationale for the analysis was to assess the safety of the relatively new DOACs in a real-world setting, particularly given some reports suggesting higher bleeding risks with the new agents and others finding comparable safety. Randomized controlled trials, she noted, are tightly controlled settings and unlikely to capture potential adverse events that may occur when drug use is expanded beyond the trial populations, she said.

To TCTMD, Lamberts noted that given that 95% of users in the observational analysis were taking rivaroxaban, no firm conclusions about safety in the can be made regarding dabigatran, apixaban, or the unstudied edoxaban (Savaysa, Daiichi Sankyo).

“What is important is no mortality difference was seen within 90 days,” he said. “That is reassuring.”

Hemmelgarn cautioned that their results are observational, meaning that no firm conclusions can be made based on the data. That said, at least in this analysis, it does not appear that DOAC use is associated with an increased risk of major bleeding compared with warfarin, she told TCTMD.

Severe Aortic Stenosis Gets Its Own Appropriate Use Criteria

NOACs as Effective as Warfarin for Reducing Stroke, but Apixaban and Dabigatran May Carry Lower Bleeding Risk: Registry