The pioneer for the controversial technique who led the Brave Dreams trial now says “liberation therapy” is ineffective and warrants no further study. 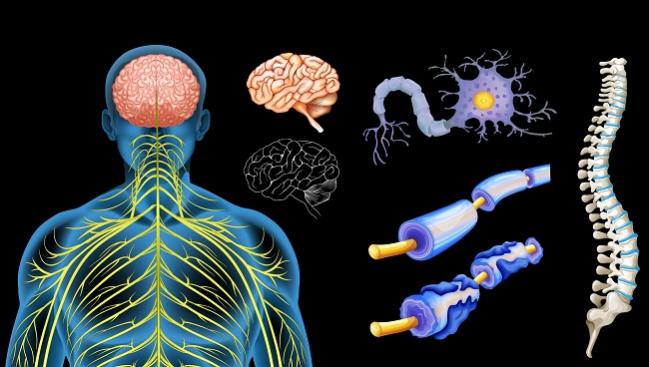 In a paper published online November 18, 2017, in JAMA Neurology, Paolo Zamboni, MD (University of Ferrara Hospital, Ferrara, Italy), and members of the Brave Dreams Research Group report that the randomized trial they conducted of venous angioplasty versus a sham procedure showed no difference between groups in functional composite measure over 12 months. Treatment also did not significantly reduce the appearance of new combined brain lesions on MRI at 0 to 12 months.

“The hypothesis that venous PTA can significantly reduce disability is rejected by findings from this study, which not only found no difference between the groups on the functional composite measure but also no difference for any of its five components,” Zamboni and colleagues write. The components were walking control, balance, manual dexterity, post-void residual urine volume, and visual acuity.

Two papers by Zamboni initially fueled interest in angioplasty for MS in 2009. One reported that up to 70% of patients with MS had evidence of chronic cerebrospinal venous insufficiency (CCSVI), while control subjects uniformly did not. Zamboni and colleagues outlined criteria for the diagnosis of CCSVI, which they hypothesized led to increases in cerebral venous pressure. In the second paper, they reported that their extracranial vein angioplasty technique improved clinical outcome measures of MS, functional status, and physical as well as mental quality of life.

Since then, a number of researchers have tried and failed to replicate Zamboni’s positive results. The Brave Dreams trial was Zamboni’s response to those who said a randomized trial was needed. It enrolled 115 patients with relapsing-remitting disease from six MS centers in Italy between August 2012 and December 2014. Patients were randomly assigned to the PTA group (n = 76) or the sham group (n = 39), whose intervention consisted of catheter venography without venous angioplasty. All operators in the trial were trained in the same technique and issued an accreditation.

A Nail in the Coffin, but Not the Last?

“The procedure cannot be recommended for treatment of patients with MS; no further double-blinded clinical studies are needed,” Zamboni and colleagues conclude.

One component of the MRI endpoint was deemed worthy of discussion by the authors. At 12 months, more patients in the intervention group than in the sham group were free of gadolinium-enhancing lesions (73% vs 49%, OR 2.76; 95%CI 1.14-6.68). This difference disappeared after adjustment.

The signal, however, prompted Zamboni et al to conduct a post hoc analysis looking at timing of the new lesions. They found no difference between the angioplasty and sham groups between 0 and 6 months, but from 6 months to 1 year the number was significantly fewer in the intervention group. This delayed benefit may imply that vascular therapy may have a positive effect on “the dynamic of the blood-brain barrier,” they write.

Noted vascular surgeon Frank J. Veith, MD (NYU Langone Medical Center, New York, NY), who was not involved with the study, told TCTMD that this post hoc finding leaves “a little wiggle room” for those who remain optimistic about the venous insufficiency hypothesis of MS. “This paper makes the therapy seem a little bit more discouraging, but I don’t think it completely eliminates the possibility that for some patients it might have value,” he said.

While acknowledging that he is much more skeptical now that he was a few years ago, Veith urged caution.

“Randomized trials are important and this one appears to have been well-conducted, but [they] are not always the final answer,” he said. “This is another nail in the coffin, but it’s not the final nail.”

‘Absolutely No Benefit to Treatment’

That view is not echoed in the editorial accompanying the study. Here, Ari J. Green, MD, MAS (University of California, San Francisco), and colleagues say the results suggest “absolutely no benefit to treatment, with the primary endpoint actually favoring the sham procedure.”

Green and colleagues also sound another note of warning, one which has implications beyond this trial. They note that the Brave Dreams investigators had trouble enrolling patients because many were unwilling to be randomized to the sham arm, in which they would “therefore forgo a treatment that the media had emphasized as beneficial.”

According to Green and colleagues, the CCSVI theory had many features of a self-perpetuating idea.

“It reaffirmed worry in some quarters that clinicians and the healthcare industry were conspiring to maintain certain chronic diseases, such as MS, rather than effectively cure them, to ensure patient dependence on the healthcare and pharmaceutical industries,” they write. “It also offered some degree of salvation, providing the promise of hope and reassurance to people living with a potentially devastating neurological illness for which cure and definitive treatment remain elusive.”

As such, Green et al say: Zamboni and colleagues should be applauded for their “clear-eyed evaluation of their earlier theory.”

2 years ago
I was diagnosed with Multiple Sclerosis (MS) in October 2011, at the age of 55. I woke up one morning with numbness in my lower back and legs, I couldn't feel my feet touching the floor. I saw my doctor and had an MRI to see if I had a disc problem, it was negative and she told me she feared MS. I was sent to a neurologist, had two more MRIs, and was told that night that I have four lesions on my spine MS. I tried every shots available but nothing worked. In 2015, my neurologist and I decided to go with natural treatment and was introduced to Natural Herbal Gardens natural organic MS Herbal formula, i had a total decline of symptoms with this treatment, the numbness, terrible back pains, stiffness, body weakness, double vision, depression and others has subsided. Visit Natural Herbal Gardens official website ww w. naturalherbalgardens. com. This treatment is a breakthrough for all suffering from Multiple sclerosis, i am strong again!

Intervention in Multiple Sclerosis for Chronic Cerebral Spinal Venous Insufficiency (CCSVI): Is It Worth the Effort Involved to Test It?